How Cargo Bikes are Reshaping the Streets in Germany 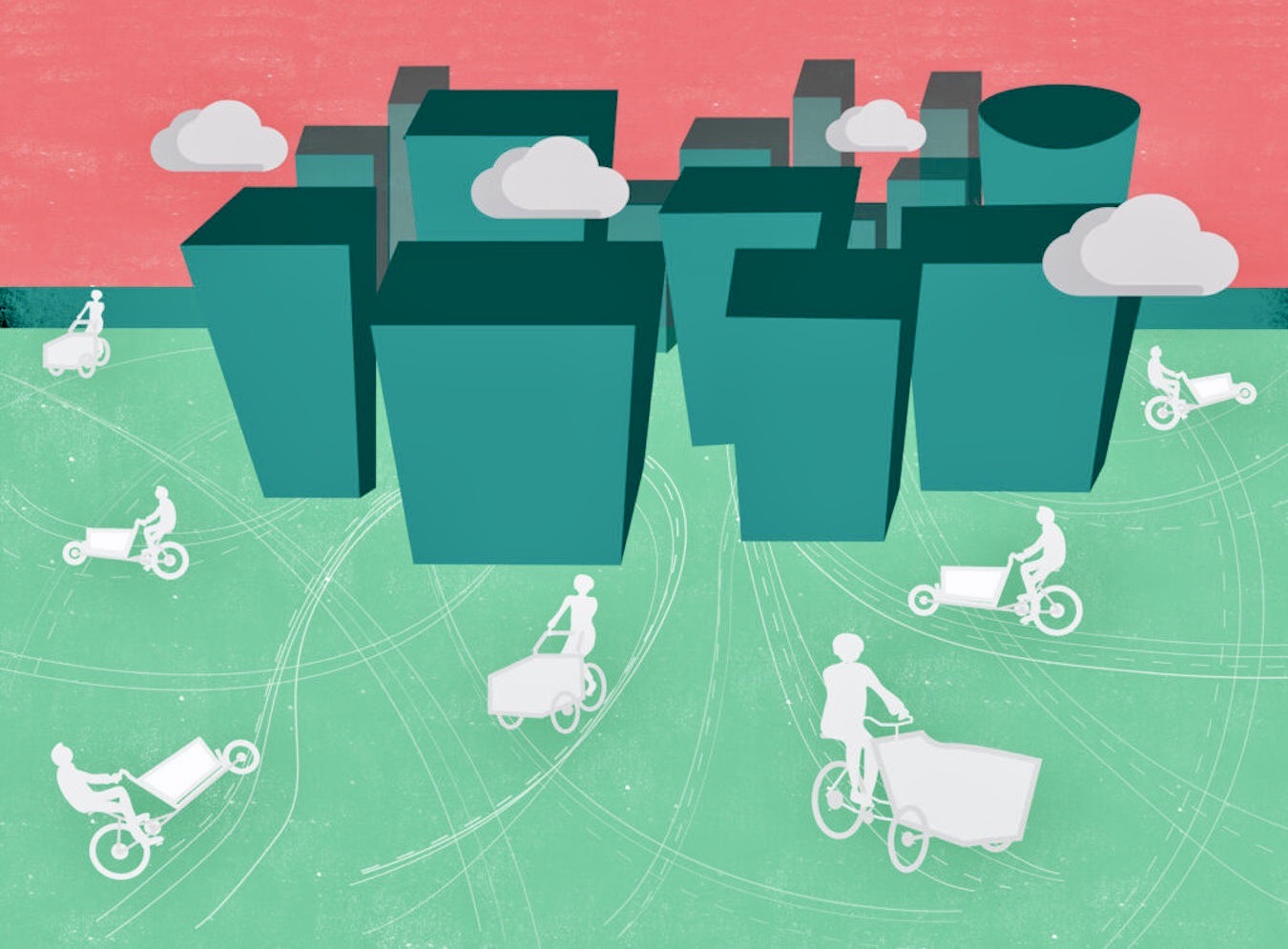 According to a study conducted by the research group Zweirad-Industrie-Verband (ZIV), 15,000 cargo bikes were sold in Germany in 2016, while more than 100,000 were sold in 2020, marking a 36% growth compared to the previous year. The figures for 2021 are not yet available, but despite supply chain constraints and components shortages thanks to the pandemic-caused global “bike boom,” ZIV forecasts another record year.

Not surprisingly, this report has inspired start-up mobility firms like the Hamburg based brand, Muli, to develop a new compact cargobike that boasts a foldable basket that can serve as a trunk, while another Hamburg-based producer, Yoonit, has created a cargo bike that offers three different carrying options.

“Yoonit was founded under the roof of uuio GmbH, explicitly created in 2016 as a sort of hub for creative ideas and start-ups,” says Johann Cohrs who founded the company together with Sebastian Kühnel and Niels Römer.

“Initially we financed the company from our own resources, but we now are in the position to receive funds from different sources,” adds Cohrs.

Other smaller manufacturers in the cargo bike segment have a longer heritage. Michael Kemper for example founded his company Kemper Fahrradtechnik in 1988 with tailor-made bikes for long distance traveling. As early as 1992, he added the first cargo bikes to his portfolio.

How was demand for cargo bike in Germany fulfilled at that time?

“Deliveries came from the Netherlands,” says Michael Kemper. “Concept-wise the sky is the limit at the moment. Carlo Cargo from Kenzingen in the south of Germany, for example, came up with the idea of an electrically supported trailer.”

“Perhaps the large manufacturers were not assured that this product would be successful enough in terms of volume. But now they are. Compared with these innovators, some of Germany’s leading players on the e-bike and bicycle market have made a very late start,” further explains Kemper.

“Perhaps the regular bicycle manufacturers were not confident about future expectations of cargo bikes when looking at the market. But this situation has changed and many of them stepped in with product introductions,” Kemper goes on to say.

For example, just last year, Bergamont introduced a new range of cargo bikes called the E-Cargoville. Since then even automakers have been keen to cash-in on the trend, with Volkswagen set to launch its first cargo bike this year called the eBike Cargo3, which was first unveiled back in 2018.

Additionally, as an alternative to the traditional car, the well-known German bike brand, Canyon, recently came up with the idea of the Future Mobility Concept bike, a four-wheeled, enclosed e-bike that’s design to protect the driver from the elements.

“The Future Mobility Concept combines the advantages of a car and an e-bike in one, making it the ultimate vehicle for the daily commute. It’s fast and stable enough for road traffic, yet light and maneuverable enough for the bike path when you want to pass the next traffic jam,” explains Canyon.

In the near future, Germany’s cargo bike producers might experience additional tailwind in the form of subsidies. So far, the landscape of financial support for this category is very fragmented, with some local governments offering incentives to purchase cargo bikes, while others aren’t.

But, following last year’s elections that drove Angela Merkel and her CDU-party out of office, new political factions like the Green Party, the Social-Democratic Party (SPD), as well as the Liberals (FDP) are pushing for cleaner and more efficient transportation modes.

In fact, a majority of members in all three parties have been openly advocating a nationwide subsidy for cargo bikes, with the Green Party already proposing a €1,000 subsidy on every cargo bike, while there are signs that the SPD, the winner of the election, seems to be following the same path.

What about advocacy from cargo bike companies themselves?

“A nationwide promotion for this means of transport would be a long-expected signal from the government to the industry. Low-emission mobility should be supported at all levels,” Yoonit-co-founder Cohrs.

It’s clear that companies and citizens alike recognize how cargo bikes have the potential to help reshape the urban landscape in Germany toward  cleaner, more efficient modes of transportation.

However, whether or not officials in Germany feel the same, remains to be seen.