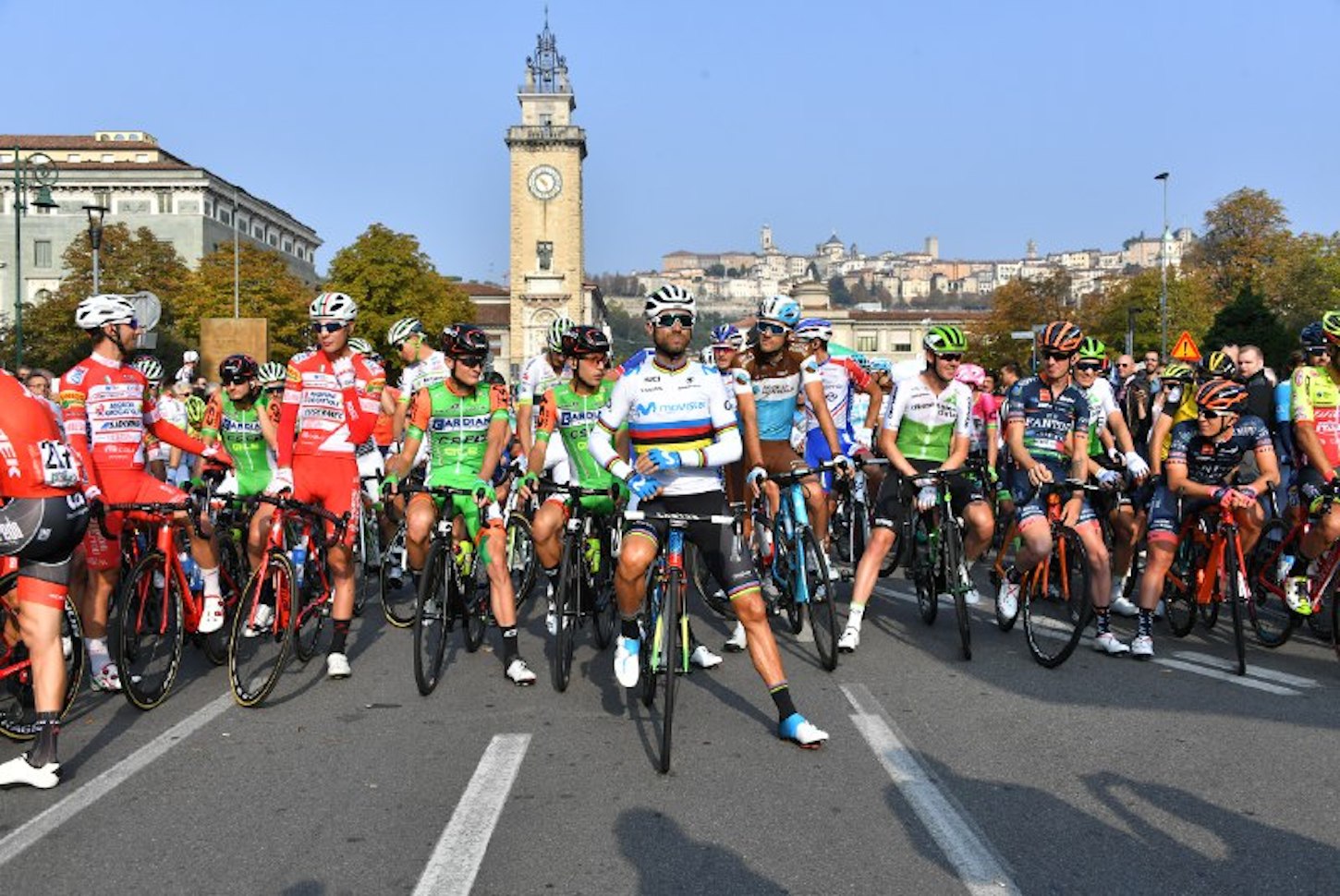 Nibali later crossed the finish more than half a minute behind his French rival, while Dylan Teuns (BMC Racing) rounded out the podium in a sprint for third – a further 11 seconds down.

Today’s decisive move was made along the climb of the Muro di Sormano., wherein Primož Roglič (LottoNL-Jumbo) initiated a long-range attack that was quickly countered by Nibali and Pinot on the descent – leaving the peloton behind them.

With 19 kilometers remaining, Egan Bernal (Team Sky) managed to bridge his way to the trio. But, it wasn’t long before he and Roglič fell back on the climb, leaving Pinot and Nibali up front.

After several attempts, Pinot finally succeeded in distancing Nibali at the summit of the Civiglio, going solo during the last 14 kilometers as Nibali failed to offer a response.

From there, the escapees’ lead continued to grow, swelling to almost six minutes before they reached the climb of the Colle Brianza.

However, with 50 kilometers to go, the peloton finally reined in the group as the race hit the challenging ascent of the Muro of Sormano, where Roglič animated things with an initial attack.