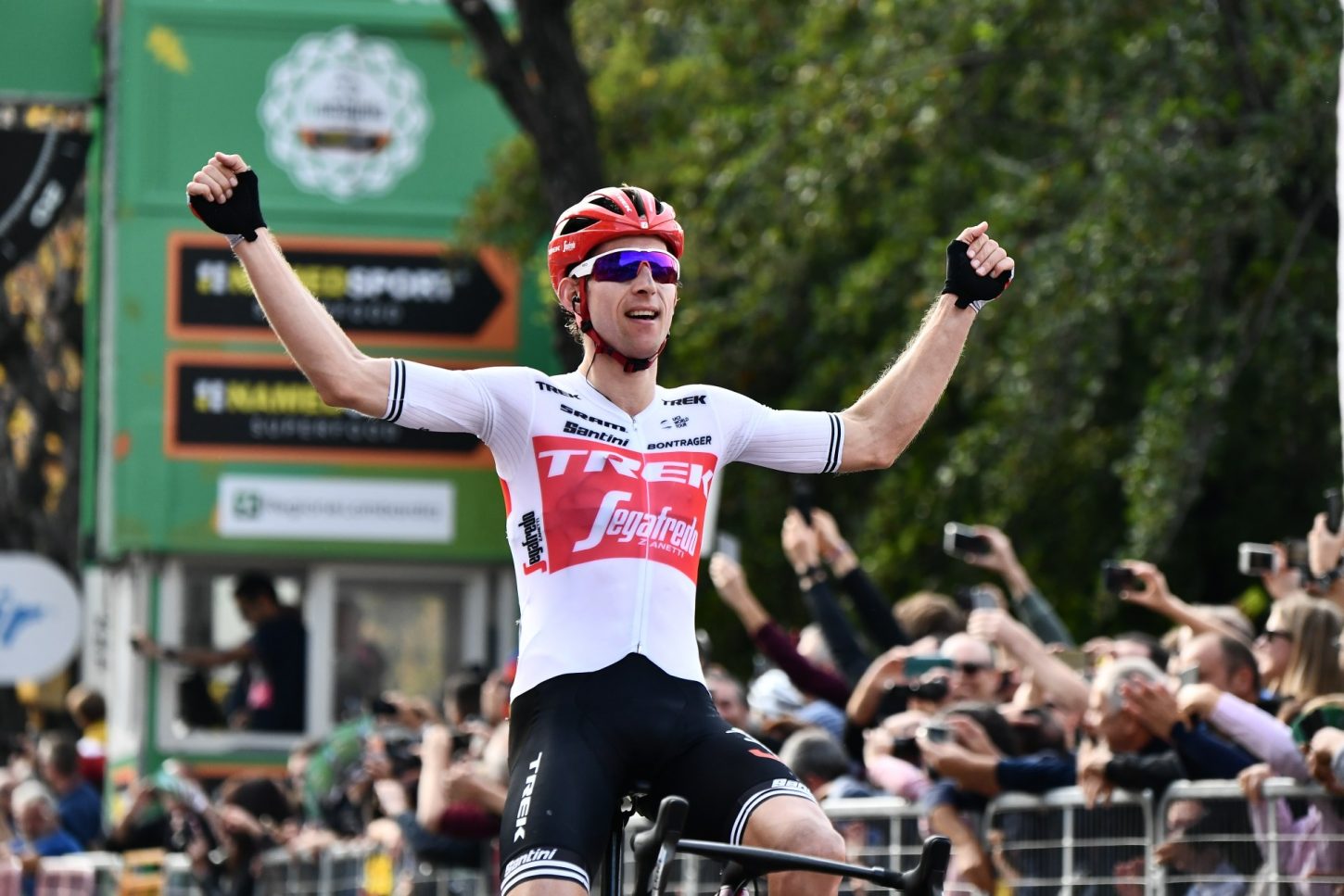 Bauke Mollema (Trek-Segafredo) won today’s Il Lombardia, soloing to victory in the Race of the Falling Leaves after the Dutch rider attacked on the penultimate climb of the Civiglio with 18 kilometers to go.

Despite a late chase effort from a group riders spearheaded by Alejandro Valverde (Movistar), Egan Bernal (Ineos) and Jakob Fuglsang (Astana), the Trek-Segafredo rider hung on to claim a solo victory.

As a result, Mollema became the first Dutch rider to win the famous Italian race in 40 years, following in the footsteps of the great Hennie Kuiper.

After the race, he explained how he took his moment.

“I knew I had to go because, when the guys were attacking on the Civiglio, they were more explosive than me when they slowed down I knew it was my moment to go. I knew the downhill really well, and I knew they wouldn’t go faster than me. The last 10 kilometers it was just full gas all the way.”

In the crucial moments after Mollema attacked, the other riders in the lead group hesitated before giving chase. Movistar and EF Education First looked to Jumbo-Visma to do the lion’s share of the chasing, understandable given the ferocious form that Roglic has been in this year.

However, a lull from the chasers granted Mollema enough of an advantage that by the time a serious effort to bring him back hd gotten got underway, it was too late.

Nevertheless, Roglic, seeking his third win of the Italian autumn classics week after victories at the Giro dell’Emilia and Tre Valli Varesine, set off in pursuit.

But, the Slovenian rider was reeled back in along the final climb to San Fermo della Battaglia by Fuglsang, Michael Woods of EF Education First, Bernal and Valverde.

Mollema’s lead over that select group was 30 seconds as he came over the top with just over kilometers of mainly downhill remaining. And, after dropping down to the flatter roads approaching the finish on the shores of Lake Como, he had ample time to savor his victory.