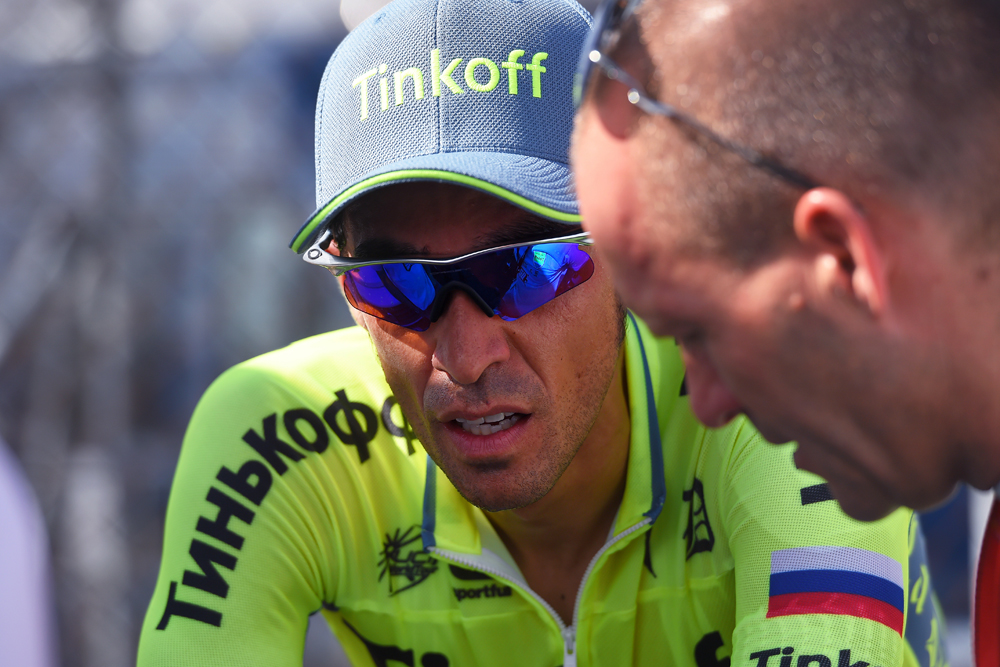 Alberto Contador will miss out on the Giro di Lombardia after falling ill ahead of the Italian WorldTour race.

“Goodbye to Il Lombardia,” Contador wrote on Twitter. “After preparing and taking care of myself, a flu is preventing me from participating. Good luck in your last WorldTour race Tinkoff Team.”

The cancellation is a fitting end to Contador’s up-and-down season. The Spanish rider  won the Tour of the Basque Country, but went on to crash out of the Tour de France. ‘El Pistolero’ then returned to win the Vuelta a Burgos, but missed out on a podium spot in the Vuelta a España, losing his third place to Esteban Chaves in the last mountain stage.

While the illness keeps Contador from riding his last WorldTour race with Tinkoff, he will still get a chance to represent the Russian team before the end of the season as he is scheduled to take part in the Abu Dhabi Tour in October.