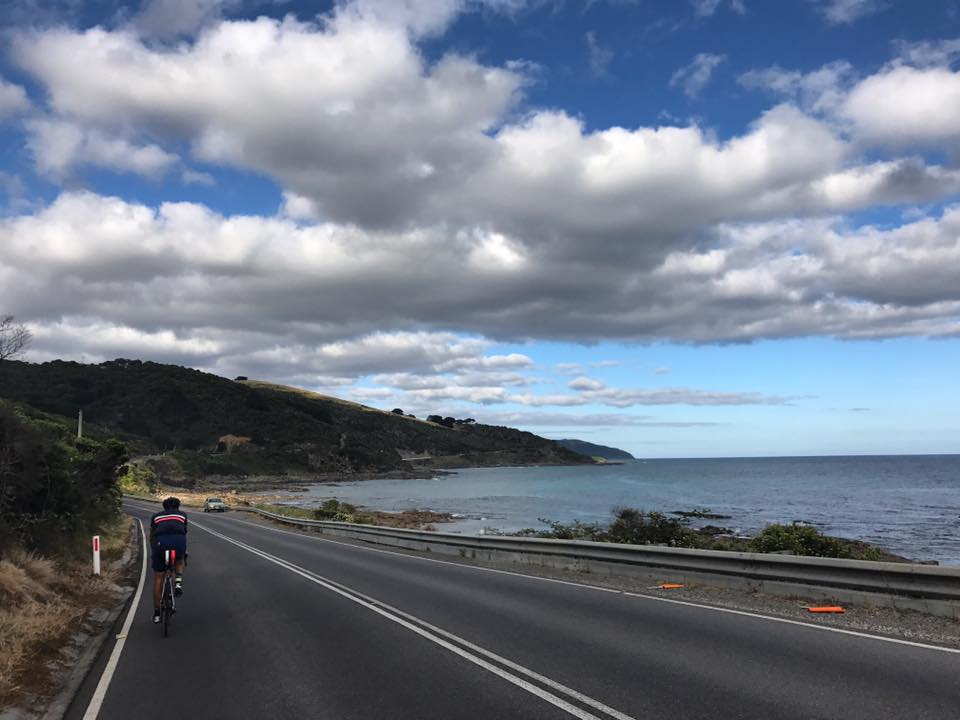 The inaugural Indian Pacific Wheel Race is a solo, unsupported, 5,500 kilometer event running ocean-to-ocean across Australia, inspired by the grand tours of bike packing: the Tour Divide, the Trans Am Bike Race and the Transcontinental.

A first-class international field rolled out from Fremantle, WA at 6:00am on 18th March 2017, and will finish on the steps of the Sydney Opera House.

Needless to say, this race was not for the faint of heart or for those not deft of wrench.

The course includes a number of distinct sectors with very different characteristics, which will surely challenge any “Overlander” of his or her cycling mettle.

We hope to get period reports on the progress of the race.

What if you temporarily took leave from the safety of everyday life to battle through a challenge that scares you? What if your only worries were riding, finding food and water and a place to sneak a few hours of sleep? What if you forgot your self-imposed limits just to see what you were truly capable of for once? What if you were a racer at heart? Why wouldn’t you want to take on the toughest races on the planet? Do you have a deep respect for the pioneers of endurance cycling and the big names of bikepacking; the sort of respect that is hard to put into words? Do you wonder if maybe, just maybe, you could be one of them?
​
By the 1890s the modern bicycle design had settled and this new machine spread like a virus around the world. The bicycle was then fastest way to travel long distances overland. Intrepid young Australians with an appetite for adventure strapped what they needed to their bikes and headed into the outback in an effort to be the first, or the fastest, to cover the vast distances between Australia’s major centres. With no roads, few known food or water sources, no reliable maps and rudimentary equipment, these early “Overlanders” were lauded by the media and worshipped by the public. Entire towns lined their streets to greet the Overlanders as they rode through. Stories of adventure and survival in exotic places captivated the public. These were the first bikepackers. Their history has been lost.
​
The Overlanders were not professional athletes. Like the first grand tour riders, they sought an escape from the drudgery of everyday life. They were determined to satisfy their hunger for adventure and test their limits against other Overlanders in long distance showdowns over thousands of miles.