Intense Racing Expected at the 2018 Cyclocross World Championships in Valkenburg 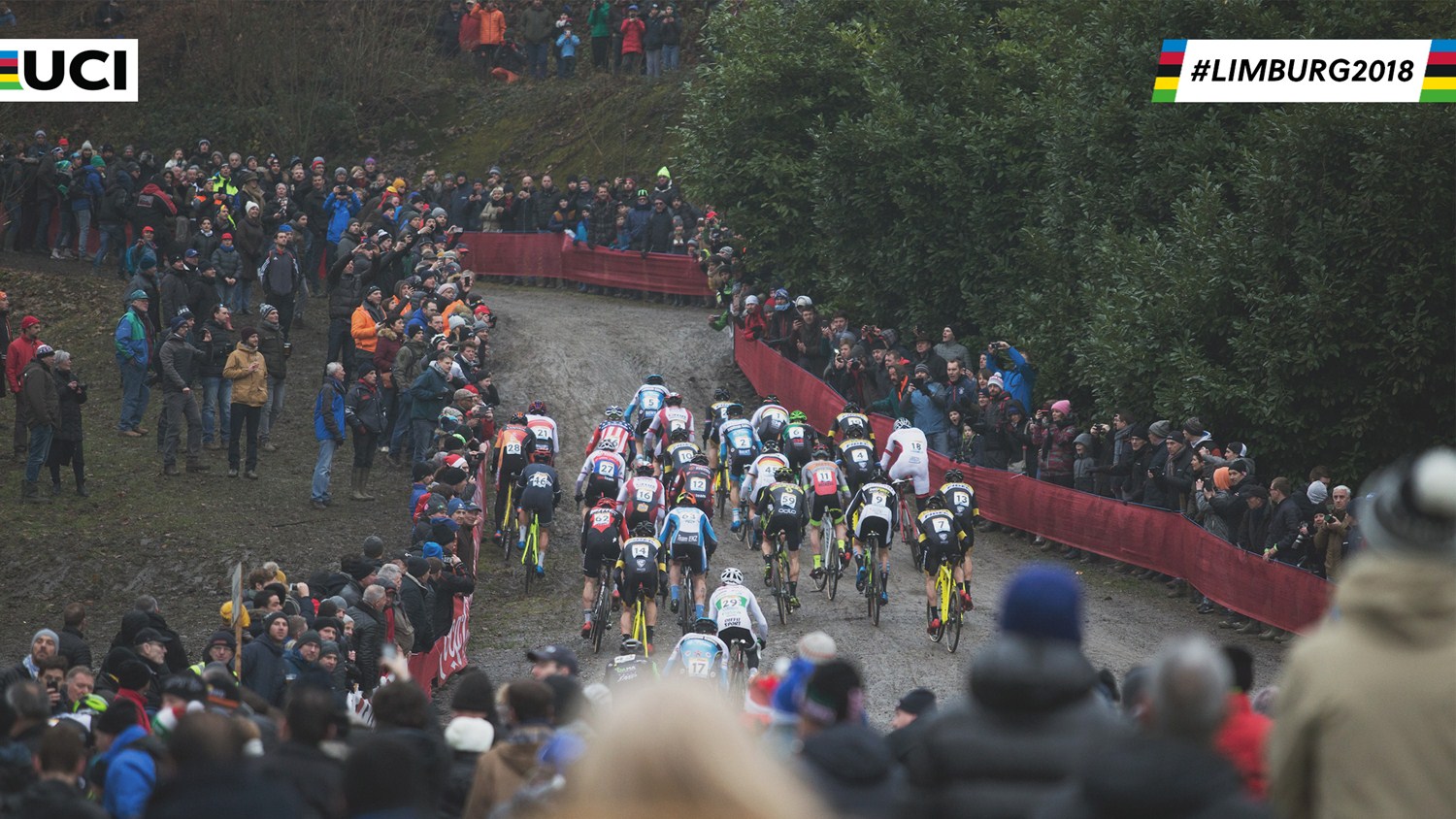 A long 2017-2018 UCI cyclocross World Cup season led the world’s best cyclocross riders from the USA, where they raced the first two rounds last September, to Europe for the remaining seven rounds, finishing in the Netherlands for the ninth and final round in Hoogerheide. One week later, on February 3 and 4, the season reaches its climax in the same country at the 69th edition of the UCI Cyclocross World Championships in Valkenburg-Limburg. More than 300 riders from 23 nations will race up and around the famous Cauberg climb for one of the five events that will be held over the weekend.

The weather forecast appears to be perfect… for cyclocross. There have been a lot of rain showers in Valkenburg the last few days. The course is muddy and will stay that way. Luckily, there’s only a small chance of rain on race days, and temperatures will hover between freezing point and five degrees Celsius.

The race course has been praised by cyclo-cross icon Sven Nys as the best of the past 20 years. Course designer Adrie van der Poel neatly tweaked the course that was used in last year’s World Cup round.

The start/finish is completely new. Just after the start, riders will enter a forest section which although bumpy, is largely downhill. However the muddy conditions mean it will not be unduly fast.

In the middle of the 3.350m loop the riders will tackle the long climb that characterized the Valkenburg round of the UCI World Cup last October. However they will still need plenty of energy in the tank as the finish is long and difficult with a natural climb then stairs and a bridge just before the last turn and run-in to the line.

Racing kicks of at 11am Saturday with the Men Junior category. Last year, the Great-Britain team led by Thomas Pidcock managed a 1-2-3. This year, there are countless favourites from multiple countries like UCI World Cup winner Tomas Kopecky (Czech Republic). Local riders Pim Ronhaar and Mees Hendrickx have a good chance to please the home crowd.

Evie Richards (Great-Britain) is the top favourite in the Women Under 23 category which starts at 1pm. She won the first Women U23 world title in 2016 and was third last year. This season, she won the Namur World Cup round in the Elite Women category. Defending UCI World Champion Annemarie Worst is no longer in this category. On a good day, Laura Verdonschot (Belgium) and Emma White (USA) might challenge Richards.

The big race on Sunday is the one in the Men Elite category at 3pm. Some expect home rider Mathieu van der Poel to blow the race apart, as he has been doing throughout the season. Others are waiting to witness a big duel with Wout Van Aert (Belgium). These two riders will be the only previous UCI World Champions at the start line. Van der Poel will want revenge for last year’s unlucky race in Bieles. Defending double UCI World Champion Wout Van Aert has never won in Valkenburg and will be looking to break that tradition. The top-2 seems certain but it’s hard to predict number 3. In this field, Lars van der Haar (the Netherlands) is the only other rider with podium experience at worlds, apart from veteran Francis Mourey (France). Valkenburg specialist Michael Vanthourenhout (Belgium) could also be a good pick.