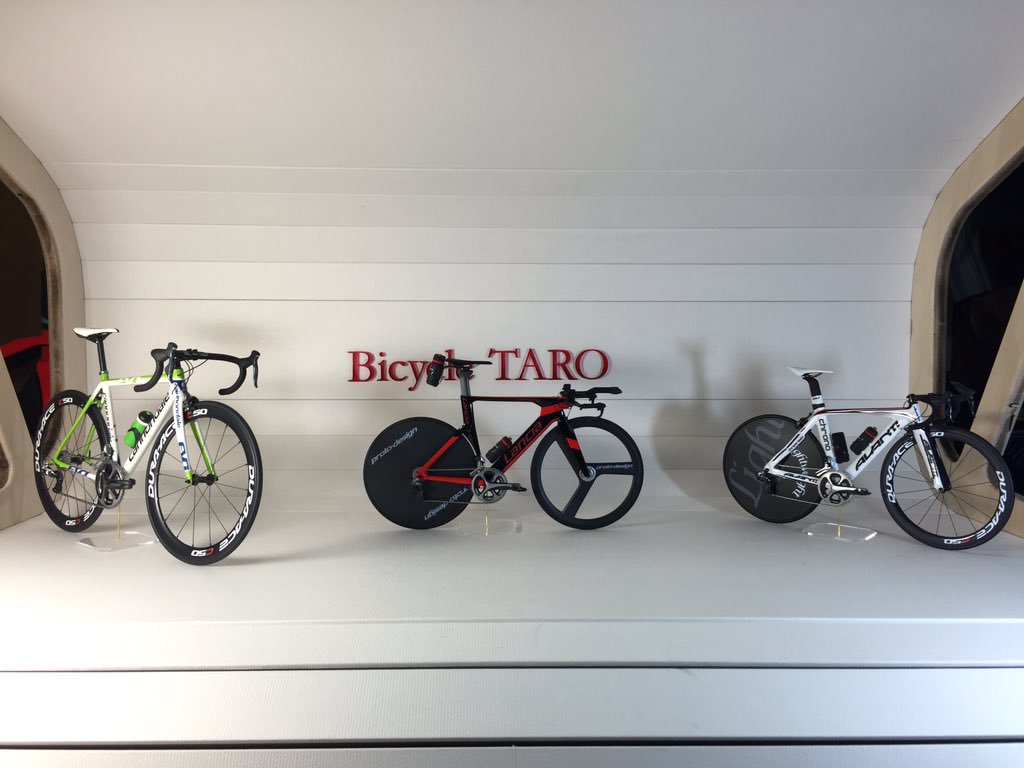 At first glance, a person would think he or she were looking at an actual bike. However, upon closer inspection, one quickly learns that these bikes are actually intricately made miniature replicas made suing 3D printing.

Using Twitter as the only known source for displaying their marvelous creations, Bicycle TARO frequently uploads images of its latest miniatures.

As you can see, the miniatures go far beyond just the bikes. Indeed, they include such elaborately detailed parts and accessories as complete groupsets, wheels, “cockpit” components and even helmets and water bottles.

Believe it or not, Bicycle TARO are considered amateurs, who make up Japan’s annual Wonder Festival, wherein scores of other amateur designers turnout to show-off their so-called “garage made” creations.

Amateurs nothing! Just look at the details of these miniatures!