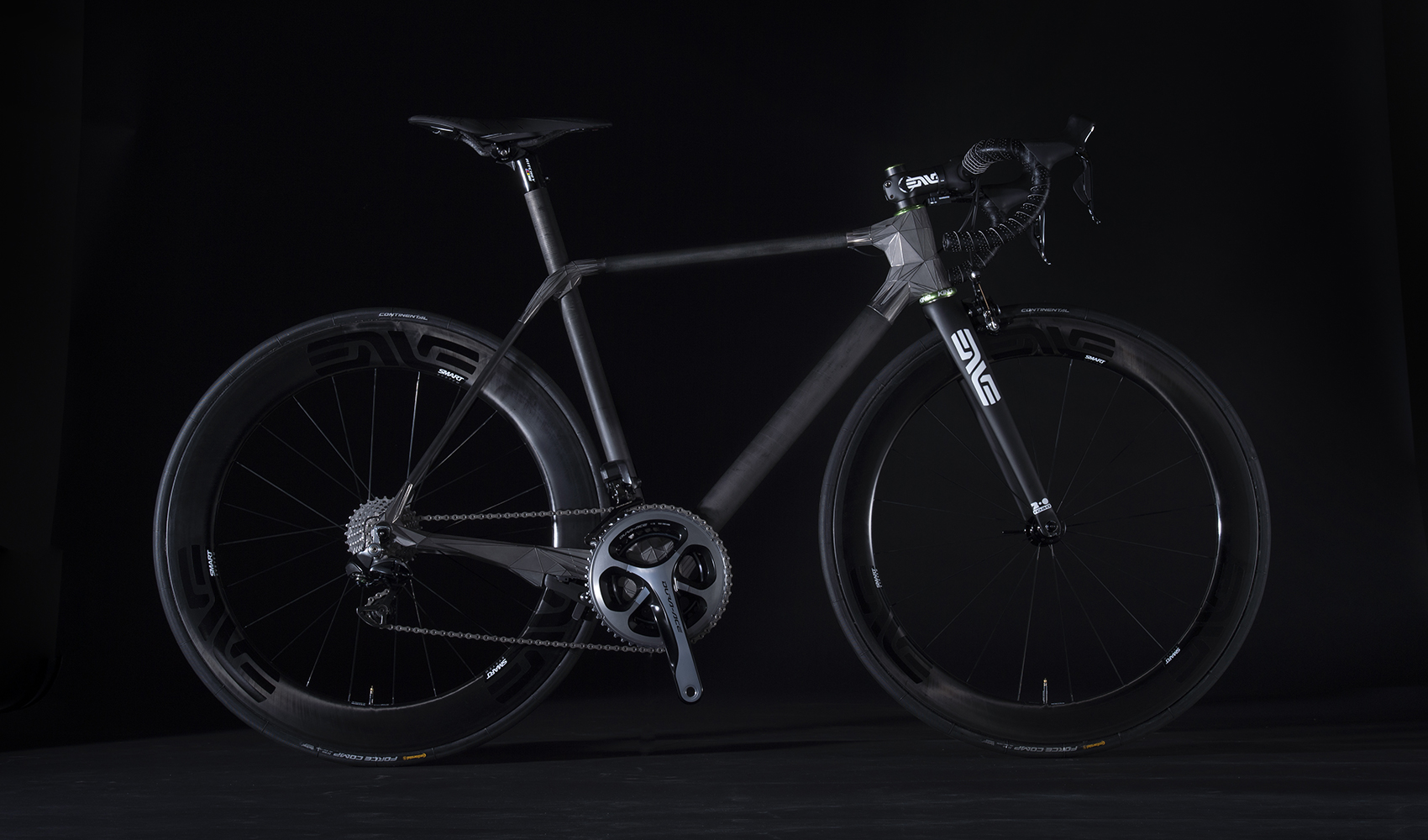 24 Apr 2015
By Campionissimo - In FEATURED ARTICLES, THE DOUBLE DIAMOND

In addition, according to Tripe Bottom Line, the DFM01 can be customized for each individual rider.

“This is a key factor of this frame,” says Satoshi Yanagisawa.

“Basically, our geometry generating system, currently under development, allows us to create a perfectly optimized frame geometry from an individual user’s information (height, arm and leg length, flexibility, and so on). The system takes those numbers then creates optimised 3D geometry. Obviously, the majority of bike manufacturers are doing this phase – creating different frame geometries – by hand at the moment.”

Triple Bottom Line claims that the first prototype of the DFM01, weight in at approximately 15.4 pounds, as built with a Shimano Dura-Ace groupset, and ENVE fork, bar, stem and wheelset.

While, there have been several attempts on the part of engineers to create a bike from 3D printing technology, none have thus far proven to be viable design beyond the concept stage. Triple Bottom Line believes they have bridged that gap.

Triple Bottom Line has plans to exhibit the DFM01 at this year’s London Design Festival in September.