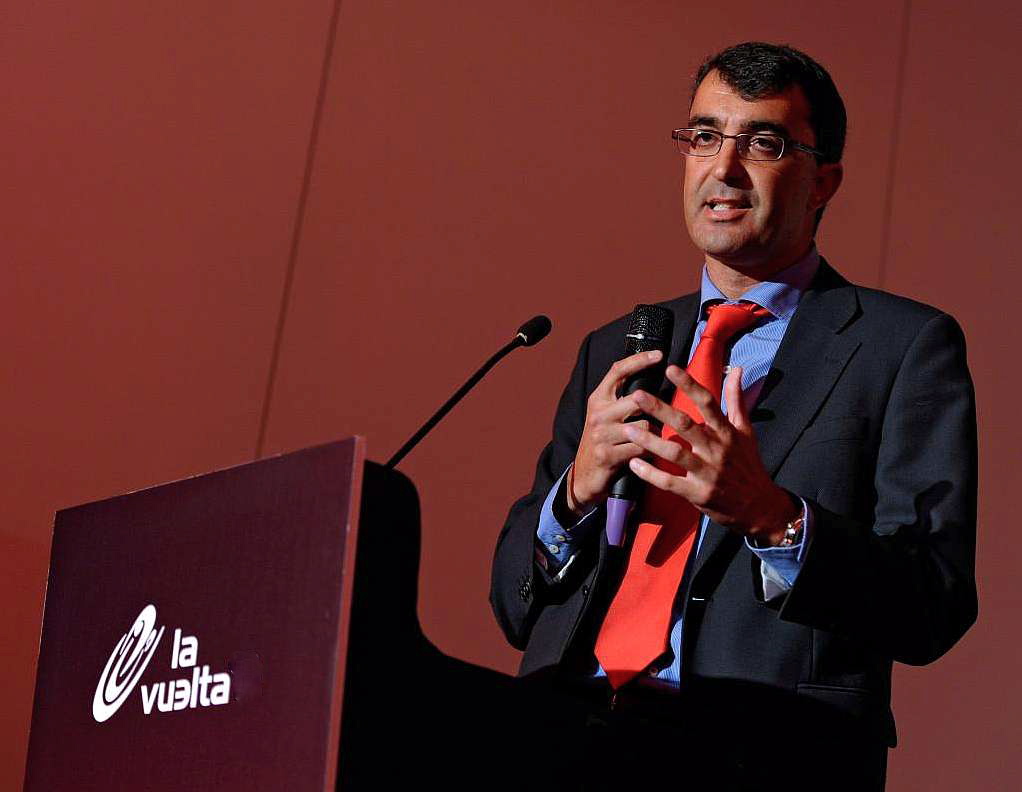 24 Aug 2015
By Campionissimo - In LATEST ARTICLES, THE GREAT RACE

In the aftermath of Vincenzo Nibali’s disqualification from this year’s Vuelta a Espana, for holding onto a team vehicle during yesterday’s stage 1, race director, Javier Guillén, had a very clear message about the race official’s decision to expel the Italian rider.

“The decision was taken by the UCI commissaires, and [the race organisation] were contacted to let us know what they were discussing [before taking it],” Guillén told a huddle of reporters in the Vuelta’s pressroom on stage 2.

“Obviously, it’s a very important decision. We’ve seen the footage, and after they had looked at all the options on the table they’ve decided to expel the rider in question. They said that in terms of the rules, they had no other choice. The rider’s action is bad for the image of cycling, and the result of [Nibali’s expulsion] is bad for the Vuelta in the sense that we’ve lost a top rider.

“But I have to respect that decision [to expel] because I think if any other decision had been taken it would have been very hard to understand and interpret. The rules are there to be obeyed, and the video footage is there. I’ve personally never seen a tow like that before. We totally respect the commissaires’ verdict and we regret the events which led to it.”

When asked if he was in agreement with the UCI’s decision, Guillén replied, “I fully respect it. The rules are very clear. It’s also true that it would have set a bad precedent [if another decision had been taken]. We have to look at what happened.

“If the rider had continued in the race, we would have had the problem of under what kind of rules [he had been allowed to do so] and whatever consequences his continued presence could have had. As a result of his expulsion, one of the Vuelta favourites has had to go home early.”