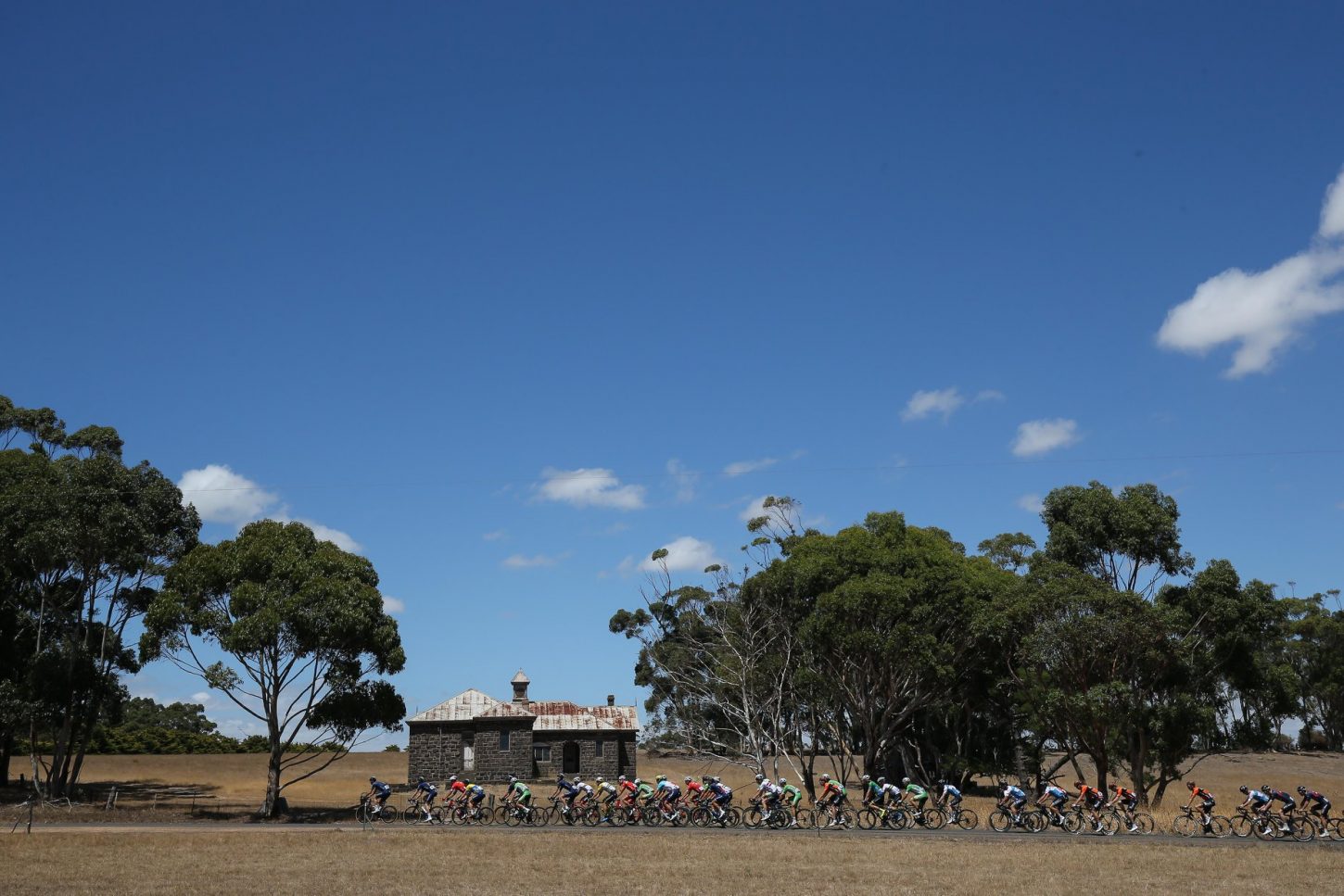 “It is nice to have a victory,” said 22-year-old Pedersen, who finished second at the Tour opener on Wednesday. “I was so close at the prologue and again on stage one.”

The Danish prodigy paid tribute to the heroic efforts of his World Tour team colleagues during the epic 208.9-kilometer stage from Warrnambool to Ballarat. “We did some really good team work today, and it was great to finish it off for the victory. The winning move was really from Koen de Kort today. He did such an impressive job with the lead-out at one kilometre to go.”

Pedersen’s win in the Denmark national colours was an unusual sight on a course usually reserved for the annual Australian Road National Championships – won last month by Edmondson. “It is nice to have win here – and the guy next to me can say that as well,” Pedersen laughed after the race. “It is always nice to have a victory in the national colors.”

Aqua Blue Sport’s Lasse Norman Hansen retained his yellow jersey with a 38th placed finish, his lead narrowing to just four seconds from von Hoff. “I must say I felt the legs today – yesterday was hard,” said Norman Hansen. “We also still have Lawrie [Warbasse, American national champion] up in the general classification standings and he is climbing well. He looks good for tomorrow.”

The peloton was active from the beginning as the race rolled out from picturesque seaside Warrnambool and headed inland. An early crash felled overall leader Norman Hansen, but the 2012 Olympic track gold medallist quickly re-joined the race. “A few guys came down right in front of me,” said Hansen. “I clipped the rider in front of me and my bike went down, but thankfully I landed on my feet.”

The race was then neutralised near the midway point. Jayco Herald Sun Tour race director John Trevorrow explained: “The original course was altered recently due to road works, and the detour included a 7-kilometer section of gravel road. As the riders entered this section at the 102.8-kilometer mark, the chief commissaire made the correct decision to neutralize the race in the interests of fairness and rider safety.

Riders dropped from the front group as the White brothers rode hard towards their home-town of Ballarat. But these efforts proved in vain, with the breakaway caught as the peloton began the Buninyong ascent. Nathan Earle (Israel Cycling Academy) and James Whelan (KordaMentha Real Estate – Australian National Team) attacked to lead the race over the climb, before being joined by a large final selection on the descent to the finish.

Von Hoff looked to have continued his fantastic summer form with the sprint victory, but was just beaten by Pedersen’s throw to the line. “I am a bit disappointed,” admitted two-time Australian criterium champion von Hoff. “The Bennelong SwissWellness guys did an amazing job today – we took it up the climb and had all of us on the front with two kilometres to go. We really tried but just came up a little bit short. We were outclassed.”