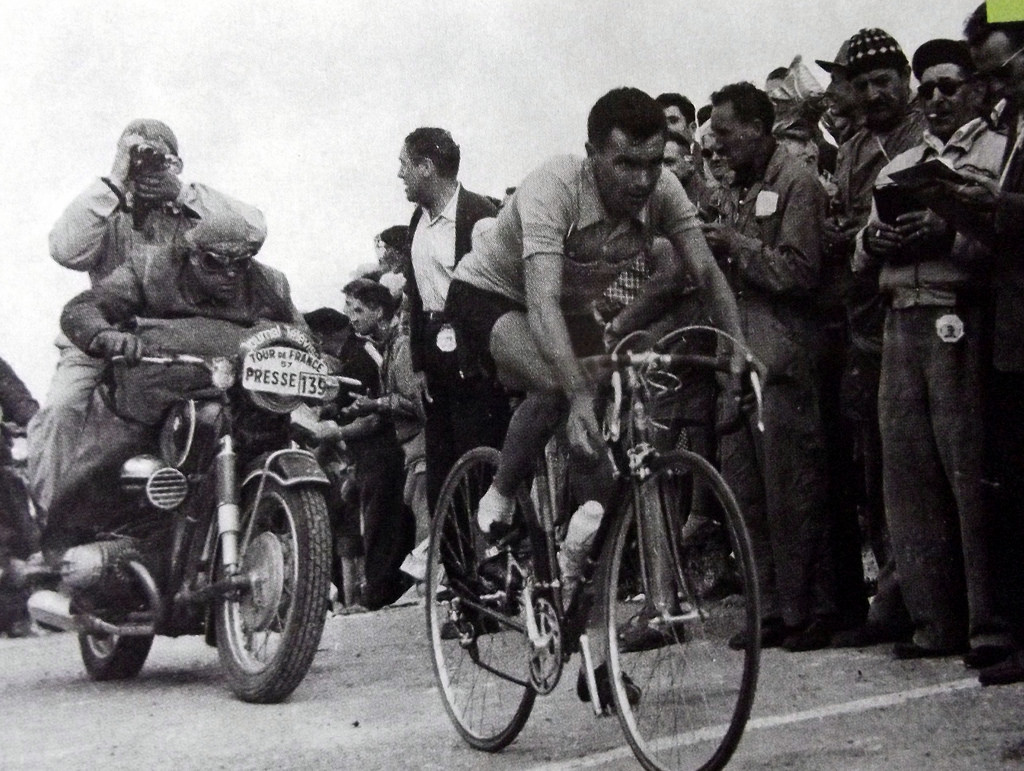 27 Mar 2017
By Campionissimo - In LATEST ARTICLES, THE PODIUM

Dotto was the first French rider to win the Vuelta a Espana, after winning the Spanish Grand Tour in 1955 ahead of Antonio Jimenez of Spain and Raphael Geminiani of France.

Dotto was of Italian descent, but later adopted French citizenship in 1937.

Known for his excellent climbing ability, Dotto won his first race as a semi-professional in 1948 – a race up Mont Ventoux.

Later that year, he the won Marseille-Toulon-Marseille, followed by the climb of La Turbie, near Nice in 1950.

Dotto turned professional in 1951 with the France-Sport-Dunlop team, and won five races that year, including three hill climbs.

Dotto rode professionally until 1963, winning 35 races, which included such notable victories as the Dauphiné-Libéré twice and stage 19 of the 1954 Tour de France.

The town of Cabasse, France named its center square “Le Vigneron de Cabasse” in honor of Dotto, who’s father was a vinter who grew grapes there.