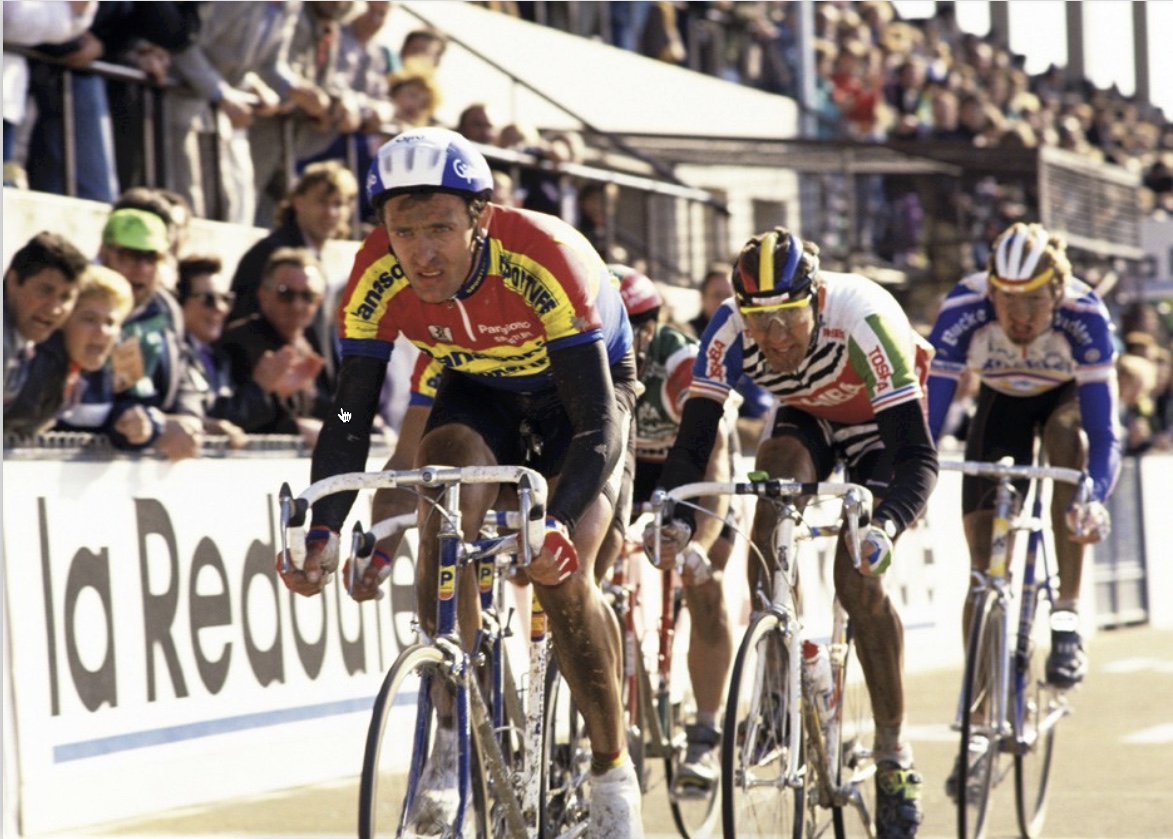 10 Apr 2017
By Campionissimo - In LATEST ARTICLES, THE PODIUM

A belted happy birthday to Jean-Marie Wampers, who was born on April 7, 1959.

The Belgian rider is best known for winning the 87th edition of the Paris-Roubaix Classic in 1989, ahead of fellow Belgians Dirk De Wolf and Edwin Van Hooydonck.

Other notable victories of Wampers’ included, 1984 Druivenkoers Overijse, 1985 Nationale Sluitingsprijs, Stage 4 of the 1986 Four Days of Dunkirk, the 1986 and 1989 Rund um den Henninger-Turm and the Gran Prix de l’Escaut-Schoten and Scheldeprijs both in 1989.

After his retirement from racing in 1992, Wampers held a minor role as a race announcer for various Belgian media outlets, alongside periodic guest appearances at some of the Spring Classics events.