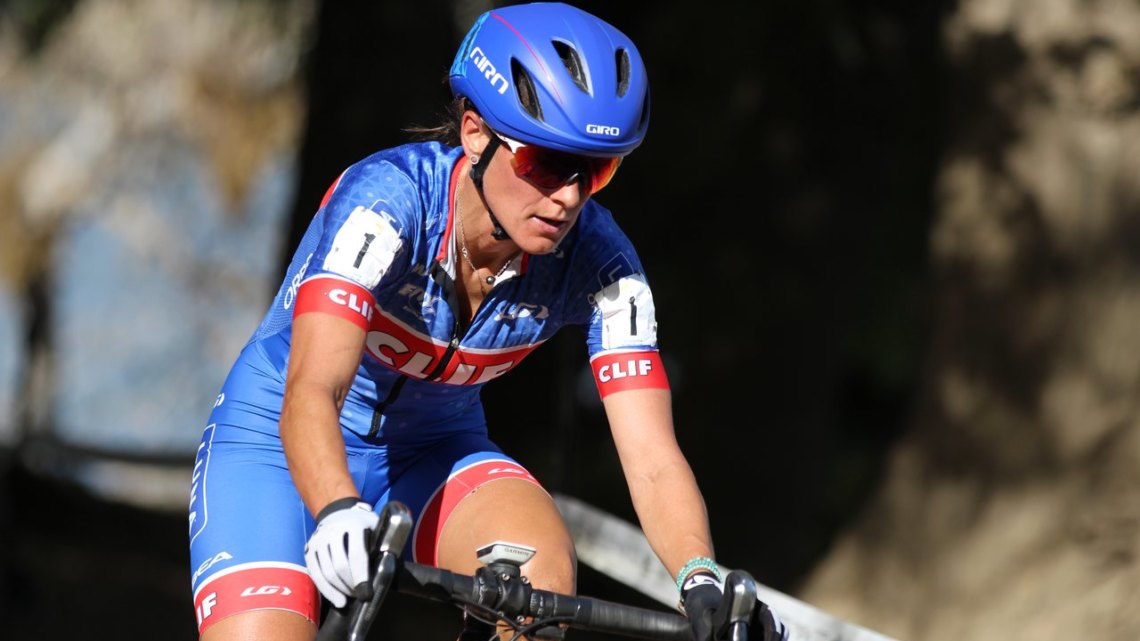 The Union Cycliste Internationale (UCI) announced today, that it has elected Czech rider Katerina Nash as President of its Athletes’ Commission.

Nash was elected to the Athletes’ Commission as the cyclocross representative for the UCI World Championships, which was held last January in Bieles, Luxembourg.

A former cross-country skier and also a cross-country mountain bike specialist, the Czech rider has appeared at five Olympic Games (two Winter and three Summer). She has won two UCI Cyclocross World Championship bronze medals, in 2011 and 2017, as well as one silver (2016) and two bronze (2010 and 2014) in the team relay at the UCI Mountain Bike World Championships.

The new president shall be co-opted to the UCI Management Committee, the executive body of the Federation which operates under the authority of the Congress, on the occasion of its next gathering in February 2018, in Valkenburg, Netherlands.

Like the members of the Athletes’ Commission, which has been fully renewed this year, the president has been elected for a four-year mandate running to the UCI Congress in 2021.

The Commission, which has this year seen an increase in the representation of cycling’s various disciplines, is made up of 20 members, including the president. There are two representatives for each discipline, one male and one female: road, track cycling, XCO mountain bike, DHI mountain bike, BMX Racing, BMX Freestyle, para-cycling, cyclo-cross, trials and indoor cycling.

The mission of the UCI Athletes’ Commission is to:

• present the UCI Management Committee with a wide range of considerations in order
to improve the role of athletes in all disciplines;
• promote/improve the respect and rights of athletes across all forms of cycling and in all disciplines;
• promote ethics and all fair play rules inherent to the practice of cycling at all levels;
• provide a direct link with the UCI Management Committee for major events;
• inform athletes of the range of professional training available to them during and after their sporting careers;
• act as ambassadors and role models for all disciplines and at all levels.

During the two days of discussion, the athletes expressed their desire to be more involved in the different meetings organised throughout the year, notably at competitions, all the while recognising the good relationship between the riders and the UCI.

The members of the Commission acknowledged the efficiency of the UCI’s work in promoting its events, particularly with the live broadcast of races, something which they would like to see more widespread, if possible.

The important theme of safety was also brought up, with the members confirming their availability to help the UCI in its ongoing efforts in this domain.

Concerning competitions, the athletes were happy with the significant development of women’s cyclocross and the quality of the organization of the first UCI Urban Cycling World Championships, which were held in Chengdu, China.

Finally, the members emphasized the importance of cycling for all in the promotion and development of their sport, and were enthusiastic about the idea of acting as ambassadors for their respective disciplines.

Reacting to her election as the new President of the UCI Athletes’ Commission, Nash said: “I’m excited because I have been an athlete all my life and this is a chance to give back to the sport that has given me so much for so long.”

“It’s important that athletes have a voice and I am really pleased to be a link between the UCI and the athletes. This was already the case as a member of the Cyclocross Commission, but as president of the Athletes’ Commission, I will be invited to all the most important meetings and be given the opportunity to stand up and be heard. I will be representing all the disciplines, and I am really excited! If you want to change anything, you have to be part of the process.”

Asked if she would have time to assume her new responsibilities, she said: “I’m near the end of my career, and it is good to focus on something else.”

For his part, UCI President David Lappartient said: “I am very happy to see a woman, and a very capable woman at that, elected by her peers to represent both male and female athletes on the Federation’s most important executive body. Throughout her magnificent career, Katerina has inspired many riders with her talent and her always exemplary behaviour. I will be delighted to welcome her on to the UCI Management Committee in the coming weeks.”