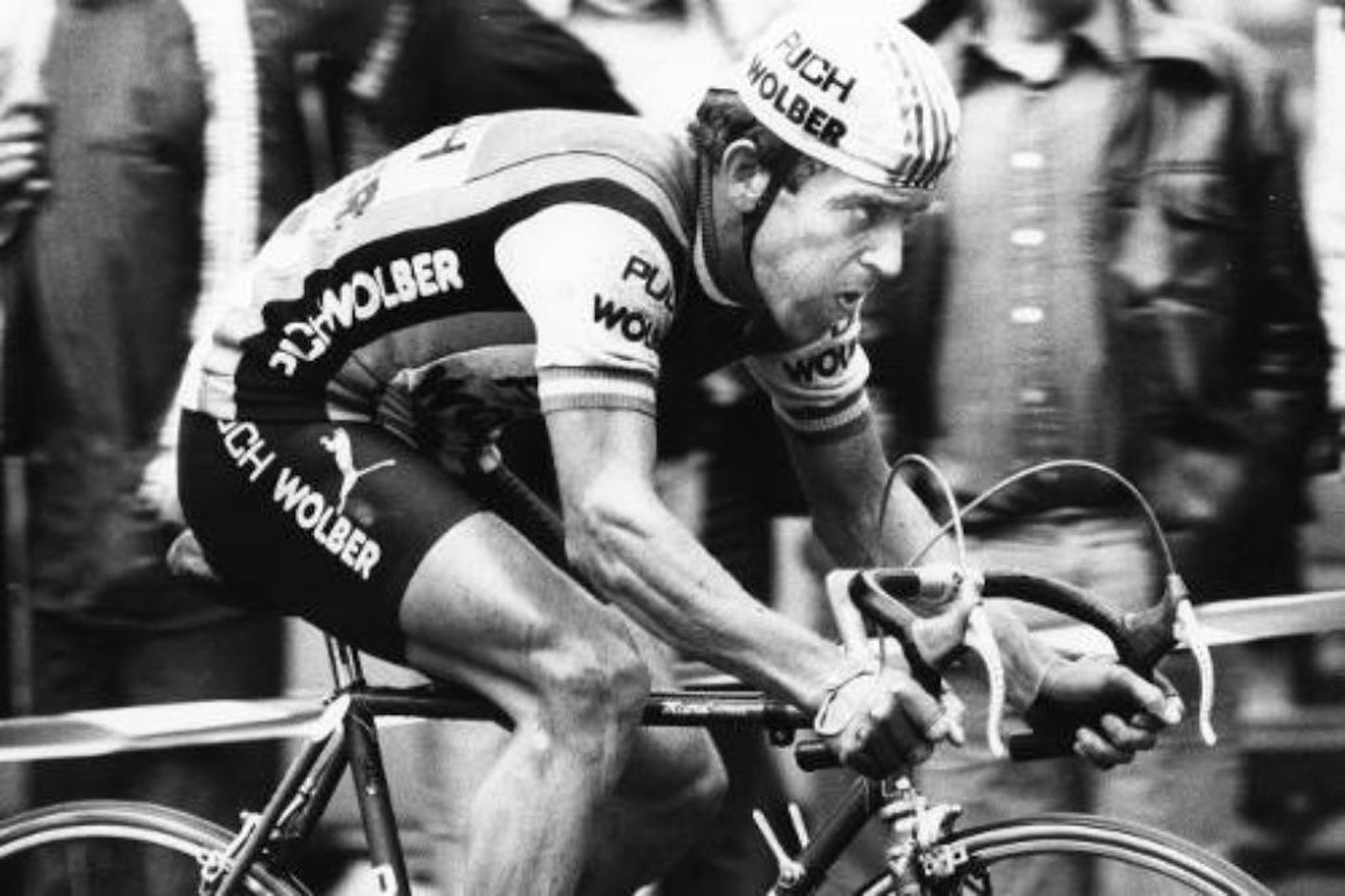 The German rider is best known for standing on the podium of the 1977 Vuelta a Espana, after finishing in third place behind Freddy Maertens of Belgium and Miguel Maria Lasa of Spain.

Thaler was also an accomplished cyclocross racer, winning the World Cyclocross Championships twice as both an amateur, as well as a professional rider.

Thaler was born in Eckmannshausen, German, and while studying at the University of Siegen, he represented Germany in the 1976 Olympic Games in the Men’s Road Race, where he finished in the top ten.

He turned professional the following year.

Apart from a slew of victories in cyclocross events, along with a number of lesser-known road races in and around Germany, Thaler’s break-out year came in 1977, when he finished third in the Vuelta a Espana, while also capturing the Combined Classification Jersey for points he earned in both the flat and mountain stages.

Other victories followed for Thaler in 1979, such as the Coco Cola Trophy race in Germany and a stage in the Critérium du Dauphiné Libéré, along with various and sundry cyclocross wins across Europe.

Thaler again saw a number of victories the following season, including another stage title in the Vuelta a Espana, along with continued triumphs in a number of cyclocross and road races in his native Germany.

Thaler continued his dominance in the cyclocross calendar, right up until his retirement from the sport in 1988, winning more than 35 cyclocross races during his 12-year career.

Nowadays, Thaler organizers the Tour of Hope bicycle charity ride, which earned him the Pierre de Coubertin medal in 2005.