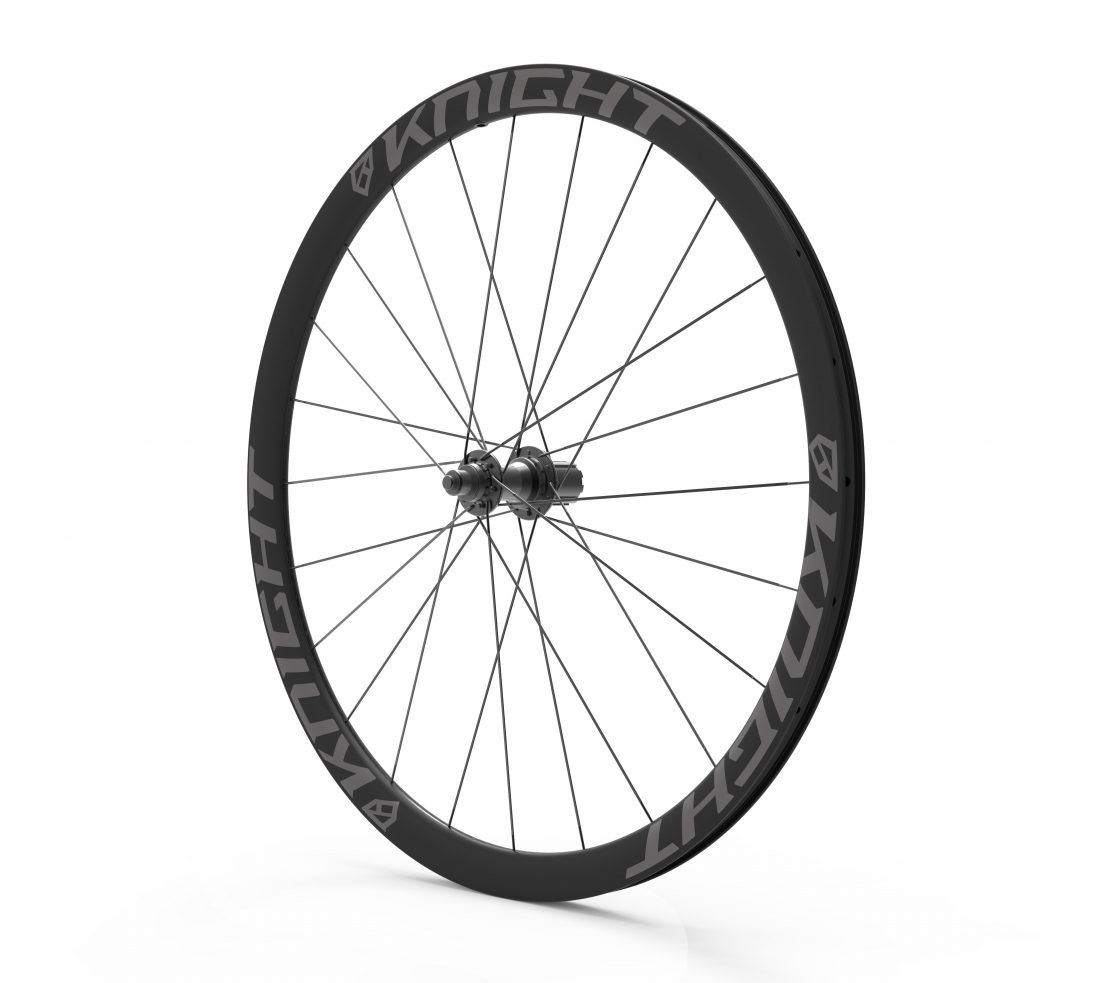 Knight Composites has launched a new tubeless aero wheelset called the TLA, which the company is claiming to be the “world’s easiest and fastest” set of hoops of their kind.

According to Knight, the TLA is available in depths of 35mm and 50mm, which the brand says incorporates a new “open” tubeless wheel technology that makes mounting and inflating tires as easy as traditional clinchers, thanks to a special center channel and “hookless” internal rim profile that reduces wall height and tapers the rim inward to lock down the tire bead.

In addition, this also provides almost double the sealing surface as previous hooked rim designs, which eliminates the need of using a special pump equipped with an air chamber.

Additionally, Knight has partnered with Schwalbe to optimize the TLA for tubeless tires.

In the case of the 35, it can accommodate tires up to 25mm, while its taller sibling can provide enough width for 28mm rubber.

In addition to ease of use, Knight claims to have paid considerably attention to the aerodynamic properties of the TLA as well, relying on Trailing Edge Aerodynamic Manipulation Technology (TEAM) to scrutinize the wheelset in action, meaning the study of airflow across the wheels, tires and bike as a whole, rather than isolated testing of the wheelset alone.

“Tubeless-ready road tires are clearly the future but, as everyone knows, they are normally incredibly hard to fit and run – something I have found on my own road, gravel and ‘cross bikes”, says Beverly Lucas, CEO of Knight Composites.

“Our new TLA’s are so easy to set up and, at the same time, they are super-fast and light. We’ve intentionally taken our time with Knight’s tubeless-ready road wheel, but the end result is so worth it, the TLA’s are absolute game changers.”

Knight says, the TLA tips the scales at 1430g for the 35’s and 1510g for the 50’s, which come equipped with Sapim CX Ray spokes and Rotor RVolver hubs, with pricing set at $2,299 for either version in a choice of rim or disc brake.

You can learn more about the TLA by visiting Knight Composites website here.