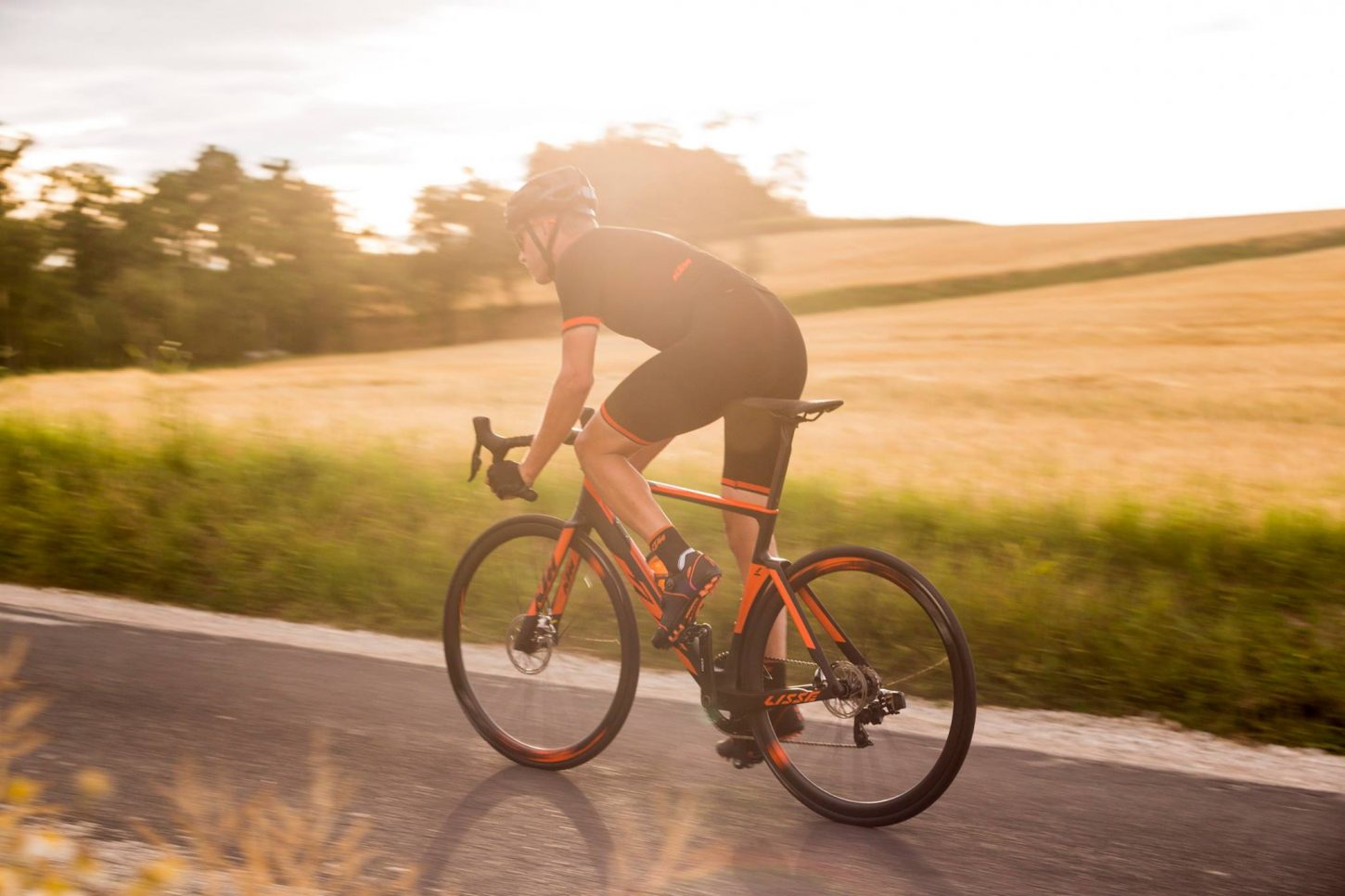 When most people hear the name KTM, they think of motorcycles. But, Austrian brand has been steadily making bicycles across all categories of cycling for more than half a century, supplying some of the sport’s most prestigious teams along the way. Moreover, KTM has always manufactured all their bikes in-house, which is nothing short of remarkable, given that most brands have long-since outsourced to the Far East.

The latest model to join KTM’s vast stable of bikes, is its Revelator Lisse aero road bike, which features the company’s most aggressive looking design to date.

Spotted on display during this week’s annual Interbike Show, the Revelator Lisse features a revised aero shaped frameset, along with new tech that provides hydraulic disc brakes and 12mm thru-axles, as well as full shift and brake cable integration courtesy of a unique stem and handlebar design that utilizes a newly developed clamp and top plate that neatly hides and routes all lines from front to rear.

Even the Revelator Lisse’s fork has specially designed cable guides that cleanly route the brake line to the flat-mount disc brake via the front dropout, while the rear shift cable and brake line make their way through the frame’s oversize downtube.

In addition, the frame’s aerofoil shaped downtube now features a new modular access port, which can be used to house a Di2 junction box.

Another unique feature of the Revelator Lisse, is the use of a proprietary spacer system, which allows riders to adjust the amount of stack height by choosing between four different spacers that range in 5mm increments.

The Revelator Lisse also has a new proprietary D-shaped seatpost that was made in partnership with Ritchey, which comprises a new clamp and expander wedge that is accessed from under the toptube.

According to KTM, the Revelator Lisse will be available later this year in two complete bikes that share the same full carbon frameset, with a choice of build groups from SRAM Red HRD eTap with DT Swiss PRC1400 wheels, or a Shimano 105 mechanical groupset with hydraulic braking and Swiss P1800 spline wheels.

Both bikes will be available in five sizes ranging from 49-59cm, while the Shimano 105 equipped bike while feature a special blue and black paint scheme.