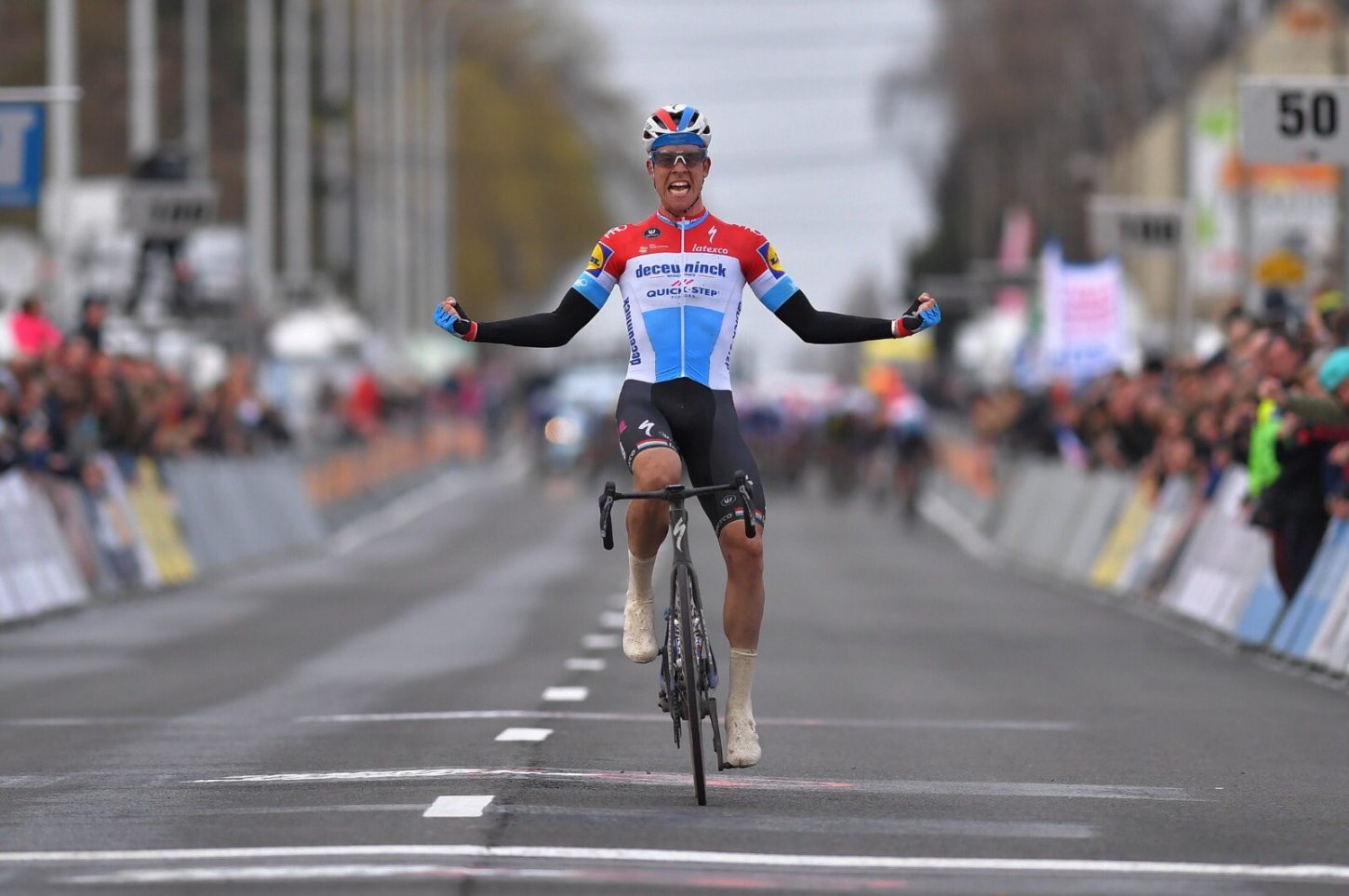 Deceuninck-QuickStep’s Bob Jungels won the Kuurne-Brussel-Kuurne classic today, after the Luxembourgish rider managed to outlast a valiant chase by the peloton during the final few kilometers to beat Team Sky’s Owain Doull by 12 seconds, with Direct Energie’s Niki Terpstra completed the podium.

Doull left it late to sprint clear of the remainder of the peloton but his effort was never going to be enough to catch Jungels, who made it a double success for his Deceuninck-Quick Step team after Zdenek Stybar’s solo win in Saturday’s Omloop Het Nieuwsblad.

Jungels made his move with one lap of the closing circuit, kicking away from the remainder of the breakaway, which also included dangerous rivals Oliver Naesen (AG2R La Mondiale) and Magnus Cort Nielsen (Astana).

The Deceuninck-QuickStep rider showed off his time-trialling prowess as he quickly built a significant lead before attacks from the peloton started to cut into his advantage.

But their efforts would not prove enough as Jungels dug deep in the final 4 kilometers and actually started to increase his lead again as the sprinters settled in for a battle for second.

However, it was Doull who launched the best attack in the closing 500 meters, with the Welsh rider eventually crossing the line some 12 seconds behind Jungels for his best result on the roads.