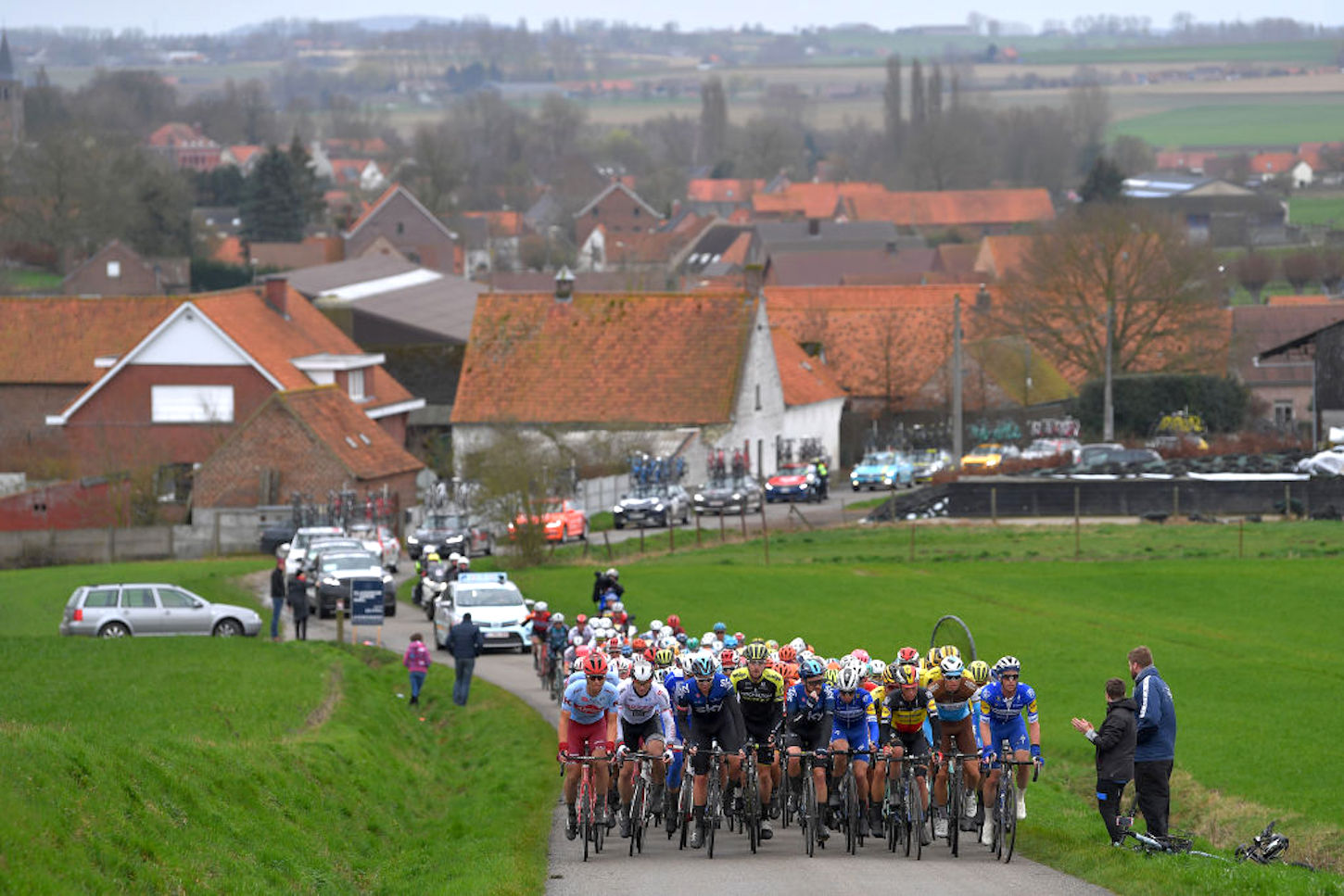 Kasper Asgreen (Deceuninck-Quick Step) claimed the biggest victory of his career today, narrowly holding off a charging peloton to take a solo victory in Kuurne-Brussel-Kuurne today.

Indeed, Asgreen stayed strong and kept attacking during the final kilometers. And, despite looking like he might be caught, the Danish rider held on with no one in the peloton able to rein him in, while his team proceeded to sit back rather than try and unleash his teammate Fabio Jakobsen.

“It was so hard. I had to drop the Alpecin rider [Tim Merlier] in the crosswinds,” Asgreen said. “He was not pulling it was a bit annoying for us, I had to try and get rid of him and that effort was really hard. After that I was really doubting if I could make it all the way to the line.”

Team Ineos’ Gianni Moscon was disqualified with around 60 kilometers to go, after he was involved in a crash and threw a bike in the direction of Jens Debusschere. Just a few kilometers later, the Italian rider was informed by officials that he was expelled from the race.

After the 40-kilometer mark, there were several attacks in the peloton, with Jasper Stuyven causing another split in the peloton.

The front group got slimmer until only Vallee and Jans remained, who were later joined by Julian Vermote (NTT Pro Cycling) and Asgreen with 20 kilometers to go.

Shortly thereafter, Asgreen began lifting the pace, with Vallee being the only rider who was able to respond, only for the Belgian to drop back after 10 kilometers.

Asgreen continued out alone, while teams like Sunweb, Groupama-FDJ and Lotto-Soudal took turns trying to rein him in.

With 3 kilometers to go, several riders took a wrong turn, causing a lull in the chase.

Asgreen seized upon this, later crossing the finish to seize a solo victory, while Nizzolo won the sprint in the peloton, with Kristoff completing the podium.