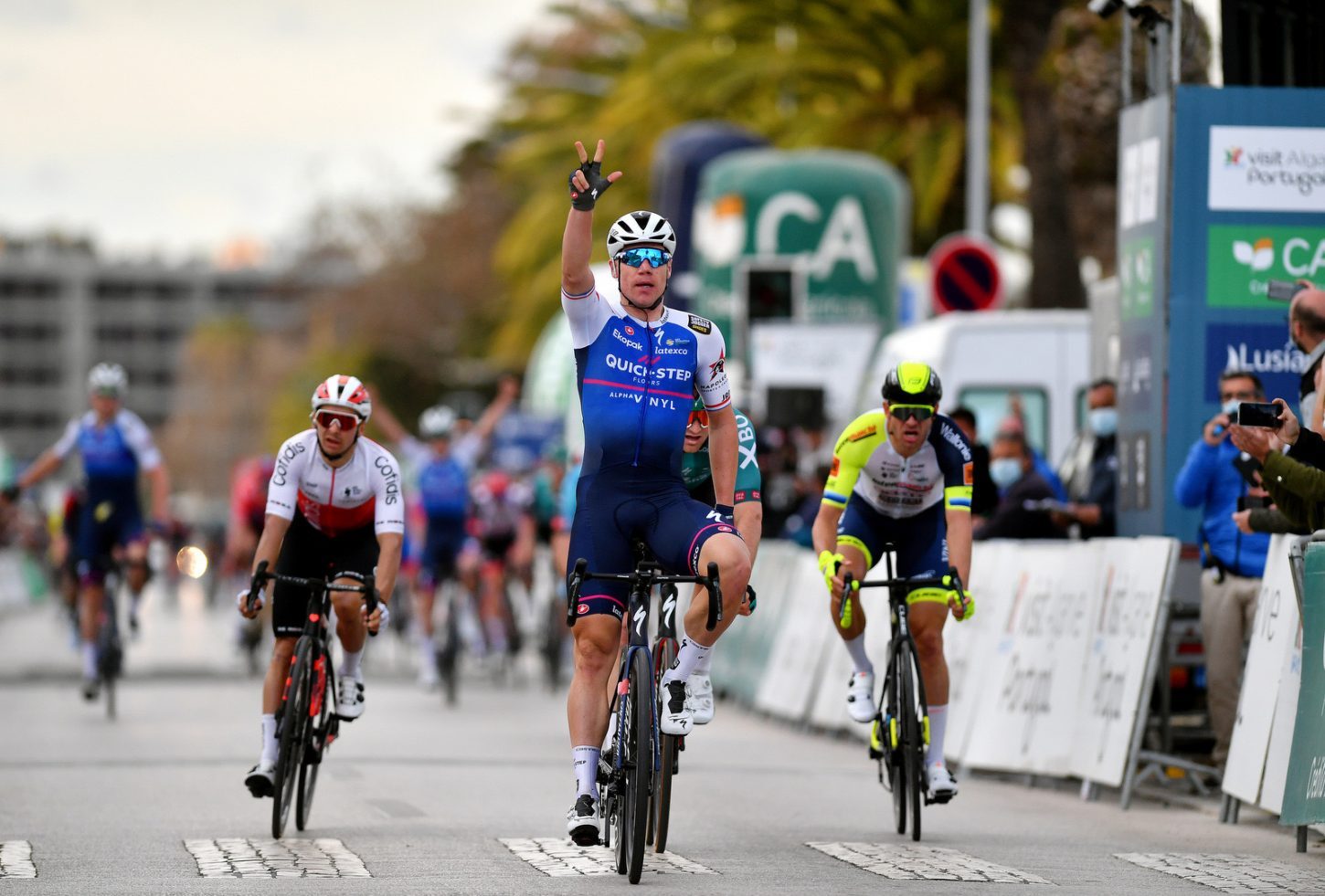 “I have to thank the team, of course,” said a jubilant Jakobsen. “We had three guys to catch in the end and I had to use all my team to even be able to sprint, so the last hour was fast and furious.

“I know I have a good sprint so I launched at 300 meters dove into their slipstream. I could feel Ewan come on the left, but I guess I had a good jump and I could pass the line first.”

From there, the trio remained out front until being caught along the final finishing straight, with Jakobsen firing past them alongside Ewan, Hofsetter, McLay and Nizzolo as they battled it out to the finish.