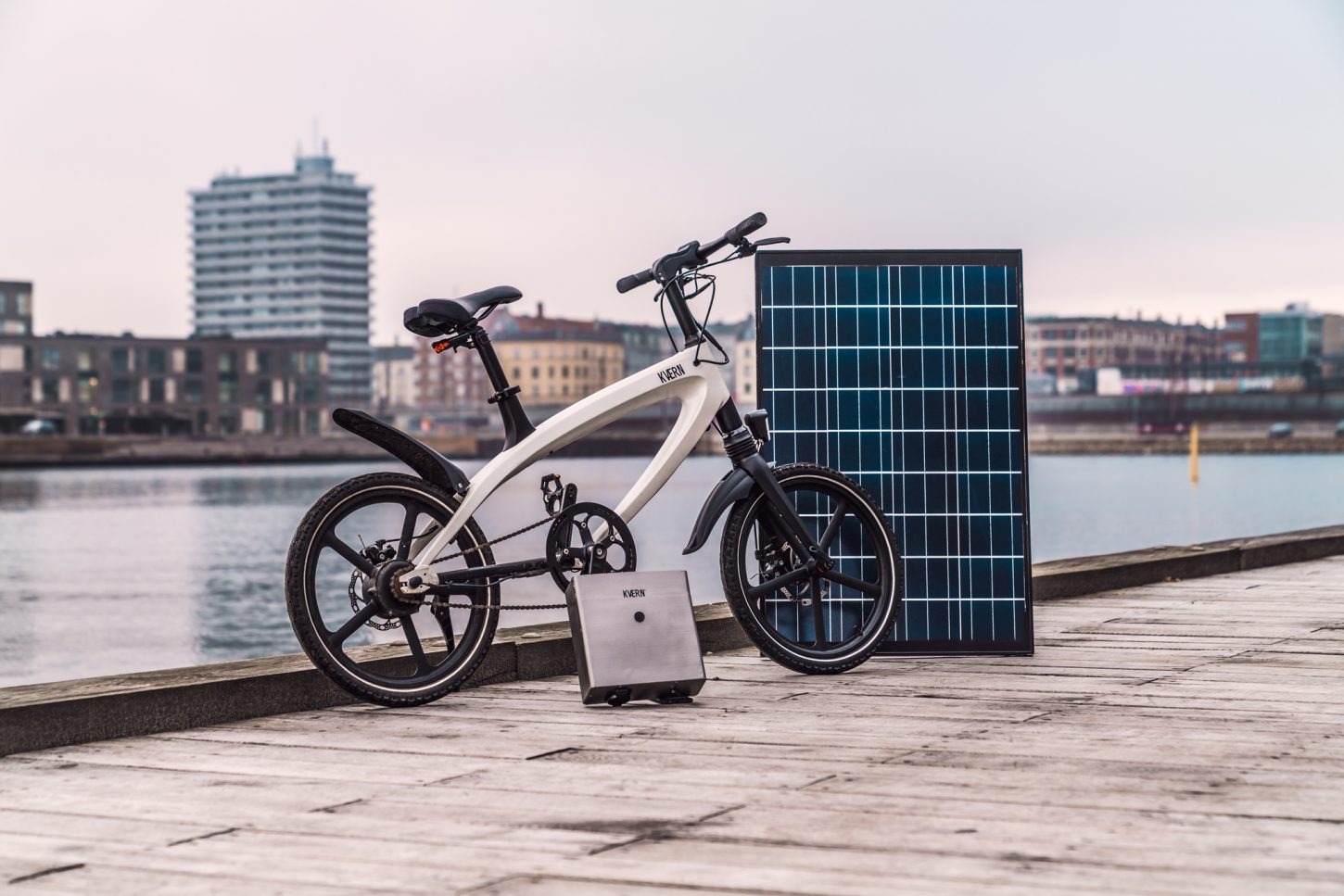 The influx of electric bicycles inundating the market these days is so profound, it’s a wonder that there’s any marketshare left at all.

Yet, the Copenhagen-based start-up Kvaern is certainly banking on it with the launch of its new compact style electric bicycle.

However, what separates the Kvaern from the competition is the distinction of being the first solar powered electric bike of its kind.

The system works via a stationary battery pack the company calls its Kvaern+, which amasses power by storing the solar energy it generates during the day and transferring it to the electric motor whenever it needs of jolt of power. Therefore, there are no plug-ins or wires necessary, as the Kvaern is completely off the grid.

Furthermore, its small 250-watt electric motor is capable of propelling the sleek, diminutive bike at speeds of up 15mph, along with a range of more than 30 miles on a single charge.

Once the removable battery is depleted, owners can recharge it by simply plugging it into a wall outlet.

However, if money is no object, owners can purchase a separate solar charging system, which draws power from the Sun’s rays and stores it in the bike’s battery pack.

The company’s founder, Jonas Gissel, points to Tesla’s Powerwall as a source of inspiration.

“No doubt, Tesla has been a great inspiration for Kvaern, and like pretty much the rest of the world, we are very impressed with what they have managed to do to the car industry,” Gissel said. “With the electric bike, we’re facing a revolution in the bike industry as we know it. Whether fully electric or hybrid, this is the future.”

In addition to the bike’s 30+ mile range, it’s also capable of accelerating from 0 to 15 mph in just four and a half seconds.

Other features that punctuate the Kvaern are front and rear lights, a built-in Bluetooth speaker and a trip computer on the handlebars that displays speed, battery level and mileage.

Kvaern will be launching a crowd-funding campaign on Indiegogo this month, with a special incentive price of $1,200 for early backers, along with an additional solar charging pack for $550.

You can learn more about the solar powered Kvaern electric bicycle by visiting the company’s website here.