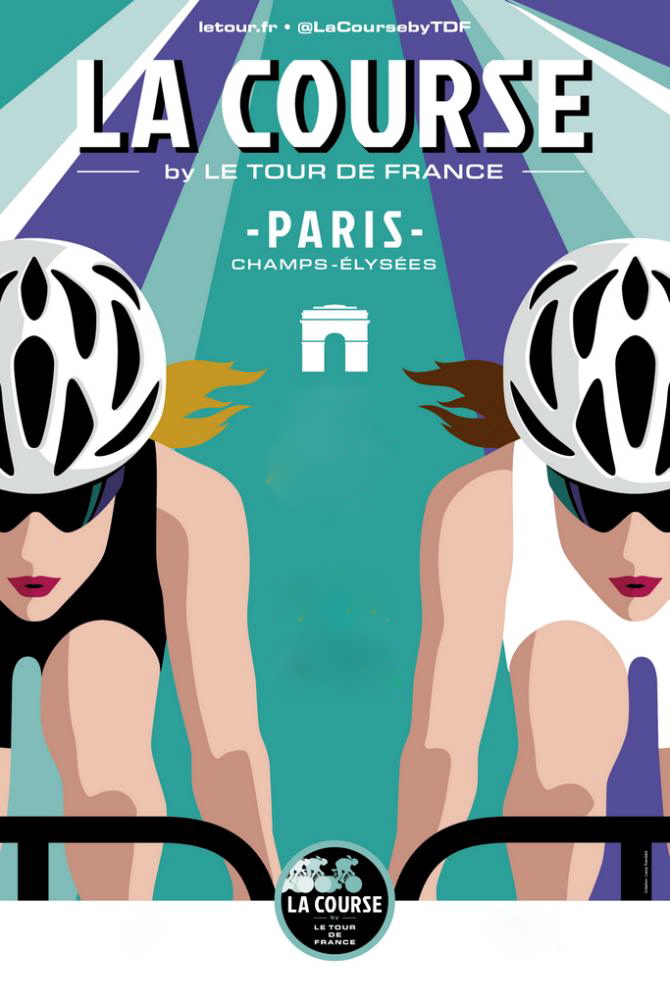 A rain-soaked course made for a day of relentless crashes throughout today’s 89 kilometer race, with such riders as Shelly Olds (Ale Cipollini) amongst its causalities, as well as the American rider, Coryn Rivera (UnitedHealthcare), who fell twice before remounting and finishing the race.

However, the day’s biggest crash tok place during the last 23 kilometers, where some 20 riders went down, to included Severine Ereaud (Poiteau-Charentes.Futuroscope.86), along with a number Rabo-Liv riders.  And, the from there, the conditions got worse.

As the race entered into the final two laps, the rain began to fall even harder – with less than half of the peloton’s original 120 riders still intact.

Yet, after a few failed attacks during the final lap, van der Breggen decided her make her move on the way up the long drag up to the Arc de Triomphe.

From there, the Dutch rider continued to increase her lead over the chase – with every turn of the pedals.

Indeed, with less than 4 kilometers to go, van der Breggen had succeeded in opening up a 12 second gap over the Boels Dolmans-led pursuit. However, a further 2 kilometers later, and her advantage had been reduced to just a handful of seconds.

Nevertheless, coming out of the tunnel and into the final stretch, van der Breggen was still clinging to her slight lead.

At that moment, another crash plagued the peloton, this time taking down world champion Pauline Ferrand-Prevot and others.

Still out in front, van der Breggen hit the final kilometer banner, and continued her way to finish – despite appearing to run out of power during the final 200 meters.