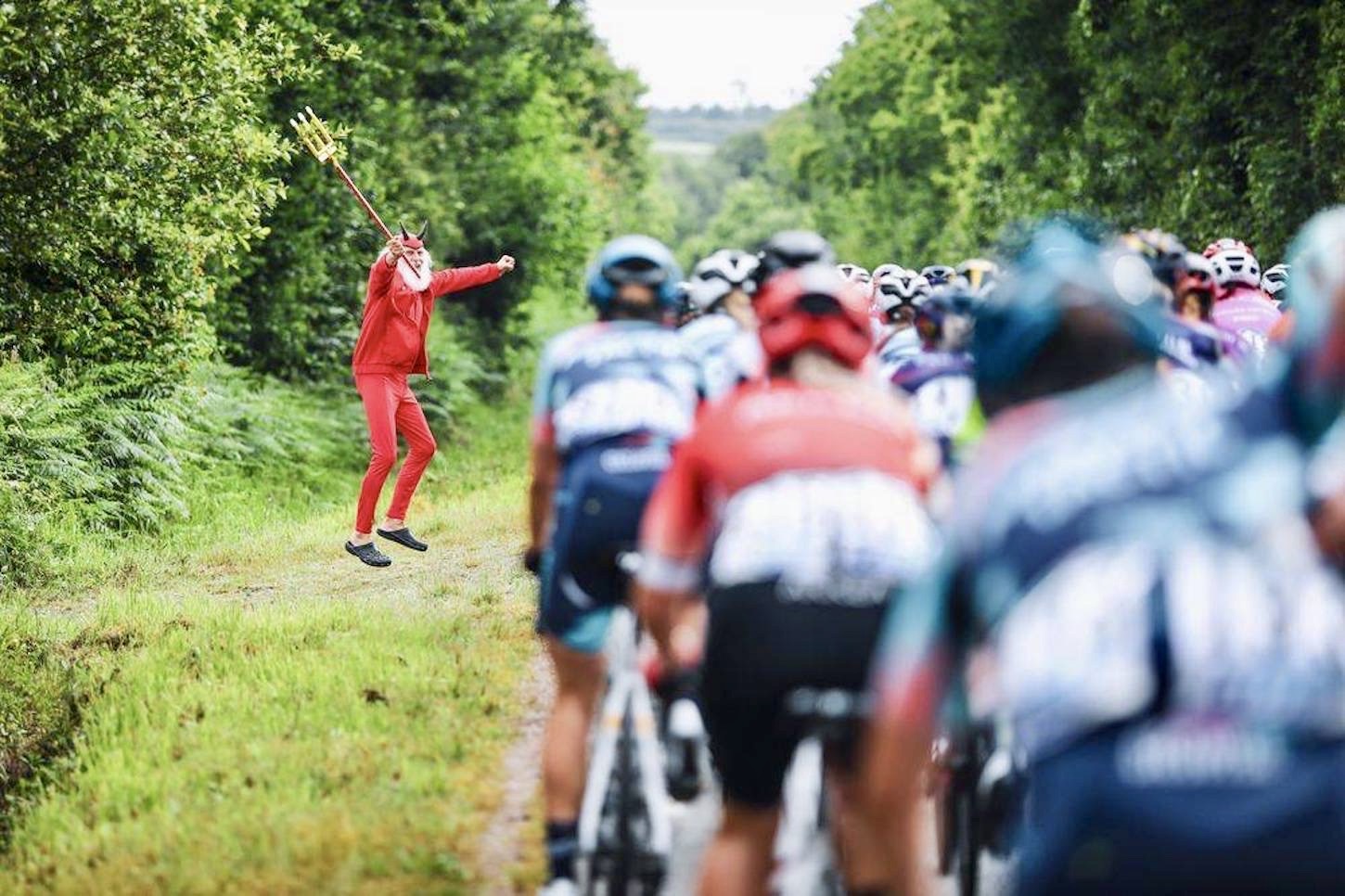 Demi Vollering (SD Worx) won the 8th edition of La Course by Le Tour de France today. after outsprinting Dane Cecilie Uttrup Ludwig (FDJ Nouvelle-Aquitaine Futuroscope) and fellow Dutch rider Marianne Vos (Jumbo–Visma) at the summit of the Côte de la Fosse aux Loups. Vos was pipped on the line when it looked like she had it in the bag, echoing her near-miss in Nice last year.

The grueling course ahead failed to deter the 127-strong peloton from unleashing a barrage of attacks as soon as the flag went down. The 107.7 km course started with 54 kilometers of undulating terrain and segued into a circuit featuring four ascents to the Côte de la Fosse aux Loups.

Despite numerous attempts, it took 27 kilometers for the first official breakaway to get away. Cédrine Kerbaol (Arkéa–Samsic) rolled the dice with a solo move and quickly expanded her advantage to over a minute. A counter-attack by fellow Breton Noémie Abgrall (Stade Rochelais Charente-Maritime) eventually petered out, but Elena Pirrone (Valcar-Travel & Service) did manage to catch the woman in front. The Franco-Italian duo led the charge going into the final circuit with 54 kilometres to go.

Kerbaol was brought back into the fold at the top of the first of four ascents to the Côte de la Fosse aux Loups (3 km at 5.7%), while the Italian held on with a 30-second gap over the laid-back peloton. Lucinda Brand (Trek–Segafredo) took off 39 kilometers before the line, dragging several other riders with her and overtaking Pirrone. A dozen riders started the second ascent with 26 seconds to spare. World champion Anna van der Breggen (SD Worx) used the climb as a launch pad to easily catch the breakaway with the remains of the peloton in tow. The main group reached the summit with just 30 units in it. However, it soon split in half, giving rise to a 12-woman breakaway featuring Juliette Labous (Team DSM) and one of Van der Breggen’s teammates, Chantal van den Broek-Blaak.

The gap soon hit 1′15″ and was still 43″ by the time the race entered the final lap. Evita Muzic (FDJ Nouvelle-Aquitaine Futuroscope), clad in her French national champion’s jersey, gained a few bike lengths on the peloton with a solo move, only to be caught with 8 kilometers to go. Driven by Marianne Vos’s two Jumbo–Visma teammates, the bunch reeled in the 12 escapees before the start of the final ascent to La Fosse aux Loups. Australian Tiffany Cromwell (Canyon–SRAM) went on the attack on the toughest part of the climb, soon followed by her leader, Katarzyna Niewiadoma.

Ludwig put in a strong dig, but she was shut down before the flamme rouge, at which point there were only eight riders left in contention. Van der Breggen’s long-range sprint failed to surprise Vos, who zeroed in on the win… only to be denied by Vollering, who took her first victory in La Course by le Tour de France powered by FDJ two months after claiming Liège–Bastogne–Liège. Ludwig came in second ahead of Vos, who again came tantalizingly close to her third victory after finishing second in Nice last year.