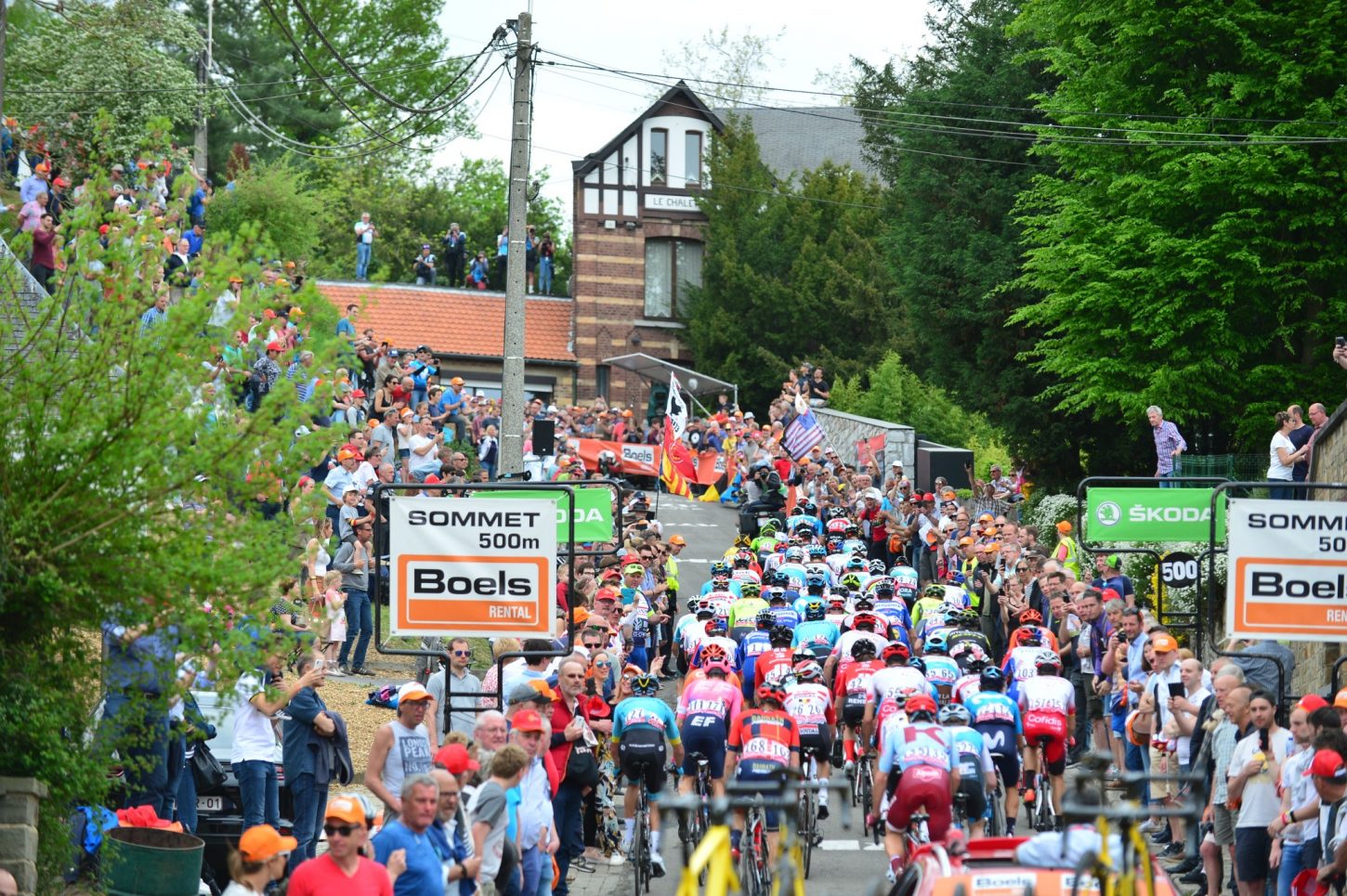 Julian Alaphilippe (Deceuninck-QuickStep) repeated his triumph in last year’s La Flèche Wallonne today, after the French ride timed his move to perfection along the final climb of the Mur de Huy – beating Jakob Fuglsang (Astana) in a two-man battle up steep finish.

Not long after, the trio was joined by Koen Bouwman (Jumbo-Visma) and Tom Wirgten (Wallonie Bruxelles).

From there, the group went on to establish more than a five minute advantage over the chase, which was being lead by Deceuninck-Quick-Step in defense of Alaphilippe’s title.

The last escapee to hold-out was Rosskopf, who was eventually reined-in with 28 kilometers to go.

With 9 kilometers remaining, Bahrain-Merida’s Matej Mohoric managed to bridge his way to the Polish rider, but the fierce pace being set by Deceuninck-Quick-Step ultimately reeled the duo in.

Fuglsang was the first rider to make his move during the final kilometer, which was closely marked by Alaphilippe.

In the end, the French rider succeeded in snatching the victory from his Danish rival during the closing meters, while UAE-Team Emirates’ Diego Ulissi crossed the finish line to claim the last spot on the podium.