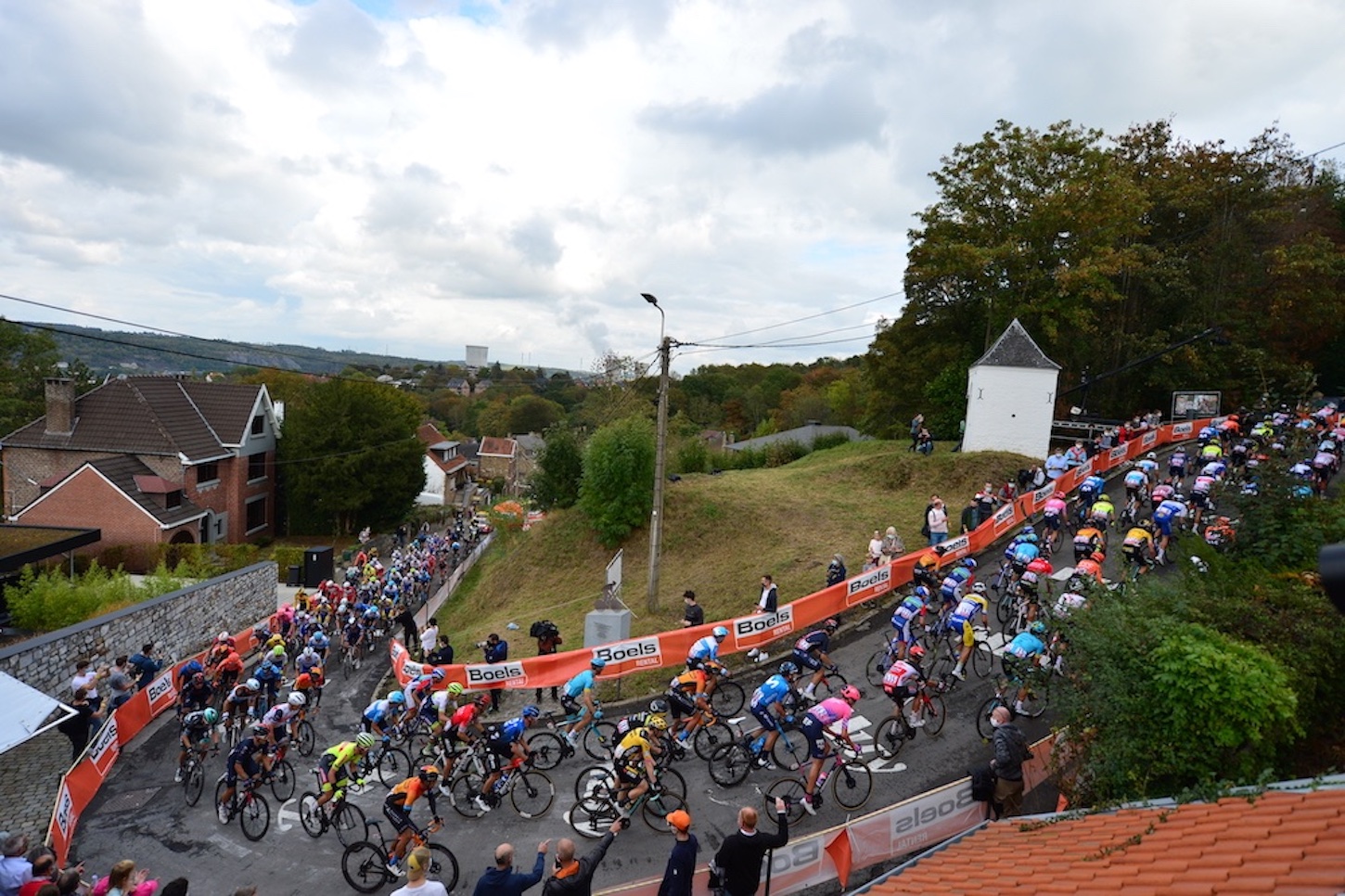 Marc Hirschi continued his winning ways after claiming victory in today’s La Fleche Wallonne, making him the first Swiss rider to win the One-Day Classic since the legendary Ferdi Kübler in 1952.

Hirschi was part of a bunch finish, who carefully bided his time before riding clear along the final part of the Mur de Huy, beating Mike Woods of EF Pro Cycling during the clsoisng 50 meters.

Earlier in the day, there was heartbreak for debutant Mauri Vansevenant, who with just a few kilometers to go, crashed after slightly overcooking a turn. The young Belgian rider, competing in his first WorldTour race, had been in the breakaway since the beginning of the day, and forged on solo with 20 kilometers remaining.

Despite quickly getting back on his bike, he was easily reeled by Rigoberto Uran, who had broken away from the peloton, before the group caught them both at the very foot of the Mur de Huy.

From there, an elite group of puncheurs contested the finale, with Ritchie Porte the first to try and put daylight between himself and the pack.

His move was followed by a powerful dig from Mike Woods with just 100 meters left of the climb, but that too was brought back by the rampaging Hirschi.

Meanwhile, Benoit Cosnefroy was able to ride on Hirshi’s coat tails to come past Woods on the line, delivering an impressive second place for AG2R La Mondiale.