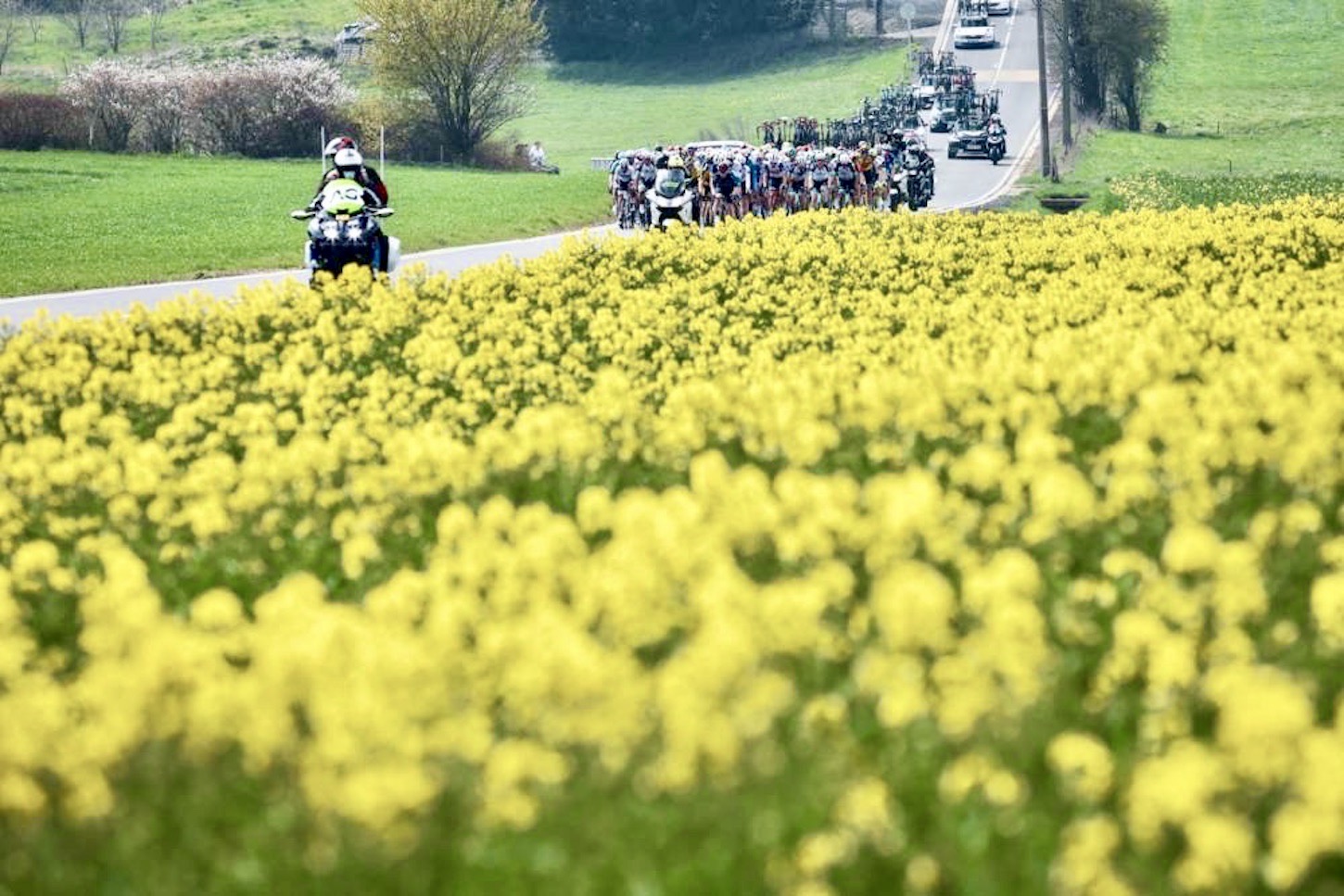 Julian Alaphilippe reeled in Primoz Roglič along the brutal climb of the Mur de Huy, powering past the Slovenian idea during the final few hundred meters to take a stunning victory in today’s La Flèche Wallonne.

Roglič attacked along the steepest part of the climb with just 350 meters to go, but Alaphilippe bided his time until the gradient eased, first leaping clear of Alejandro Valverde before catching Roglič to claim the race honors.

It took nearly 40 kilometers of racing before a small group of riders containing the likes of Alex Howes (EF Education-Nippo), Diego Rosa (Arkèa-Samsic), Sander Armèe (Qhubeka-Assos) and Maurits Lammertink (Intermarché-Wanty-Gobert Matériaux), managed to escape the peloton, subsequently building up an advantage of around five minutes.

However, with around 50 kilometers remaining, the escapees’ gap fell to around two minutes, as Movistar, Ineos Grenadiers and Deceuninck – Quick-Step chased in earnest.

With 13 kilometers to go, only four riders remained from the initial breakaway group, who were clinging to just a  20-second advantage.

That gap was quickly diminished when Tim Wellens (Lotto-Soudal) attacked from the peloton at the foot of the Côte du chemin des Gueuses, the penultimate climb of the day.

Now that Wellens had latched on, Lammertink decide to attack, as the rest of the breakaway were caught following a flurry of additional attacks from the peloton.

But, Lammertink was finally caught at the foot of the Mur de Huy by Dries Devenyns (Deceuninck – Quick-Step), just before the peloton came back together on the early slopes.

With 350 meters to go, Roglič launched his move, initially opening up a substantial gap. But, Alaphilippe quickly set-off in pursuit of the Slovenian rider after closing down Valverde as well.

Roglič began to fade during the final 100 meters, losing his momentum as the climb flattened out, allowing Alaphilippe to surge past him to take the victory.