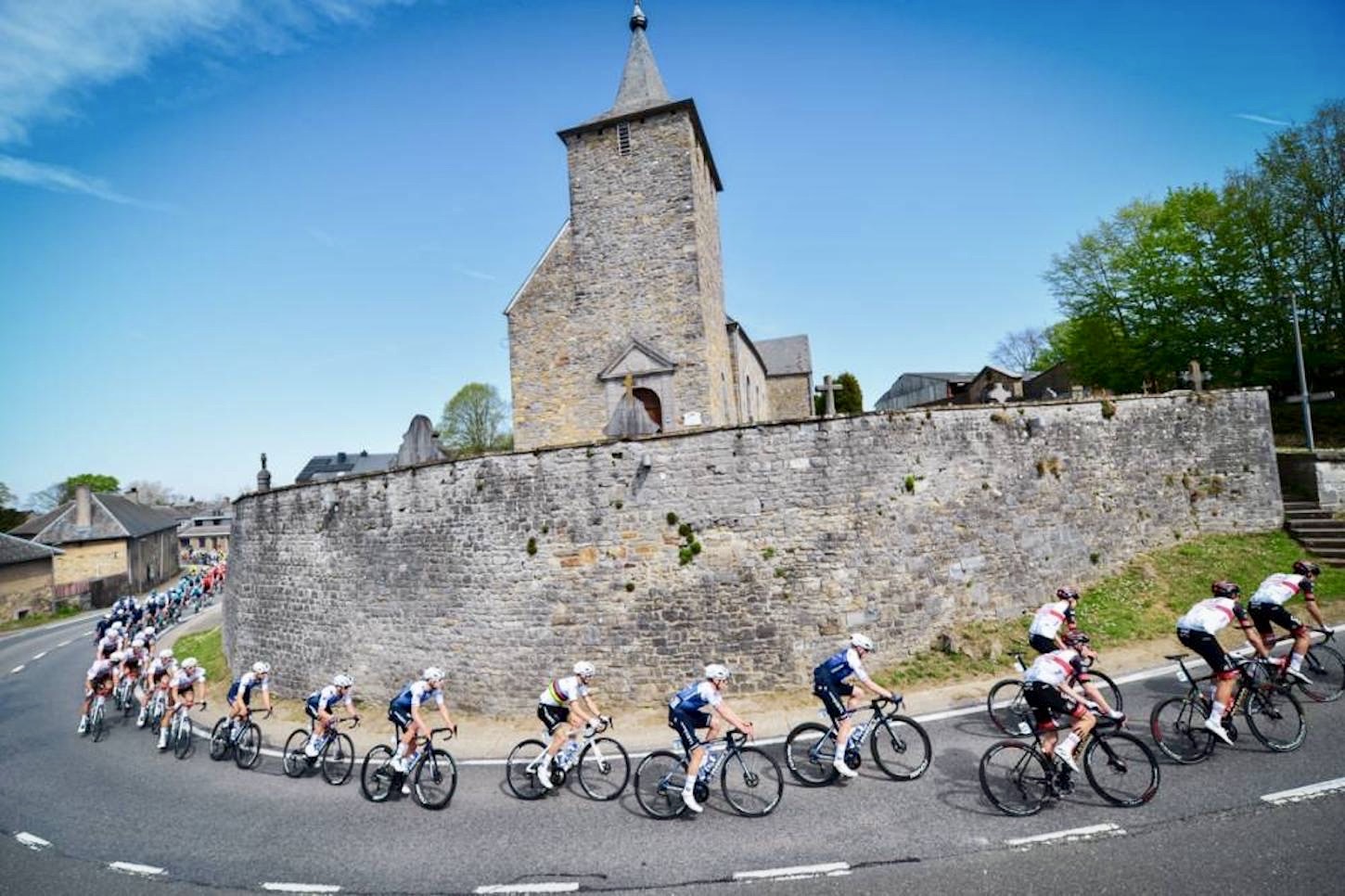 Enric Mas tried in earnest to launch his teammate Valverde along the steepest section of the final climb, while Vlasov countered with his own acceleration. But, the Russian rider found himself in the wrong gear, while Teuns made his winning move.

Valverde was quick to respond with a final acceleration, as the Spanish veteran gave it one last push. But, there was no matching the power of Teuns during the closing 50 meters.

In the meantime, EF Education-EasyPost and Ineos Grenadiers continued to keep the pace high as the peloton tackled the Côte de Cherave, with Wirtgen and Reynders being the first riders of the breakaway to get reined in along the first of three ascents of the Mur de Huy.

From there, Bahrain assumed most of the pace-setting duties of the peloton, with the entire team hitting the front behind Luis Leon Sanchez as the race dipped into the final 60 kilometers.

As a result, the escapees’ lead was reduced to just 48 seconds. But, a brief lull in pace allowed Jan Bakelants (Intermarché-Wanty-Gobert) to attack in an effort to bridge his way to the remnants of the breakaway.

Back in the chase, Tadej Pogačar was brought to a standstill as a result of a front wheel puncture, while Alberto Bettiol was busy setting-up Simon Carr (EF Education), who put in a vicious attack on the Cherave with 37 kilometers to go.

With 20 kilometers remaining, Carr decided to attack again, a move that was quickly marked by Ferron, while Ineos Grenadiers’ Geraint Thomas led the chase with 15 kilometers to go, eventually reeling in Carr and Ferron at the foot of the Côte de Cherave.

Cofidis attacked with three riders on the climb with Remy Rochas eventually dragging Mauri Vansevenant (Quick-Step Alpha Vinyl) with him. But, despite their concerted effort, the duo got overhauled by a fierce attack from Søren Kragh Anderse, with only Vansevenant being able to respond.

From there, the Danish rider looked poised for victory, but Vansevenant’s unwillingness to cooperate ultimately led to the pair getting caught with 900 meters to go.

Movistar then took control in a bid to deliver Valverde to victory. But, his hopes for a sixth title were dashed by Teuns.