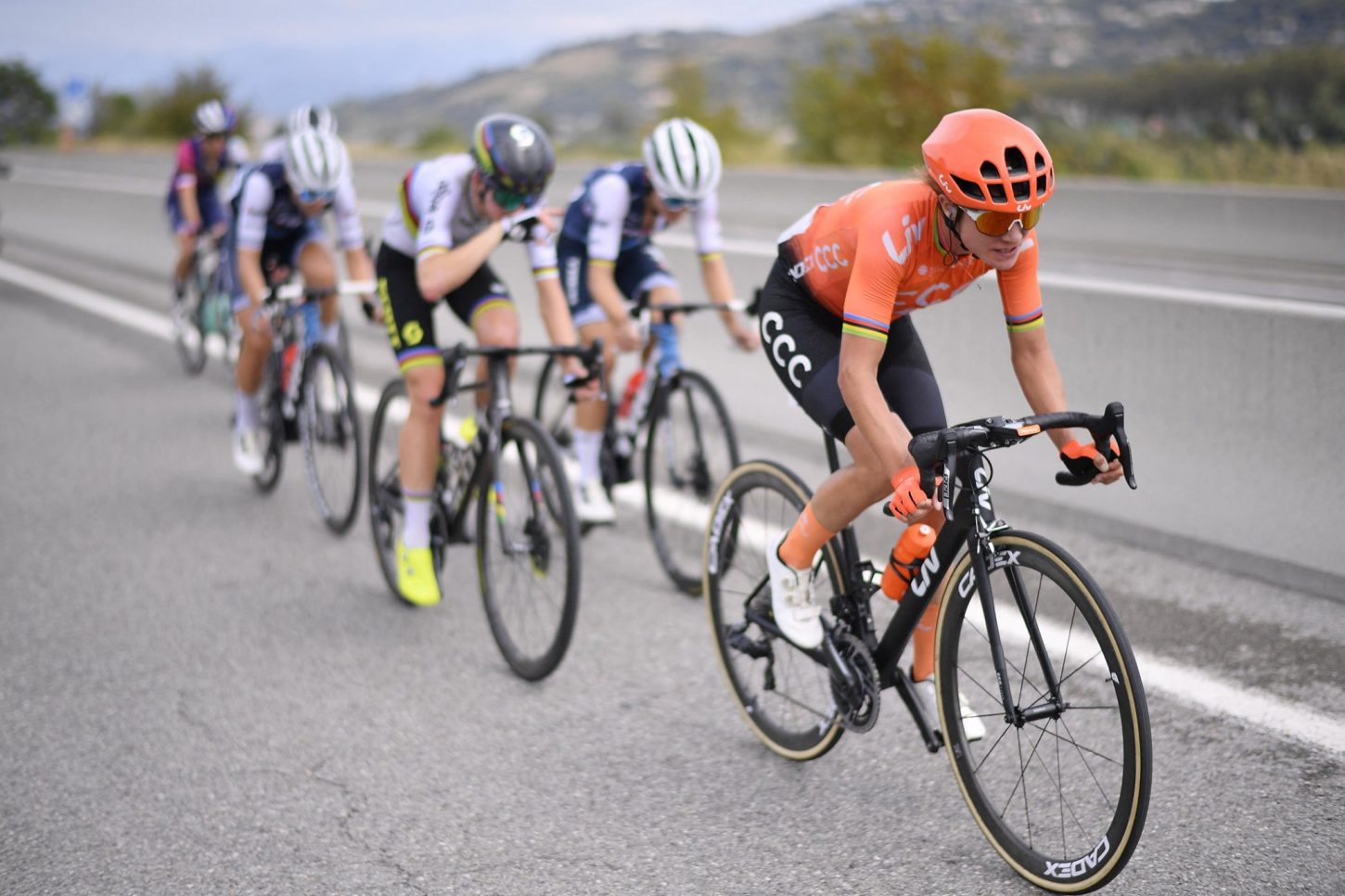 Coming off of her World Championship victory in Imola on Saturday, the Dutch rider clinched an impressive victory atop the Mur de Huy today, beating Cecilie Uttrup Ludwig and Demi Vollering.

The 133 riders took to the start of today’s 124 kilometer course that began in Huy.

After just a few kilometers, Van Witzenburg (DVE), Van Haaften (CTL) and Benito (MAT) managed to escape the peloton, subsequently building up an advantage of 1:45 after 25 kilometers of racing.

Van Haaften was the first rider to crest the Cote de Warre, while the peloton lingered at just a minute behind.

After being dropped several times by her fellow escapees,  Van Witzenburg was the first rider to be reined in, leaving Van Haaften and Benito out front with just a 25 second lead over the chase.

From there, the duo was easily reeled in just a few kilometers later, with Trek Segafredo and Boels Dolmans taking control of the peloton.

After the first climb of the Mur de Huy, a group of seven riders containing Pieters, Van Den Broek – Blaak (DLT), Koster (PHV), Cordon-Ragot (TFS), Barnes (CSR), Mackaij (SUN) and Chabbey (EPK), succeeded in riding clear, later opening up a slight advantage over the peloton. But, their time out front was quickly brought to a close.

Despite a few attempts, a lead group of 21 riders remained together all the way to the final ascent of the Mur de Huy, with Demi Vollering being the first to attack.

Vollering was eventually caught by van der Breggen with only 300 meters to go, who easily powered her way to victory.