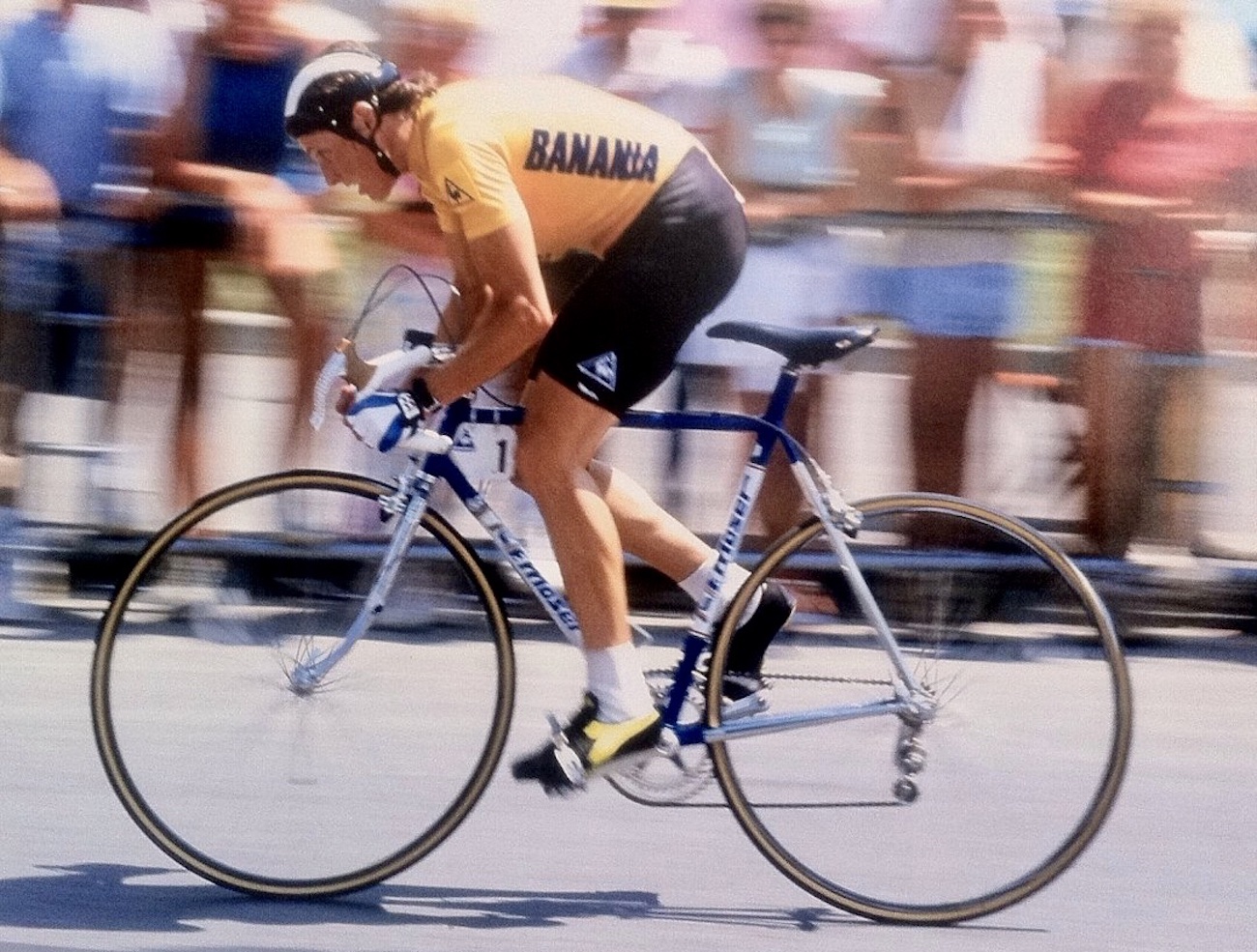 Unless one is a true adeptus in cycling history, the name Maria Canins doesn’t immediately register with most cyclists. However, one glance at her palmarés easily places her amongst the greatest women riders in the history of the sport.

Canins first entered cycling by way of cross-country skiing, winning the Italian National Championship no fewer than 15-times during her twenty year career.

Canins first took to mountain biking, winning the World Championship and Italian National Champion titles twice before embarking on a career as a road cyclist in 1982.

Already 32 years of age, married and with a daughter, Canins was encouraged by the Italian Cycling Federation to participate in some road racing as an off-season discipline.

It wasn’t long before Canins’ natural talent stood out amongst the women’s peloton, finishing an impressive second place in the World Championships Road Race – just five months into her first season.

Later that year, Canins captured the Italian National Road Championship title, earning herself the nicknames Coppi in a Skirt, Maria the Beast, and, most famously, La Mamma Volante (the Flying Mother), by the cycling media.

Canins continued her meteoric rise in the sport, again earning a position on the podium of the 1983 World Championship Road Race, as well as finishing in the top-ten of the 1984 Olympic Road Race.

However, Canins was catapulted to international fame after winning the Grande Boucle Féminine Internationale (the women’s version of the Tour de France) in 1985, famously vanquishing race hopeful Jennie Longo in the Alps and Pyrenees to claim the overall victory by a staggering 22 minutes over her French rival.

Canins reprised her Grande Boucle victory the following year, again defending off a fierce challenge from Longo, as well as the American rider Inga Thompson.

However, ten years her junior, Longo would get the better of Canins in the 1987 race. But, not without a fight from the determined Italian, who lost by a significantly less margin than Longo did to her in the previous two editions.

Canins found solace in winning the inaugural Giro d’Italia Femminile (the women’s version of the Giro d’Italia) the following season, trouncing Elizabeth Hepple of Austria and Petra Rossner of Germany in the mountains to claim the first maglia rosa (pink jersey) awarded to a female rider.

While Canins succeeded in making her way onto the podium of the Grand Boucle and the Giro d’Italia Femminile over the next two years, 1988 marked the zenith of her career.

Now 41, Canins decided to retire from professional racing in 1990.

Over the years, Canins has remained active, still skiing and cycling in and around her native area of Alta Badia.