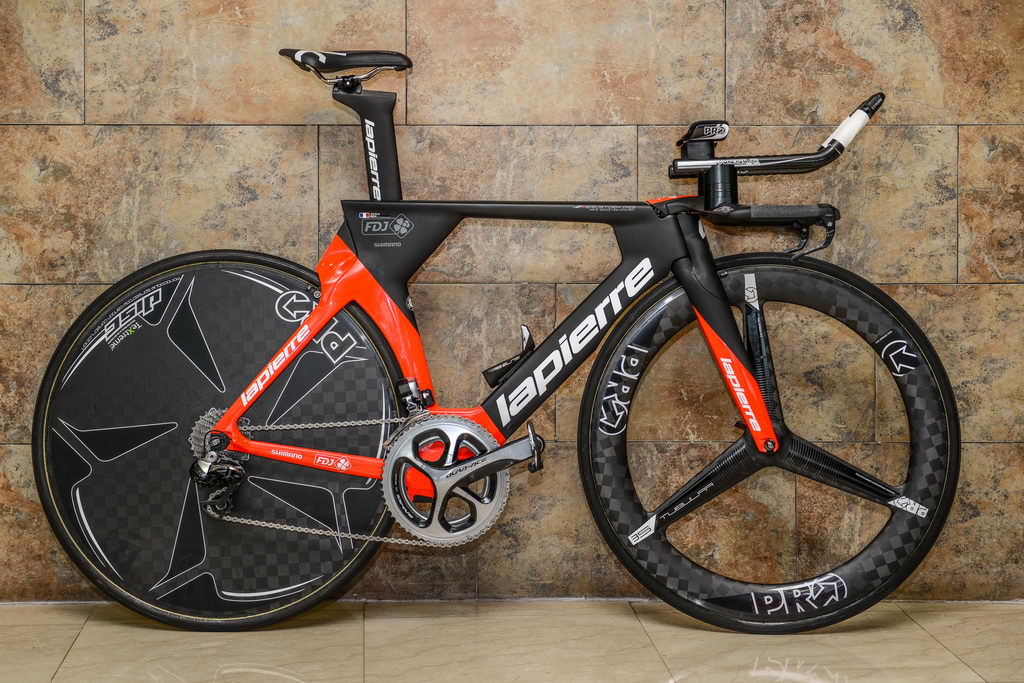 Every second counts in a Time Trial, and nothing can be left to chance. So, when the FDJ cycling team turned to Lapierre’s engineers to work on the the latest iteration of the Time Trial bike, the Aerostorm DRS (Drag Reduction System), they had one goal in mind – speed.

To achieve this goal Lapierre engineers set to work on improving the handling, braking and aerodynamics. Following two years of work by a crack team of Lapierre engineers, FDJ technicians, and a Pulsaéro aircraft engineer, the project is complete and FDJ team riders have seen their wishes come true.

Here are some of the keys features of the new Aerostorm DRS.

The geometry of the Aerostorm DRS has been completely reworked. The frames have been sized down, but with an increased top tube length, a steeper seat angle, and increased wheelbase. An aggressive race geometry for a winning position on the bike.

A new custom made central pulling brake has been specially developed for the Aerostorm DRS, with improved braking efficiency and aerodynamics. The brake is aligned with the frame and the narrow profile enables a smaller cover to reduce drag.

Airfoil profile tubes and a fully integrated cockpit offer maximum efficiency and speed. The frame, fork, stem and handlebar are fully integrated and have been conceived as one in order to reduce drag as much as possible. CFD testing, sessions in the Roubaix velodrome and in wind tunnels were followed by road testing in autumn 2015 by Steve Morabito and Thibaut Pinot.

According to Lapierre, the new Aerostorm DRS will be ridden first in this year’s Etoile de Besieges on February 1, with sales beginning in the Fall.