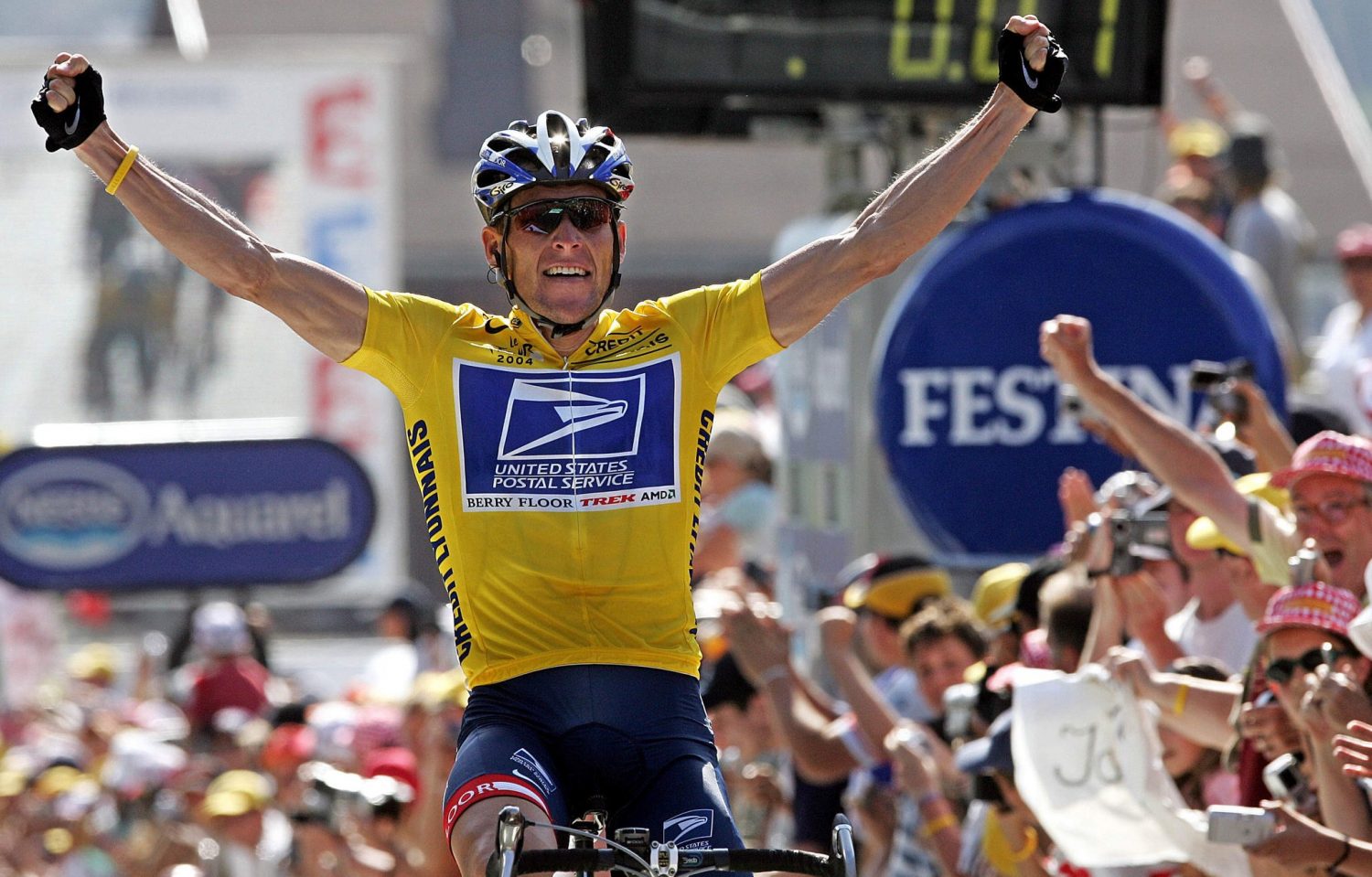 Happy birthday to Lance Armstrong, who was born on this day in 1971.

The American rider is best known for winning the Tour de France an astonishing seven consecutive times, a feat likely never to be equalled in the sport – let alone surpassed.

In addition, Armstrong won the prestigious World Championship Road Race in Oslo, Norway in 1993, to include several notable victories and top place finishes in other important races throughout Europe, during his career.

In 1996, Armstrong was diagnosed with a potentially fatal metastatic testicular cancer. After his recovery, he founded the Lance Armstrong Foundation (now the Livestrong Foundation) to assist other cancer survivors.

Returning to cycling in 1998, he was a member of the US Postal/Discovery team between 1998 and 2005, when he won his Tour de France titles, as well as a bronze medal in the 2000 Summer Olympics.

Armstrong retired from racing at the end of the 2005 Tour de France, but returned to the sport with the Astana team in January 2009, finishing third in the 2009 Tour de France later that year.

Prior to his rise to international cycling stardom, Armstrong won the coveted US Pro Championship title, along with virtually every significant domestic race on these shores.

Few would argue, that Armstrong injected a level of enthusiasm for cycling into the American conscience unlike any other figure in the sport. And, few would argue, he is indisputably the best cyclist of his era, and perhaps amongst the greatest of all-time.

In the years following his retirement, Armstrong continues to help raise awareness for cancer research and treatment, through philanthropic work and charitable activities, as well a series for regular podcasts called The Forward.