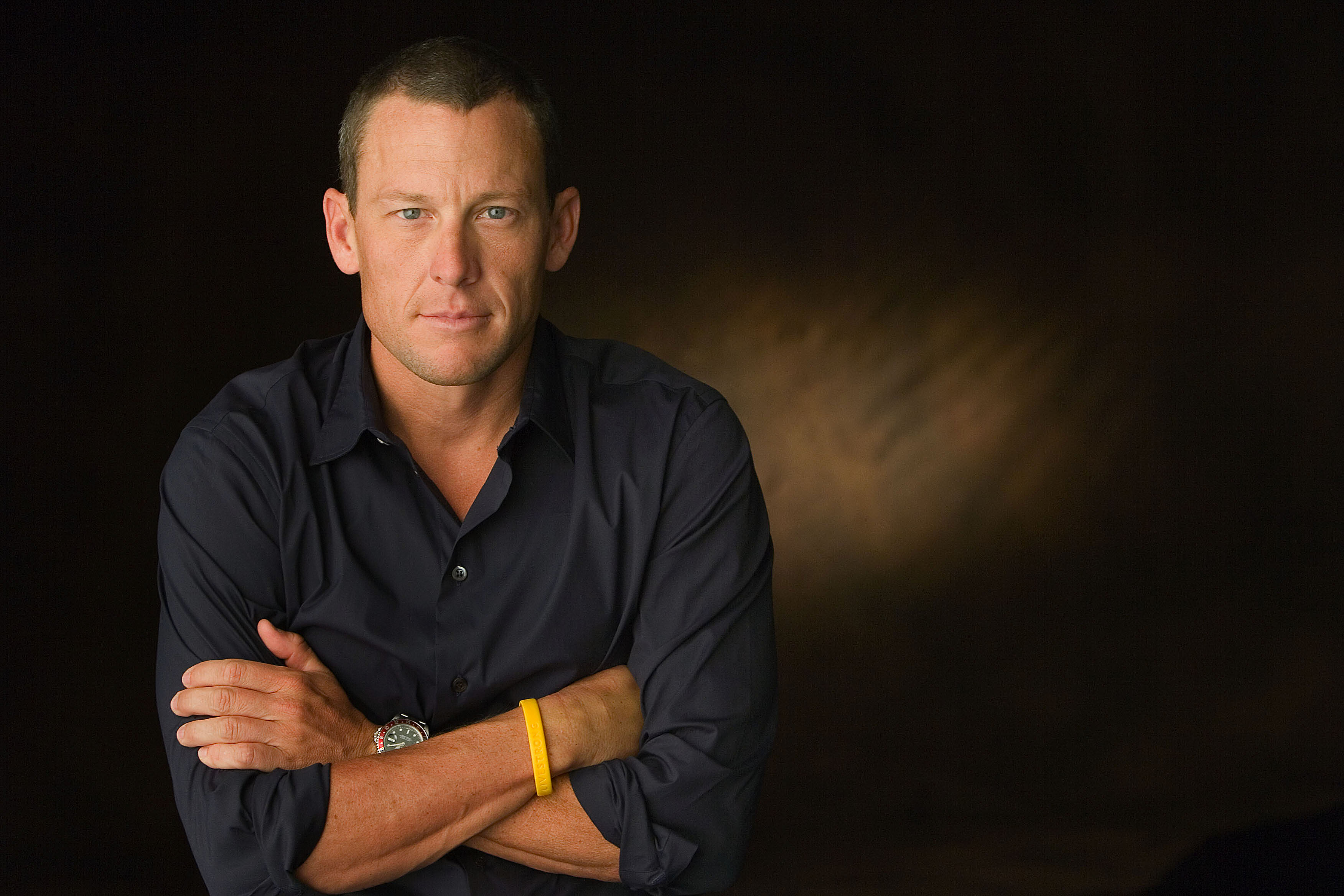 Love him , or hate him, there’s no disputing Lance Armstrong’s list of accomplishments.

Here are some fast facts in advance of his 44th birthday on Friday.

Other Facts:
Armstrong was adopted as a young child by his mother’s second husband, Terry Armstrong.

Since its inception in 1997, the LIVESTRONG Foundation (formerly known as the Lance Armstrong Foundation) has raised over $500 million to support cancer survivors and served 2.5 million people affected by cancer.

Timeline:
1987 – At age sixteen, he competes as a professional tri-athlete.

1989 – While still in high school, he trains with U.S. Olympic cycling developmental team and competes in the Junior World Championships in Moscow, Russia.

1989 – Armstrong is named to the U.S. National Cycling Team.

1992 – Armstrong competes in the Summer Olympics in Barcelona, Spain and finishes 14th. He turns pro immediately after the Olympics and finishes last in his first race.

1993 – Wins ten titles, including the World Champion and U.S. PRO Champion. Wins a stage at the Tour de France but cannot complete the race.

1995 – Armstrong wins a stage at the Tour de France. He finishes 36th, the first time he finishes the race.

1996 – He drops out of the Tour de France after being diagnosed with bronchitis; finishes 12th in the Summer Olympics in Atlanta, Georgia, and signs with France’s Team Cofidis.

October 2, 1996 – Armstrong is diagnosed with testicular cancer. The cancer had spread to his lungs, lymph nodes, abdomen and brain; undergoes surgery the next day to have the malignant testicle removed.

October 24, 1996 – He undergoes surgery to remove two cancerous lesions from his brain.

1997 – He establishes the Lance Armstrong Foundation to benefit cancer research and cancer patients.

2000 – Wins the Tour de France for a second consecutive year and two months later wins the bronze medal at the Sydney Olympic Games.

2002 – A 21-month investigation into whether the U.S. Postal Team used performance enhancing drugs during the 2000 Tour de France closes after finding no evidence of illegal drug use.

June 15, 2004 – Announces he is suing David Walsh, co-author of a book accusing him of taking performance-enhancing drugs.

June 21, 2004 – A Paris court throws out a request by Armstrong for an emergency ruling ordering the publishers of a book detailing suggestions of doping to insert a denial by Armstrong.

December 14, 2005 – Armstrong is indicted in an Italian court and is ordered to stand trial for defaming cyclist Filippo Simeoni. Charges are later dropped in April 2006.

May 31, 2006 – A report from the International Cycling Union is released that clears Armstrong’s name of doping allegations from 1999.

May 20, 2010 – He crashes during the Amgen Tour of California and is taken to a hospital. The same day he denies allegations of doping made by former teammate Floyd Landis

July 21, 2010 – Armstrong hires a defense lawyer to represent him in a federal investigation into allegations of fraud and doping.

February 16, 2011 – Armstrong announces his retirement from the world of professional cycling, saying he wants to devote more time to his family and the fight against cancer.

June 12, 2012 – The U.S. Anti-Doping Agency (USADA) notifies Armstrong of an investigation into new doping charges. In response, Armstrong says that the USADA intends to “dredge up discredited” doping allegations against him in a bid to strip him of his seven Tour de France victories.

June 29, 2012 – The USADA announces that it has filed doping charges against Armstrong. Armstrong’s attorney calls the decision to charge “wrong” and “baseless.”

July 9, 2012 – Armstrong files a federal lawsuit in a Texas district court to halt the doping case against him. The suit asks the court to file an injunction against the USADA by July 14th-a deadline the USADA stipulated for Armstrong to agree to contest the charges or accept sanctions. Hours later, U.S. District Judge Sam Sparks dismisses Armstrong’s lawsuit. In a sharply-worded ruling, the judge states Armstrong’s 80-page complaint is full of legally irrelevant claims. The judge urges Armstrong to re-file without “any improper argument, rhetoric, or irrelevant material.”

July 10, 2012 – Armstrong re-files the lawsuit. The complaint is substantially shorter than the original and Armstrong again asks the court to file an injunction against the USADA by July 14th.

August 20, 2012 – A federal judge dismisses Lance Armstrong’s lawsuit against the United States Anti-Doping Agency saying his right to due process is being violated.

August 24, 2012 – Declares he will no longer fight charges of illegal doping. Shortly after Armstrong’s announcement, the U.S. Anti-Doping Agency says they will strip Armstrong of his seven Tour de France titles and impose a lifetime ban on him.

October 10, 2012 – The U.S. Anti-Doping Agency’s 202 page report on Armstrong is released. The report places Armstrong at the center of a doping program during his heyday in cycling. Also in the report former teammates admit to doping and ways of beating the drug-testing. Armstrong has always denied the allegations.

October 14, 2012 – The Sunday Times of London is considering a lawsuit against Armstrong to recoup the settlement paid him in June 2006 for a 2004 article implying he took performance-enhancing drugs.

October 17, 2012 – Armstrong announces he is stepping down as chairman of LIVESTRONG.

October 22, 2012 – The International Cycling Union announces that Armstrong is being stripped of his Tour de France titles and is being banned from professional cycling for life.

October 22, 2012 – Oakley announces it is severing ties with Armstrong but will continue to support the LIVESTRONG Foundation.

November 12, 2012 – Armstrong resigns from his position on the LIVESTRONG Foundation board.

November 14, 2012 – The Lance Armstrong Foundation announces it has formally dropped Armstrong’s name from its title. It will now be the LIVESTRONG Foundation.

January 17, 2013 – The International Olympic Committee strips Armstrong of the bronze medal he won at the 2000 Olympic Games in Sydney, Australia.

January 17, 2013 – In an interview with Oprah Winfrey, Armstrong admits to using banned performance-enhancing drugs during his cycling career.

February 22, 2013 – The U.S. Department of Justice has joined the whistle-blower lawsuit against cyclist Lance Armstrong that was originally filed by former teammate Floyd Landis.

March 26, 2013 – ABC News reports that Armstrong is being investigated for doping crimes committed while he lived in Spain during 2004.

April 23, 2013 – The Justice Department files a lawsuit against Armstrong and his company Tailwind Sports for millions of dollars that the U.S. Postal Service spent to sponsor the cycling team. The complaint charges that the use of prohibited drugs constitutes a breach of contract.

September 12, 2013 – Armstrong tweets that he has turned over his Olympic bronze medal, won at the 2000 Sydney Games, to the U.S. Olympic Committee.

December 31, 2014 – Hansen admits to police that Armstrong was driving when the couple’s SUV struck the parked cars. Hansen apologizes for lying to police and states that they wanted to avoid publicity of the accident.

January 29, 2015 – The BBC airs an in-depth interview with Lance Armstrong about his history and his future. He states that if he were racing in 1995 “when doping was completely pervasive, I would probably do it again.”

July 16, 2015 – Despite being unwelcomed, Armstrong makes his return to the Tour de France to take part in a charity ride one day prior to the official start of the competition.