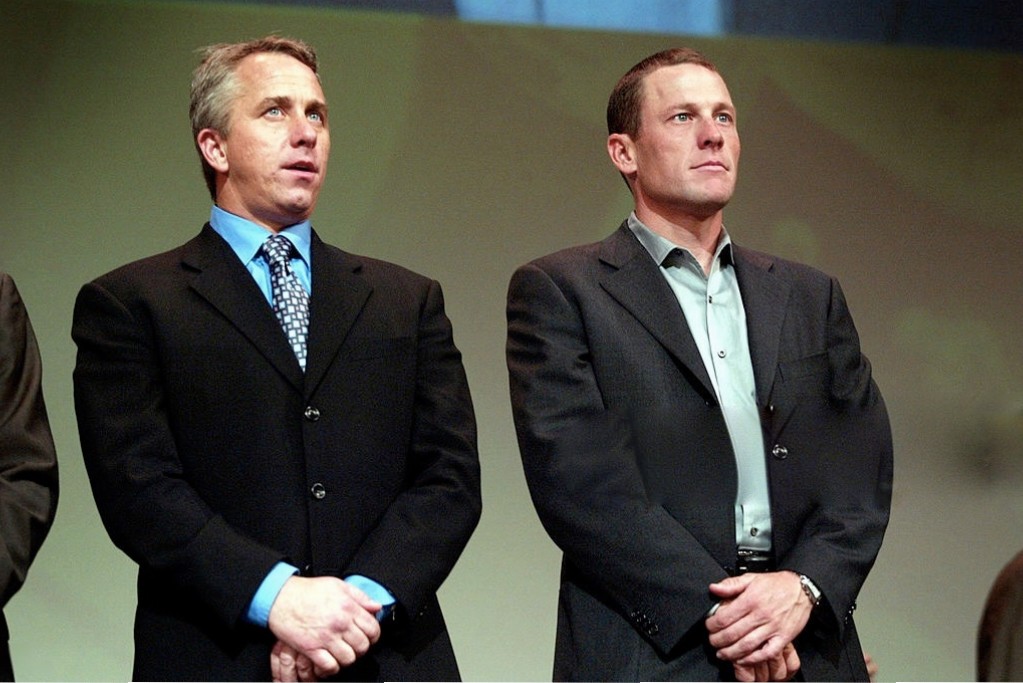 01 Apr 2016
By Gianni Pericolo - In LATEST ARTICLES, THE BROOM WAGON

Lance Armstrong and Greg LeMond have finally decided to bury the hatchet, and form a partnership that will see the creation of a new range of men’s undergarments, which have been specifically designed with the ex-pro in mind.

It’s no secret, that once many pro’s racing careers have come to an end, and the years go on, so do the pounds for many of them.

Indeed, what were once men of pulmonary pulchritude, quickly become mondo mortals like the rest of society. And with that, comes the dreaded onslaught of posterior aches and pains brought on by years of being in the saddle.

Ex-pros can now rejoice however, because after months of thorough research and development, the two former Tour de France champions have  created the ultimate in undergarment comfort and protection called the LiveThong.

Working closely with the women’s plus-size apparel brand, Lane Bryant, Armstrong and LeMond believe they have created what is by far the most comfortable underwear a gelatinous ex-pro could ask for.

“I haven’t experienced this much comfort, since having eight pairs of my Le Vie Claire shorts sewn together”. “I finally have circulation in places I never did before”, exclaimed an excited LeMond.

As for Armstrong, the beleaguered cyclist is equally thrilled about the end result as well. “Wow, thanks to David Walsh and Floyd Landis’ help with 3D modeling, we can now target millennials”.

Since announcing the launch of the LiveThong, orders have been piling in from all corners of the world, with many of cycling’s most notably ex-pros submitting their orders quicker than one can say erythropoietin.

For example, former Grand Tour Champions Jan Ullrich, Evgeny Berzin and Bjarne Riis have all placed orders for a gross of LiveThongs.

In fact, news of the LiveThong has been spreading so quickly, it’s even piqued the interest of certain celebrities and politicos – with requests coming in for a unisex version.

That just goes to show you what a magnanimous world cycling is after all.