CapoVelo.com
CapoVelo.com - - Lance Armstrong Speaks to Students at the University of Colorado About "Doping"
24567
post-template-default,single,single-post,postid-24567,single-format-standard,no_animation 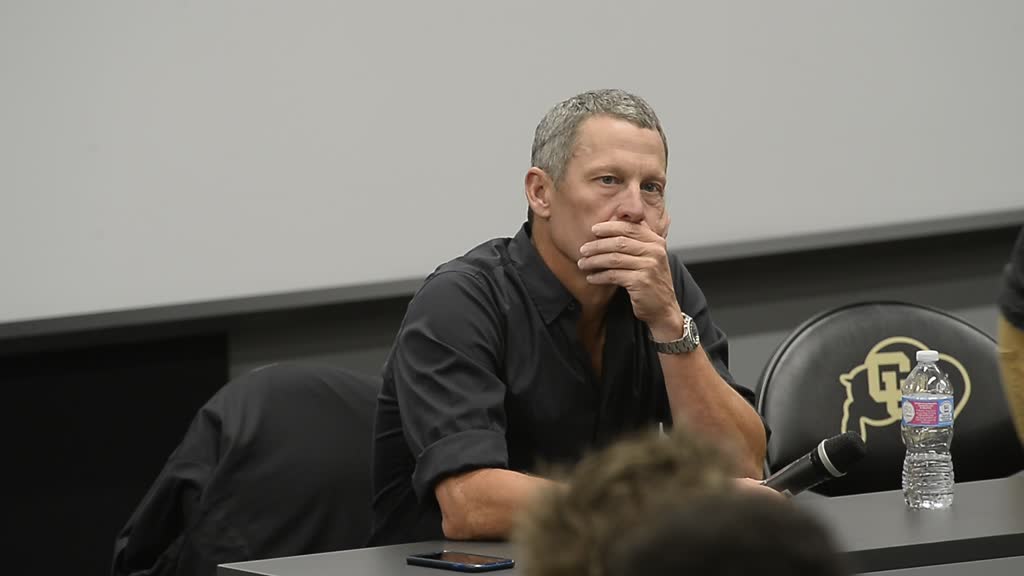 Speaking before a group of students at the University of Colorado in Boulder today, Lance Armstrong lashed out at the US Anti-Doping Agency, calling it “one of the most ineffective and inefficient organizations in the world” and claiming its CEO, Travis Tygart, “went after him only because he and USADA needed a case and a story.”

The disgraced cyclist was the guest of Professor Roger Pielke, who teaches a course called – Introduction to Sports Governance.

As part of the lecture, Armstrong availed himself to questions from the students, which were wide-ranging in scope, with “doping” needless to say, being the most heavily discussed.

According to Pielke, in order to give his class a “balance” perspective in the case, Tygart had been invited to speak during the previous week ahead of Armstrong.

“We wanted the students to hear from USADA and one of the most famous athletes in the world who got caught doping,” Pielke said.

When addressing the class, Armstrong spoke at length about the supposed failures of the antidoping agency that took him down.

“I have a lot of thoughts about USADA,” Armstrong said. “I think the organization is absolutely necessary.

“And now the world views him and them and the organization and all of their peers, and any other antidoping agency, as truly effective, when they’re really not.”

He went on to say, referring to USADA again: “If you have an organization that’s struggling for credibility — and believe me, I was the complete dumb-ass who made it totally easy for them to do this, right? So this is my fault. I did what I did. Our culture and our era did what we did, but I took it so much farther. And that’s really the lesson.”

Pielke said he gave credit to both Tygart and Armstrong for taking all his students’ questions, including some “hard” ones from students who “are not shy.” He said he hoped the students learned that when it comes to doping in sports “there are no simple, easy answers.”

“One of the things I guess I want the students to appreciate is this idea of what are called ‘wicked problems’ — they don’t have any solutions. We can do better or worse. And doping is certainly a ‘wicked problem,'” Pielke told Business Insider.

“They got to be up close and personal with really two of the protagonists in the biggest doping scandal in history,” he said. “For the students I think it was a pretty special experience.”