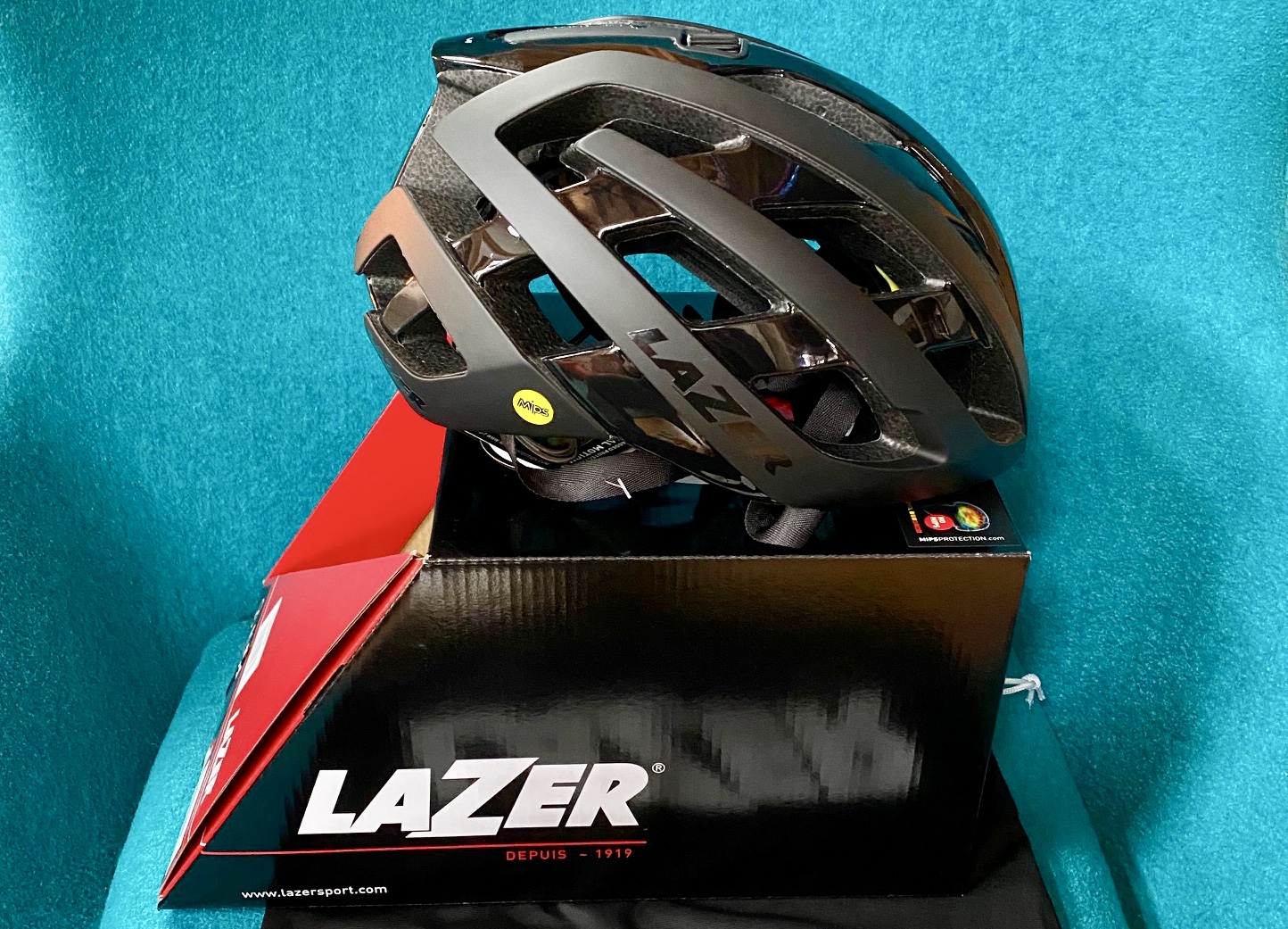 Several months back, Lazer debuted its new G1 helmet during the World Championship Road Race in Yorkshire, UK, which could be spotted being worn under the auspices of a number of national team riders, calling it their lightest and most advanced road helmet to date.

Indeed, according to Lazer, the G1 features the Belgian company’s most advanced ventilation design and retention system that tips the scales at a feathery 189 grams.

“The G1 delivers featherweight and aerodynamic performance for a variety of cycling disciplines including road, mountain, gravel and beyond. The G1 features the superlight version of Lazer’s patented Advanced Rollsys System, securing an easy 360° adjustment. Together with the Adjustable Head Basket, it secures a perfect and comfortable fit,” says Lazer.

Additionally, the G1 includes two sets of padding (Race and Comfort) for cyclists who want to either shave grams or increase comfort, while Lazer’s Aeroshell is available as an option to give the helmet a more aerodynamic signature. Moreover, during cold weather riding conditions, the Aeroshell can be used as a cover to protect the cyclist from the elements.

We recently got our hands on a G1 for review, quickly putting the new sophisticated helmet through its paces along the New England countryside.

The easy part about reviewing a helmet, is that it either works or it doesn’t, leaving the rider in a state of discomfort and agitation when it doesn’t.

In the case of the G1, unless one has an unusual shaped noggin, Lazer’s adjustable Head Basket system is pretty straightforward. And, at under 200 grams, it feels about as light as a bicycle lid can. But, weight alone is not the helmet’s only accolade, as copious amounts of ventilation make it one of the airiest helmets one could hope to don during hot and humid riding conditions.

As mentioned, Lazer also offers its Aeroshell as an option to give the helmet a more aerodynamic signature. The Aeroshell can also be added to protect the cyclist from the cold and the wet.

Back to fit, the Rollsys adjustment system initially felt a bit wonky compared to other traditional cradle/retention designs. However, it wasn’t long before its function became second nature.

Personally, I prefer the former of the two, but Lazer’s decision to incorporate the adjustment dial into the top of the shell is what clearly gives the G1 its lightweight, streamline profile.

Overall, Lazer’s promise of delivering excellent comfort and optimal ventilation during the most demanding riding conditions was achieved with the G1. And, if looks matter, which we all know do to the inveterate roadie, then looking good can also be the equivalent of riding faster.

The G1 is called the Genesis outside of the North American market, which is available in three sizes in both a MIPS and non-MIPS version that sell for $239.99 and $219.99 respectively.

You can learn more about the G1 by visiting lazersport.com.