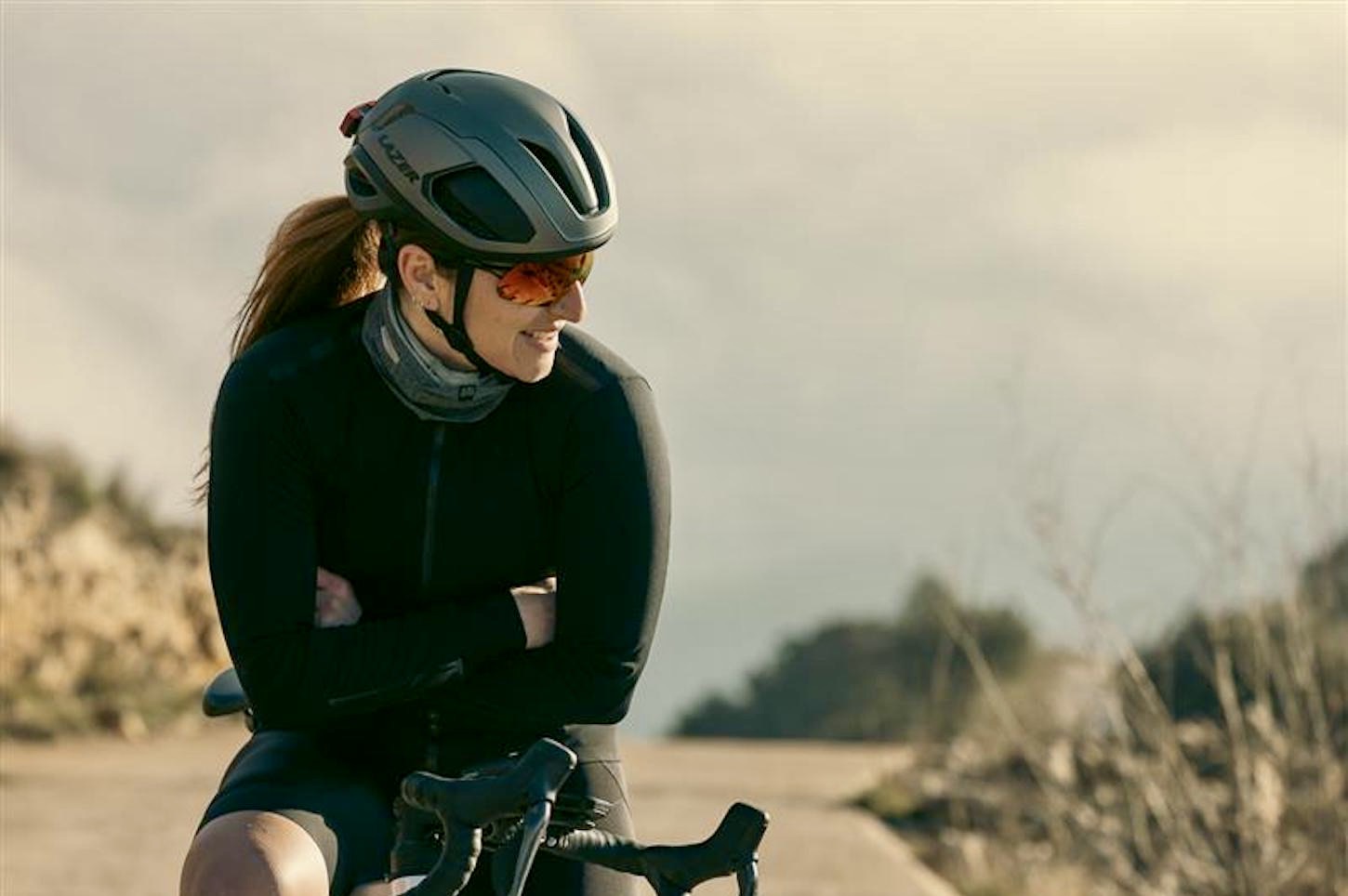 It never ceases to amaze me the extent to which some cycling journalists/bloggers will go when reviewing a simple bike product, pouring such extraneous detail into their review that readers might think the article was outlining the process by which O-rings were developed for the Space Shuttle. Well, here’s some brevity for once.

As a replacement for its Bullet 2.0 MIPS aero helmet, Lazer developed the Vento KinetiCore. But, in addition to creating a sleek, new aero lid, the Belgian brand also set about targeting safety, debuting a new system called Kineticore that claims to rival any existing head protection technology in the market.

KinetiCore features a series of controlled crumple zones that are designed to protect against rotational impacts, claiming to be the “world’s first fully integrated rotational-impact” helmet technology, while simultaneously reducing weight and improving airflow over other designs.

“KinetiCore is a new benchmark for lightweight, protective helmets that are available for every type of rider. The breakthrough moment came when the team examined cars’ crumple zones. This inspired them to build cone-like crumple zones on the inside of the helmet, designed to break under impact and dissipate energy away from the cyclist’s skull,” explains Lazer.

As mentioned, the KinetiCore’s controlled crumple zones are integrated into the helmet’s EPS foam blocks, which are designed to buckle in the event of a direct, rotational impact, redirecting energy away from the cyclist’s brain.

“They are individual but work together synchronously to cushion your head from impact,. And, if just one block is broken, you can visually see that the helmet needs replacing,” Lazer further explains.

Now at the top of Lazer’s range of aero helmets, the Vento KinetiCore boasts a 2.3% reduction in drag over the previous flagship Bullet 2.0 MIPS when ridden at a 15 degree tilted-position, while also tipping the scales at a more svelte 290 grams.

So, white paper aside, how did the Vento KinetiCore perform out on the road?

For starters, it certainly felt lighter and provided better ventilation than its predecessor, two things that are paramount to helmet comfort, especially when the mercury starts to plummet.

But, perhaps the most notable feature is Lazer’s new ScrollSys retention system, which resembles a rubberized conveyor belt that in turn adjusts the helmet’s floating headband to the wearer’s size, an oddly pleasant experience from something that’s so very different from other designs.

Indeed, I found the ScrollSys to be surprisingly detailed, allowing me to incrementally dial in the right amount of tension that was on par with other systems.

Other features that punctuated the Vento Kineticore included a clever eyewear docking system and Lazer’s integrated LED light for those keen on increasing their visibility.

In sum, the Vento Kineticore is a great option for cyclists who are focussed on weight, ventilation and decreasing their aerodynamic signature. Moreover, the helmet looks great, which for an inveterate euro-geek roadie like me, looking good is the equivalent of riding faster.

The Vento Kineticore sells for $299.99, which is available in three sizes, small, medium and large, as well as four stylish colorways.

Space Shuttle O-rings not include.