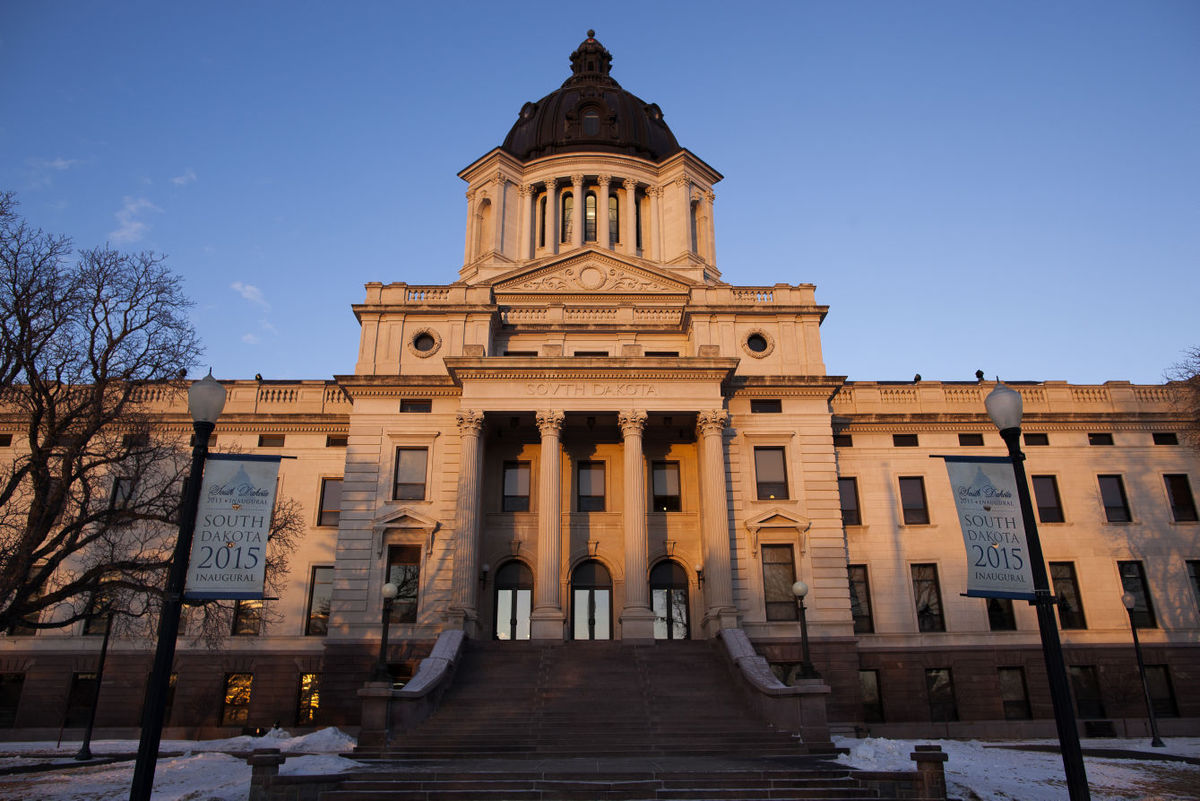 26 Jan 2016
By Gianni Pericolo - In LATEST ARTICLES, THE BROOM WAGON

Members of the South Dakota legislature, proposed a bill last week, which would remove the “substandard lane width” exception to the state’s “far right as practicable” law, and require cyclists to stop, move off of the roadway, and dismount when followed by faster traffic. To wit:

FOR AN ACT ENTITLED, An Act to require persons operating bicycles under certain conditions to stop and allow faster vehicles to pass.

BE IT ENACTED BY THE LEGISLATURE OF THE STATE OF SOUTH DAKOTA:
Section 1. That § 32-20B-5 be amended to read:

32-20B-5. Any person operating a bicycle upon a roadway at less than the normal speed of traffic at the time and place and under the conditions then existing shall ride as close as practicable to the right-hand curb or edge of the roadway. However, a person operating a bicycle may move from the right-hand curb or edge of the roadway to overtake and pass another bicycle or vehicle proceeding in the same direction, to prepare for a left turn at an intersection or into a private road or roadway, or to avoid conditions including, but not limited to, fixed or moving objects, parked or moving vehicles, bicycles, pedestrians, animals, or surface hazards, or substandard width lanes that make it unsafe to continue along the right-hand curb or edge. For purposes of this section, a “substandard width lane” is a lane that is too narrow for a bicycle and vehicle to travel safely side by side within the lane.

If a person is operating a bicycle within a no passing zone on a roadway that has no shoulder or a shoulder of less than three feet in width, the person shall stop the bicycle, move the bicycle off the roadway, and allow a faster vehicle to pass.

A violation of this section is a Class 2 misdemeanor.

According to reports, 11% of the South Dakota House of Representatives, along with 9% of the State Senate are listed as co-sponsors of bill, with the prime sponsor being, 71-year-old Mike Verchio who chairs the House’s Transportation Committee.

However, a bike shop owner in Rapid City, Tim Rangitsch, told the local TV station,“to actually required cyclists to dismount and exit the roadway is impractical and fairly unenforceable,” he said. “It’s very unsafe for the cyclist and the motorist. I don’t think this bill is very well thought out. In fact, I think it’s asinine.”

In other news, South Dakota continues to rank amongst the highest in the nation when it come to political ignorance.