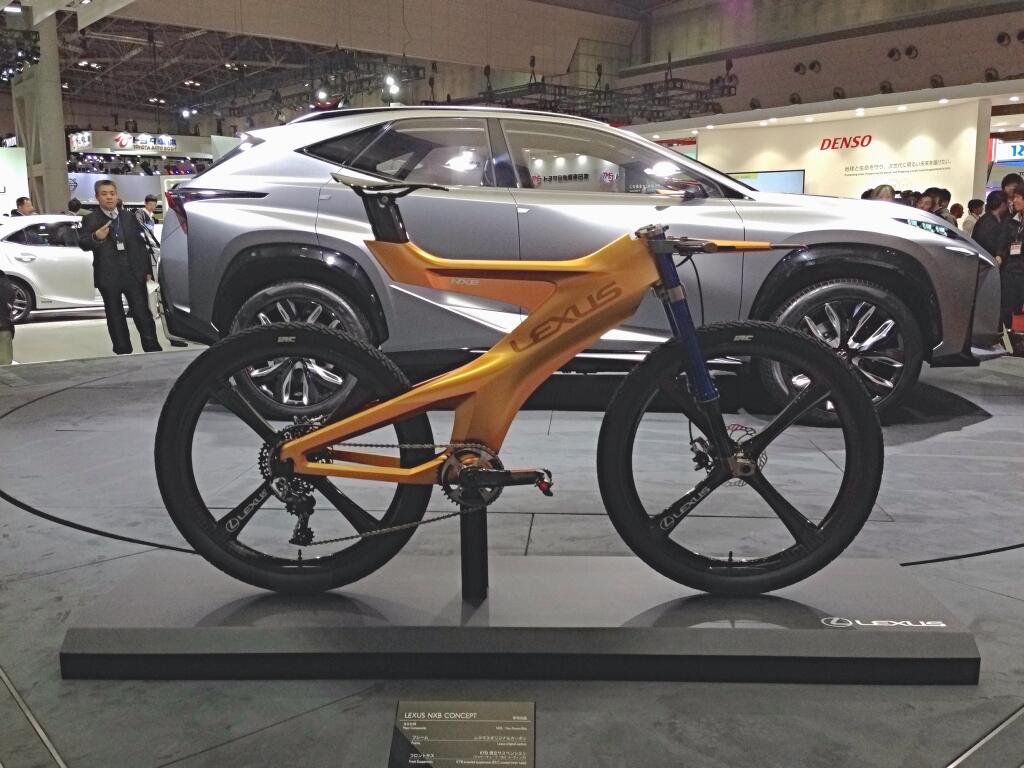 07 Jul 2015
By Gianni Pericolo - In LATEST ARTICLES, THE DOUBLE DIAMOND

I recall seeing this radical part aero, part off-road concept bike from Lexus a couple of years ago, and thought it was worth reprising.

Based on the limited product FLA sports car, the NXB boasts a carbon fiber reinforced polymer (CFRP) frame that was built using Lexus’ LFA Works three-dimensional braiders. And, now that production of the LFA super car has come to a halt, the machine is used exclusively to build the NXB.

Along with its high-pedigree frame, the NXB (which stands for “Neo Extreme Bike”) has some other notable features, such as its lethal-looking triathlon-bike-like handlebar extensions, as well as XeNTiS Kappa2 CC carbon fiber aero wheels, which were made custom to Lexus’ specs.

Another custom feature is the tread pattern on the IRC tubeless tires, made to resemble the distinctive “spindle grille” on the front of higher-end Lexus automobiles. Additionally, two separate hand grips take the place of one continuous handlebar.

So, did the NXB ever make it into production ? Yes, but not many given the staggering $10,000 price tag.