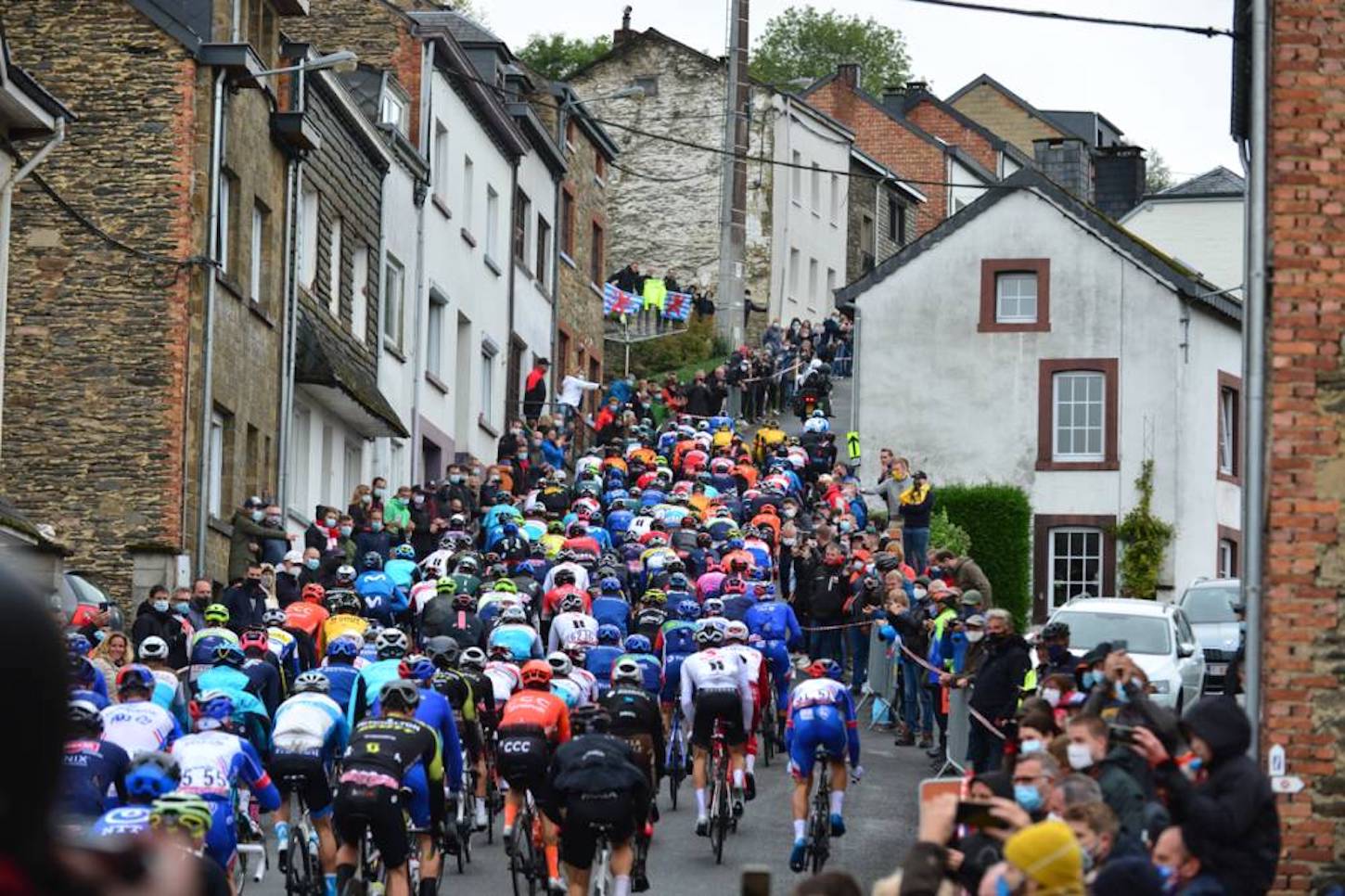 Today’s Liege-Bastogne-Liege ended in a photo finish, with Primoz Roglic (Jumbo-Visma) claiming victory ahead of World champion Julian Alaphilippe (Deceuninck-QuickStep), who initially believed he had the race sewn up, lifting his arms in celebration as he crossed the finish.

However, after examining the footage, race officials concluded that Roglic had in fact clinched the race honors.

“It’s just unbelievable,” said Roglic at the line. “It was so close. I just never stopped believing, and kept pushing until the last meters, actually the last centimeters. I’m super happy that I managed to win.

“It’s an incredible feeling. It was a really long period for me, three months away from home. I’m just super, super happy, and proud of the whole team and everyone. Finally, I managed to win something, eh!”

“Tom [Dumoulin] was really good at the end. Not just him, all of the guys, they did a really super job, I was protected all the time.

“It was on my wishlist to win a monument, and I’m super happy that I managed to do it.”

Additionally, officials also determined that Alaphilippe diverted from his line during the sprint, subsequently relegating him to fifth and giving Marc Hirschi (Sunweb) second place, while Tadej Pogacar (UAE Team Emirates) rounded out the podium.

Kamp punctured shortly afterwards, resulting in him being caught by the peloton, from which Mathijs Paasschens (Bingoal WB) counter-attacked, with Dutch rider later bridging his way to frontrunners to establish nine-rider strong breakaway group.

The escapees’ gap later swelled to 5:45 clocked atop the Côte de la Roche-en-Ardenne, with Deceuninck-Quick Step, Team Sunweb and Ineos Grenadiers devoting the most time in controlling their advantage.

There was another crash at the head of the bunch with 85 kilometers to go, this time taking out Damiano Caruso (Bahrain-McLaren) and Michael Valgren (NTT Pro Cycling). The crash also affected  Alaphilippe, Hirschi and Rui Costa (UAE Team Emirates), amongst many others, causing the peloton to come back together. Meanwhile, at the front of the race, a series of attacks left Schär alone out front with 64 kilometers remaining with Mäder being the last one able to hold onto the Swiss rider’s wheel.

Deceuninck-Quick Step hit the front of the pack again on the Col du Maquisard, with the Belgian squad later reining in Schär along the Côte de la Redoute. By the summit of the iconic climb there were only 50 riders in the bunch, which was being led by Dries Devenyns and Mauri Vansevenant on the way to the Côte des Forges, where Michael Albasini (Mitchelton-Scott) launched an attack before taking a bow and bidding farewell on his last-ever professional race.

Despite a subsequent attack by Luis León Sánchez (Astana Pro Team) and Costa, things came back together ahead of the Côte de la Roche-aux-Faucons.

Dumoulin later upped the pace at the foot of the climb, while Alaphilippe took the initiative to force a final selection that included Roglic, Pogačar, and Hirschi.

From there, the quartet worked in unison, while a dozen or so riders chased in earnest.

Matej Mohoric (UAE Team Emirates) attacked from the chase to join the quartet with 500 meters to go, launching the final sprint.

However,, Alaphilippe countered with 200 meters to go, which was not enough to hold-off a final challenge from Roglic.