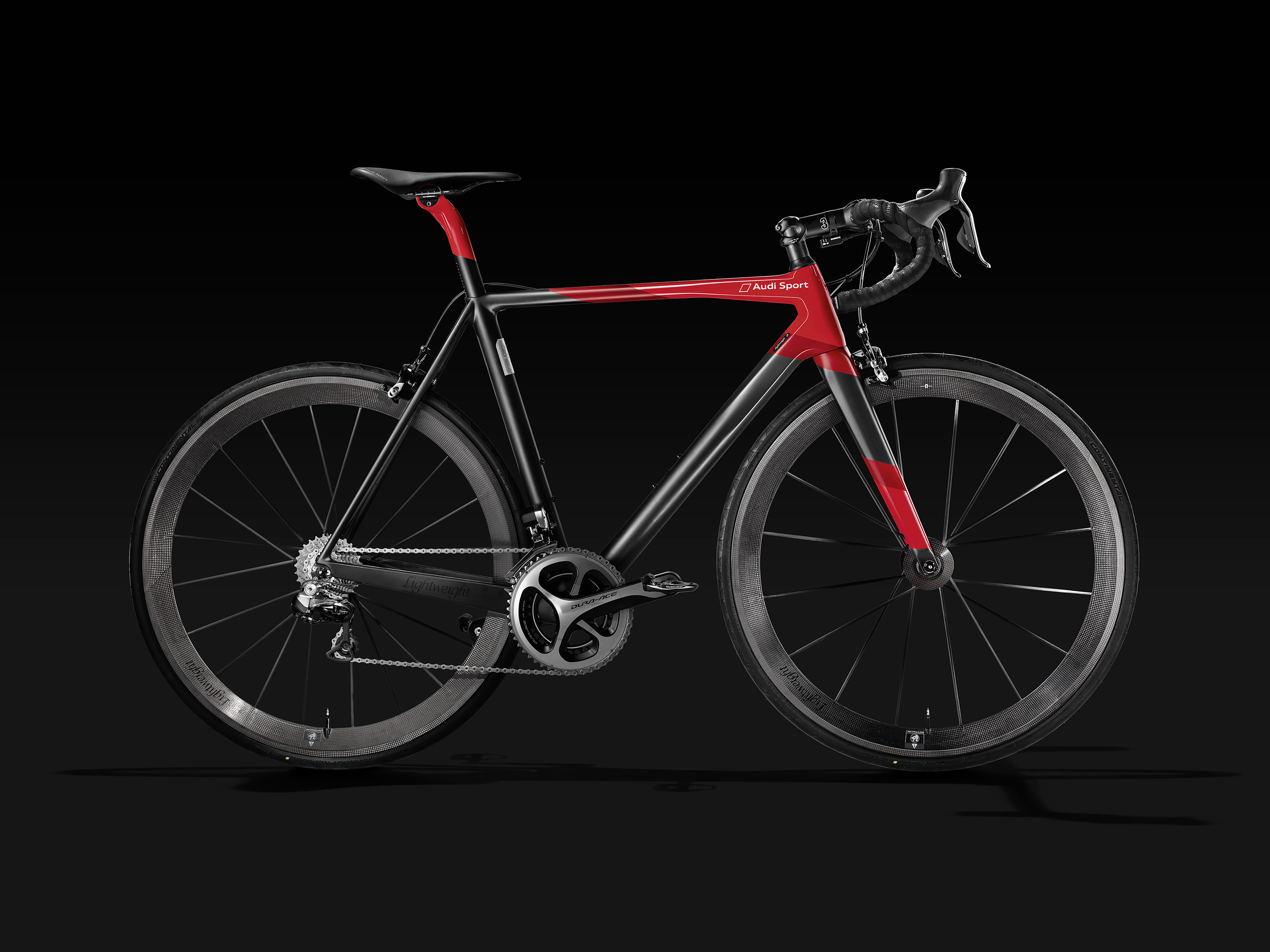 Two German marques, Lightweight and Audi, have combined their engineering brilliance to create a special edition bike. And, as one might expect, it doesn’t come cheap.

Not surprisingly, the special edition bike, encompasses Lighweight’s exclusive Urgestalt frameset and Meilenstein wheels, along with some unique styling cues from Audi, such as a commemorative serial placard, and a distinctive nappa leather clad Selle Italia saddle.

According to Lighweight, the special edition bike is limited to a run of just fifty, and they’ll be sold through Audi’s dealership network in Germany and abroad.

Want one ? Better bring a stack of geld, because the cost of the bike borders on the 20K mark.