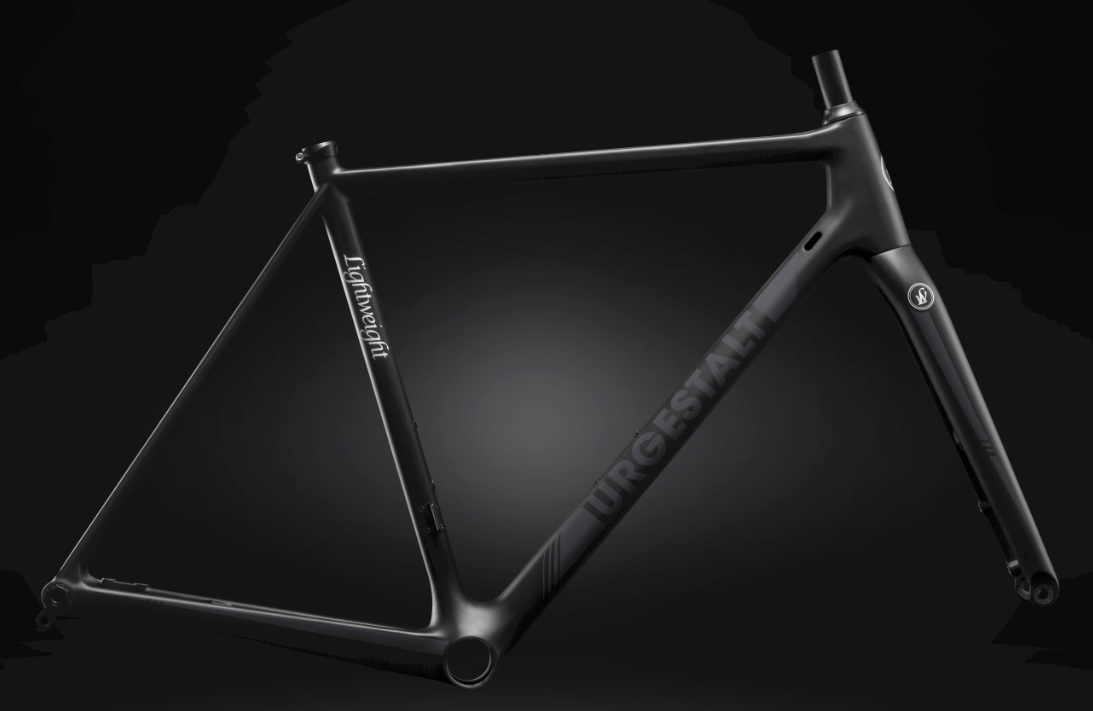 Beef up a few areas here and there, and add some thru-axles seems to be the typical modus operandi for a lot of bike brands wishing to jump on the disc brake bandwagon.

However, that wasn’t the attitude the Uber Lords of carbon fiber at Lightweight took, when they decided to realize a disc brake version of their exclusive URGESTALT road frame.

Rather, Lightweight chose to take a ground up approach to revising the URGESTALT, paying careful attention not to disrupt anything that would detract from its super bike status.

Lightweight isn’t a company that’s ever been quick to follow market trends purely for want of a new product, as evidenced by their stolid and true wheelsets, which have evolved cautiously over the years, never losing their esteem as the benchmark for which all other wheels are judged.

Same thing for the URGESTALT, wherein a careful approach to carbon lay-up and a newly designed fork allowed the new disc brake version to retain the same design language and performance attributes as its caliper brake sibling.

In the end, Lightweight’s efforts yielded a disc brake version of URGESTALT that tips the scales at an astonishingly light 800g, with no compromise in strength or compliance.

EVERY GENERATION HAS ITS STANDARDS – WE REDEFINED THEM FROM SCRATCH

The new URGESTALT DISC opens a new chapter for Lightweight in the construction of bike frames. The initial idea was as simple as it was challenging as the frame is the essential link between the wheels and the rider. Key aspects of these developments were most efficient power transmission, best directional stability and maximum stiffness.

For the second generation of URGESTALT the engineers in Friedrichshafen started where they did with the first: from scratch. Their mission was to improve all performance values while considering the implementation of latest technologies such as disc brakes, electronic gear-shifting systems and the mounting of measuring devices.

The hard work was rewarded with the best and most versatile race bike frame that Lightweight has ever built. The new URGESTALT DISC is a further step in the evolution of the perfect racing bike.