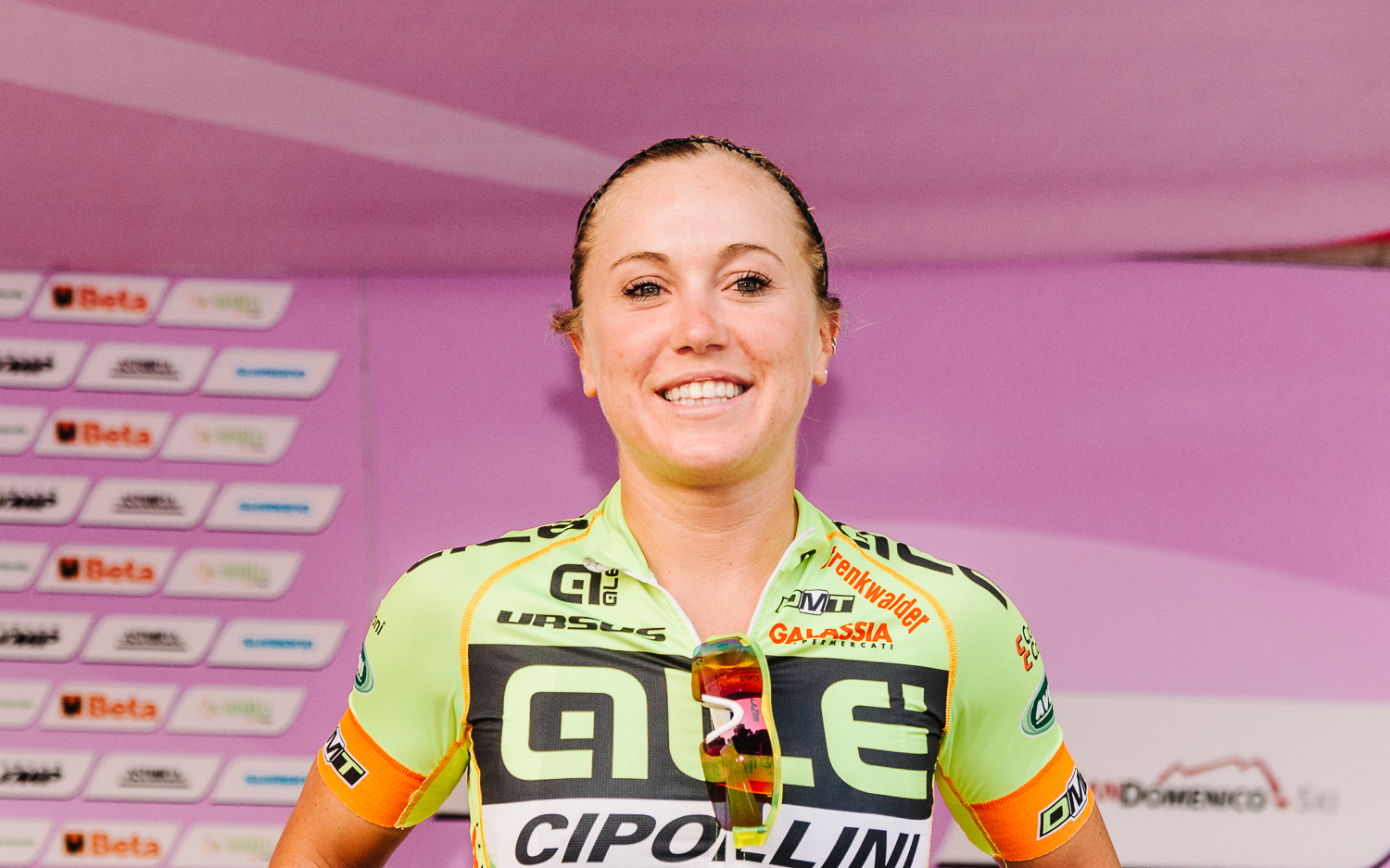 Shelley Olds (Ale-Cippolini) won the inaugural Madrid Challenge by La Vuelta, after powering her way to victory in a bunch sprint finish today.

Following a similar model to the La Course race in Paris this year, today’s 87 kilometer circuit race was a first for the Vuelta, which was held on the same course as the men’s race, which finished on later in the day.

Despite a late breakaway group of 11 riders managing to get away, the peloton ultimately brought the race back together during the closing 7 kilometers.

However, going into the final lap, Kelly Van den Streen (Topsport Vlaanderen) made a last ditch effort with an attack. But, she was quickly reeled back in by the chase, with less than 5 kilometers to go.

From there, Hitec Products set about moving Kirsten Wild into position. But, Ale Cipollini was there to counter with Olds.

Coming out of the final hairpin corner and into the last kilometer, the race was shaping up into a grand finale. And, with 200 meters to go, Olds initiated a final surge to easily beat Bronzini and Wild – for the victory. 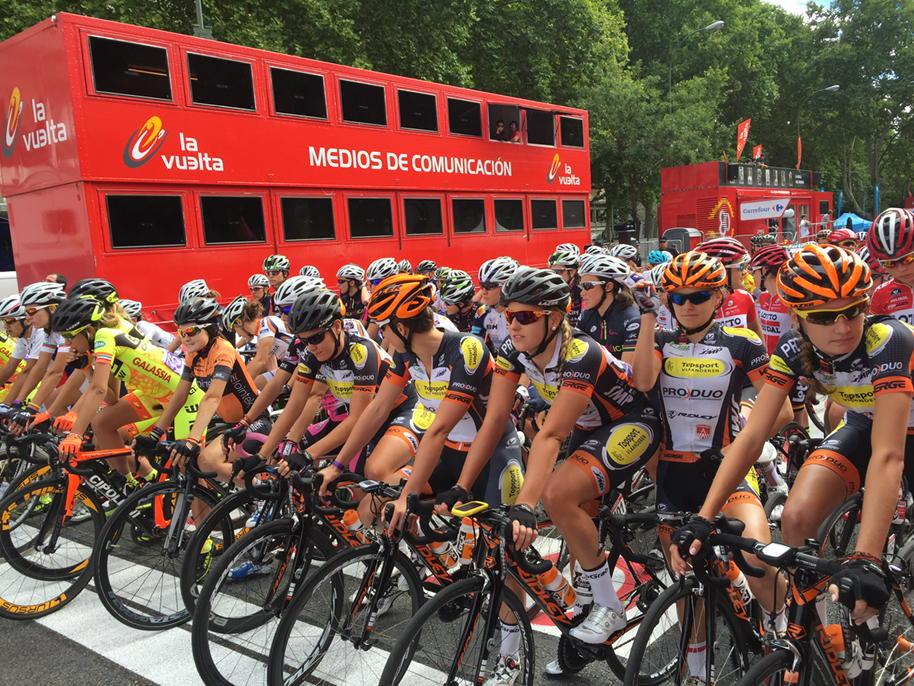