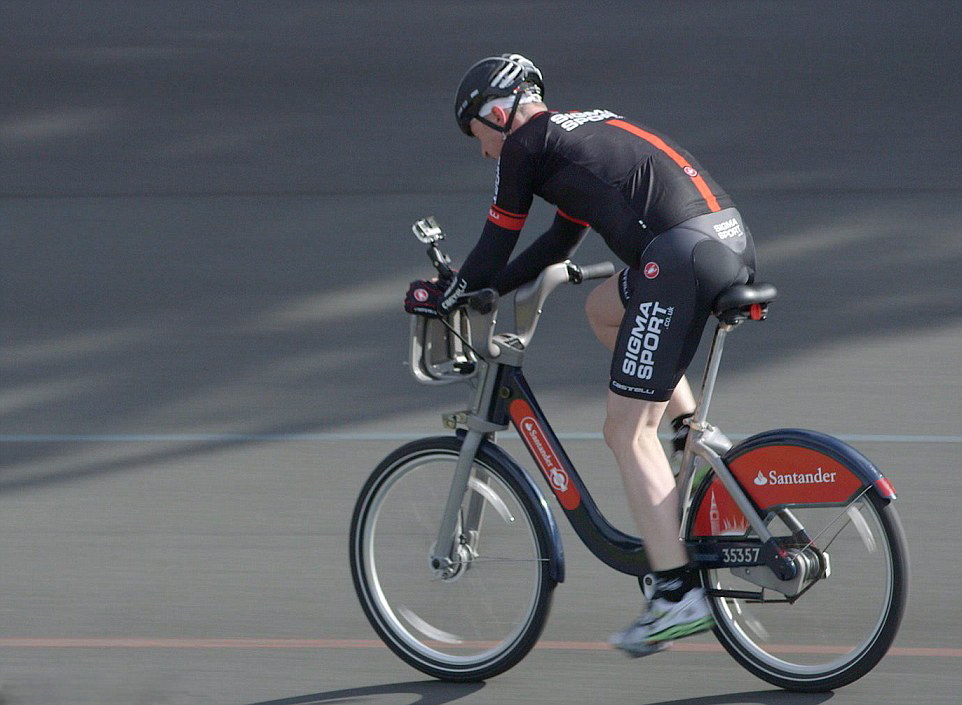 Well before the cycling masses gathered to see Bradley Wiggins crush the Hour Record on Sunday, one man did so on a BikeShare style bike at the Herne Hill Velodrome on May 29th.

Rob Holden set about tackling the Hour Record, on a 50+ pound eBike, that weighed more than three times that of Wiggins’s high tech Pinarello Bolide HR.

Though, Holden didn’t set any official UCI record, he nevertheless did an admirable job of piloting that tanker to the impressive mark of 31.29 kilometers, which was enough to set an unofficial record for a bike of it’s kind.

This was not Holden’s only impressive feat, as the British cyclist similarly rode both Mount Ventoux and the Mount Washington Hill Climb here in the USA, onboard a BikeShare style bike as well, to raise money for Macmillan Cancer Support and the Livestrong Foundation.

Who know’s ? Maybe, Rob will attempt Mount Everest next. We know he can do it !