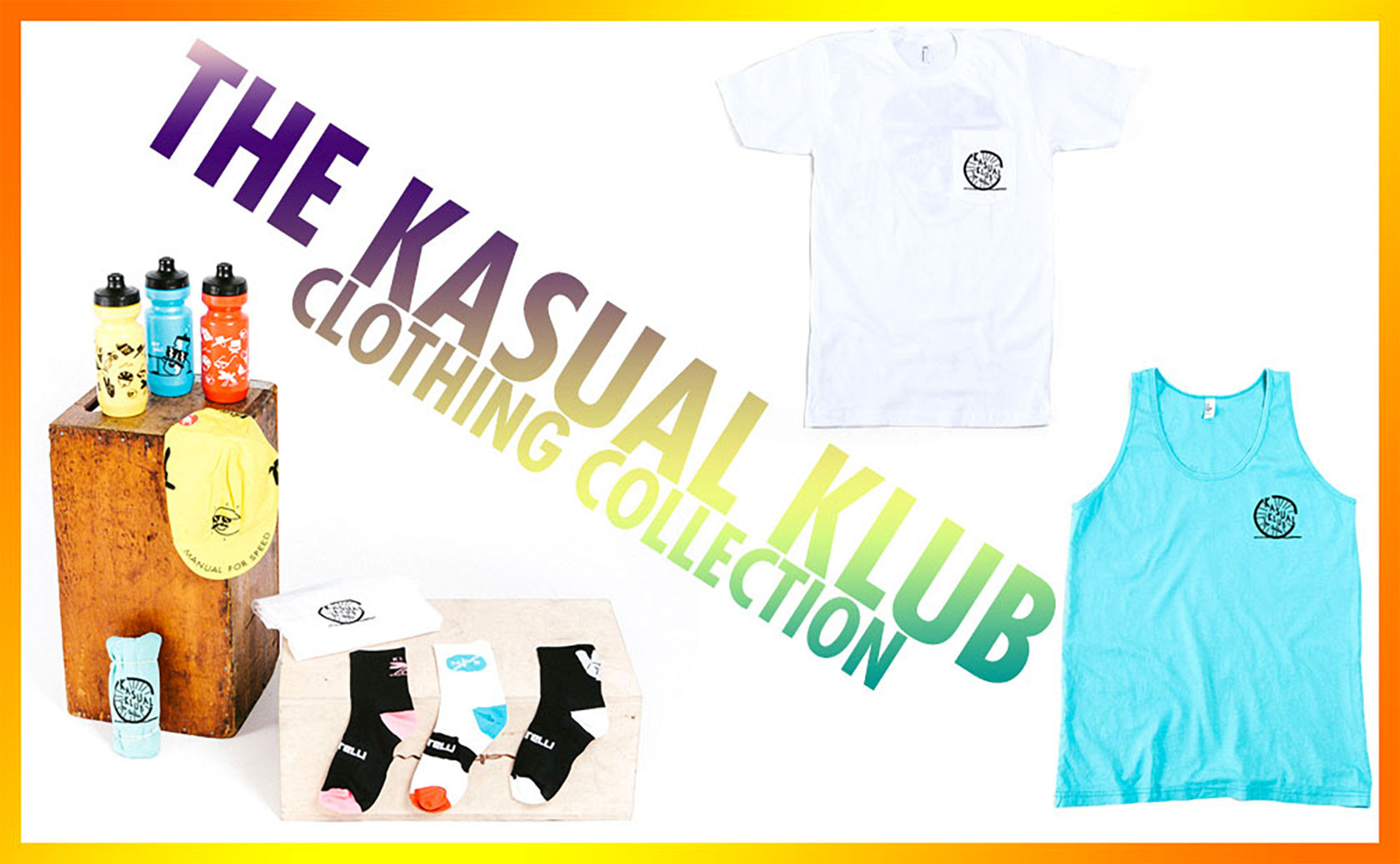 Manual for Speed is committed to our continued support of Human Athletes because without them, Road Cycling would be considerably less interesting. What is a Human Athlete? A Human Athlete is an exceptionally gifted person with personality. Manual for Speed cherishes personality because personality is perspective and insight and character and context and point of view and dramatic gravity. And that shit matters. That shit is the shit, in large part, that makes cycling the Greatest Spectacle on Earth. Bottom line, these dudes, our dudes, the dudes we’re pals with, they aren’t robots. They have feelings, emotions, families, ideas, proclivities, tastes, dreams and idiosyncrasies, just like you and me. They understand that cycling is a totally awesome sport but so is sunbathing and rollerblading… and just plain Chilling. That’s why we invented Kasual Klub. Kasual Klub is for Chilling.

What is Kasual Klub? It’s a Vibe, a Crü, and a Collection of Clothes For Sale. And a Klub, obvs. There are only two ways to get in the Klub: 1) Turn yourself into an exceptionally gifted World Class Human Athlete (or equivalent), or 2) buy a Kasual Klub clothing item now available for sale in our “store”. That’s it; one way is really fucking hard, and pretty much impossible, the other way means you just have to buy a cotton t-shirt or some insane technical socks.