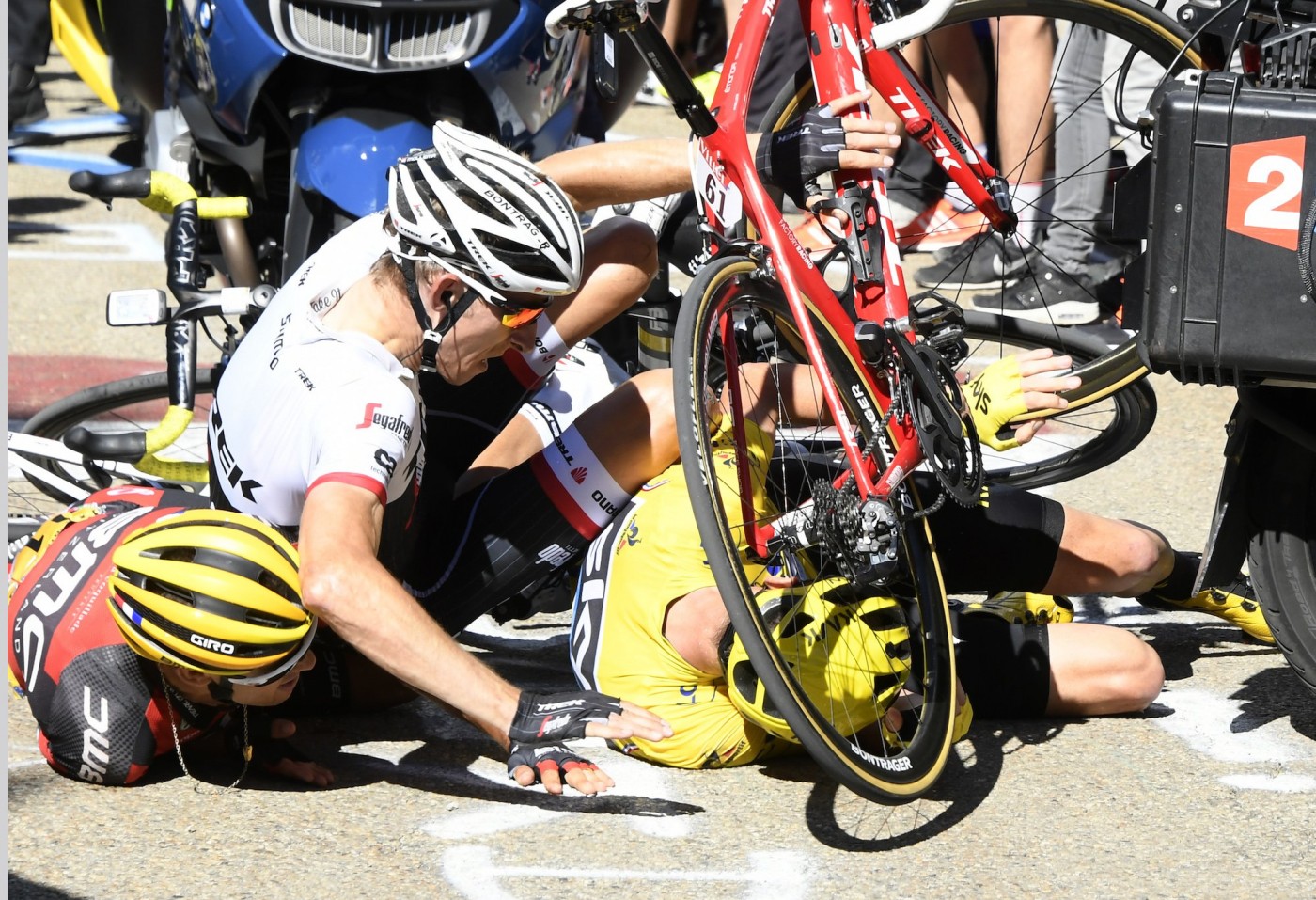 In the aftermath of yesterday’s stage 12 of the Tour de France, wherein a series of halted motorbike led to a pile-up of riders that almost cost race leader Chris Froome is yellow jersey, a member of the Cyclistes Professionnels Associés (CPA), is calling for a reduced number of media motorbikes in “critical situations” during races.

Ben Greetham, who represents British and Irish riders with the CPA, has called for a reduction in the amount of motorbikes carrying photographers who are permitted to drive alongside or near riders in dangerous areas of races.

After yesterday’s melee on Mont Ventoux where Froome was forced to run up the mountain after he, along with Richie Porte (BMC) and Bauke Mollema (Trek-Segafredo) crashed into a stopped motorbike, Greetham says that it is imperative that the UCI act swiftly to implement a set of rules that would prohibit such incidences from occurring again.

“Absolutely there are too many motorbikes,” Greetham told Cycling Weekly. “It’s a difficult situation because the races needs to be televised but we’re very clear that there needs to be less bikes.

“The bikes do a fantastic job: the marshals and the police are there to help riders. But photographers aren’t adding to the safety of the race.

“There are additional motorbikes that shouldn’t be there in a critical situation, such as where there is narrow roads, loads of spectators and too much traffic.

“We’ve put forward a whole host of ideas [to the UCI] around training for riders, selective dangerous areas where you limit access and areas where passing is illegal.”

Greetham believes the carnage that unfolded on Mont Ventoux could have been prevented, had race organizers lined the closing kilometers of the summit with barriers.

High winds atop the Ventoux forced the relocation of yesterday’s stage finish to Chalet Reynard, which organizers claim made it difficult to relocate the barriers that had already been put in place.

“There’s talk that it was windy and moving barriers would have been difficult. But the clue is in the mountain name [vent means wind in French]. You have to have a back up plan. If your back up plan is to move the race further down because of some wind – which was a sensible decision – you should have had some spare barriers down at the alternative area.”

Greetham added that the CPA have been calling for an implementation of rules to ensure safety since a series of accidents in the Spring Classics – one that caused the death of Antoine Demoitié. Nothing, however, has been done yet.

“Our stance hasn’t changed as a group,” he said. “We started campaigning and said we needed some hard and fast rules with regards to safety because at the moment is is just ridiculous. The UCI have not got regulations, no hard and fast rules which we need. There’s lots of talk but nothing is being implemented.