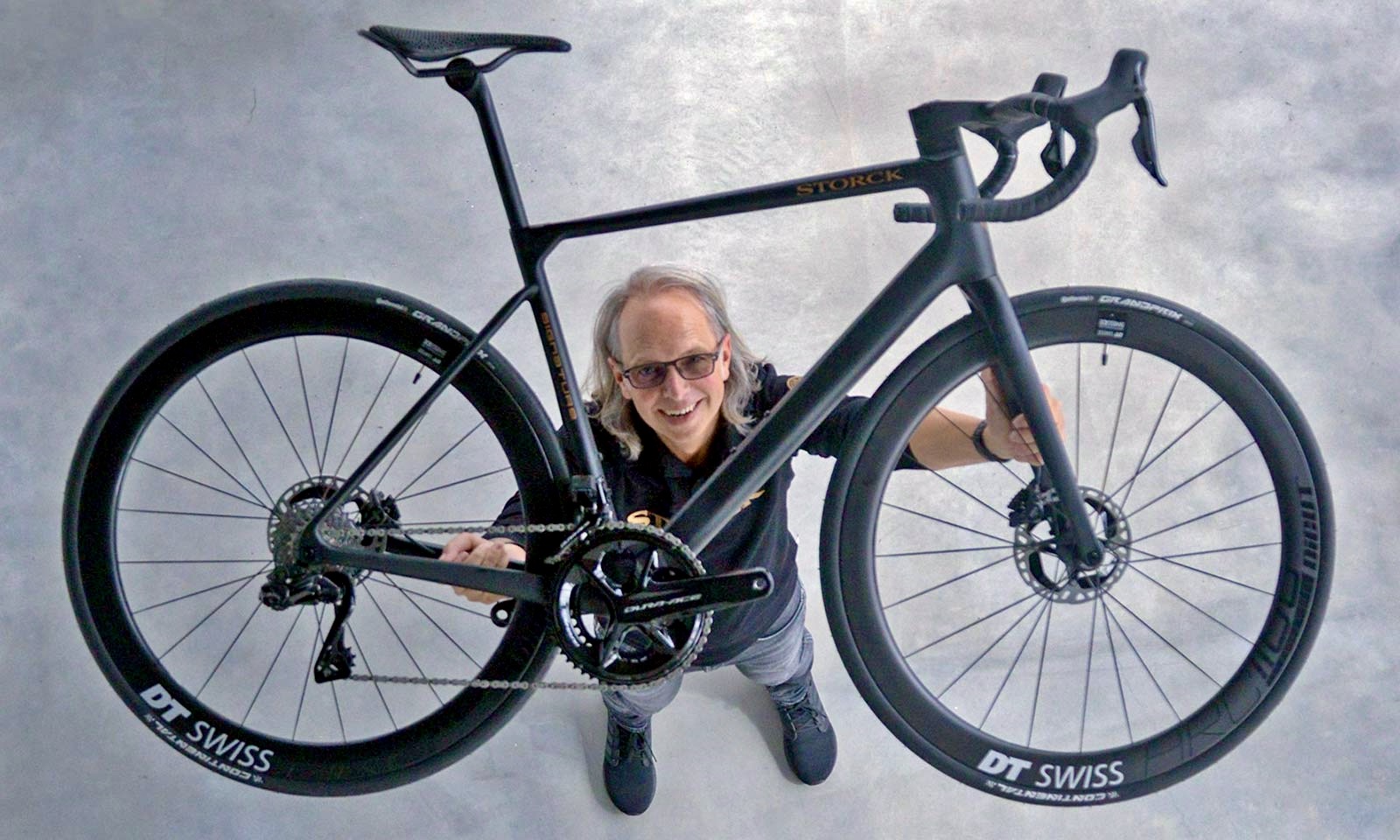 To celebrate the 57th birthday of Markus Storck, the boutique German brand that bears his name has unveiled a special edition road bike called the Aernario.3 Signature Disc, marking the company’s first lightweight variant to be equipped with disc brakes.

Featuring what Storck describes as “Japanese Military Grade Carbon Fiber”, the Aernario.3 Signature Disc frame tips the scales at a feathery 700g, with each bike being signed and number by Storck himself in a subtle bronze script and badging.

“We have taken on the big challenge of bringing proven riding performance to a new, modern disc model and again optimizing stiffness and comfort. The result is a high-end dream bike, limited to 57 bikes, which I give myself as a present for my birthday today,” says Markus Storck.

The Aernario.3 Signature Disc bike will be available with a choice between Shimano’s new Ultegra Di2 or Dura Ace Di2 groupsets, as well as SRAM’s Red eTap AXS, with prices ranging from 8500€ to 9500€.