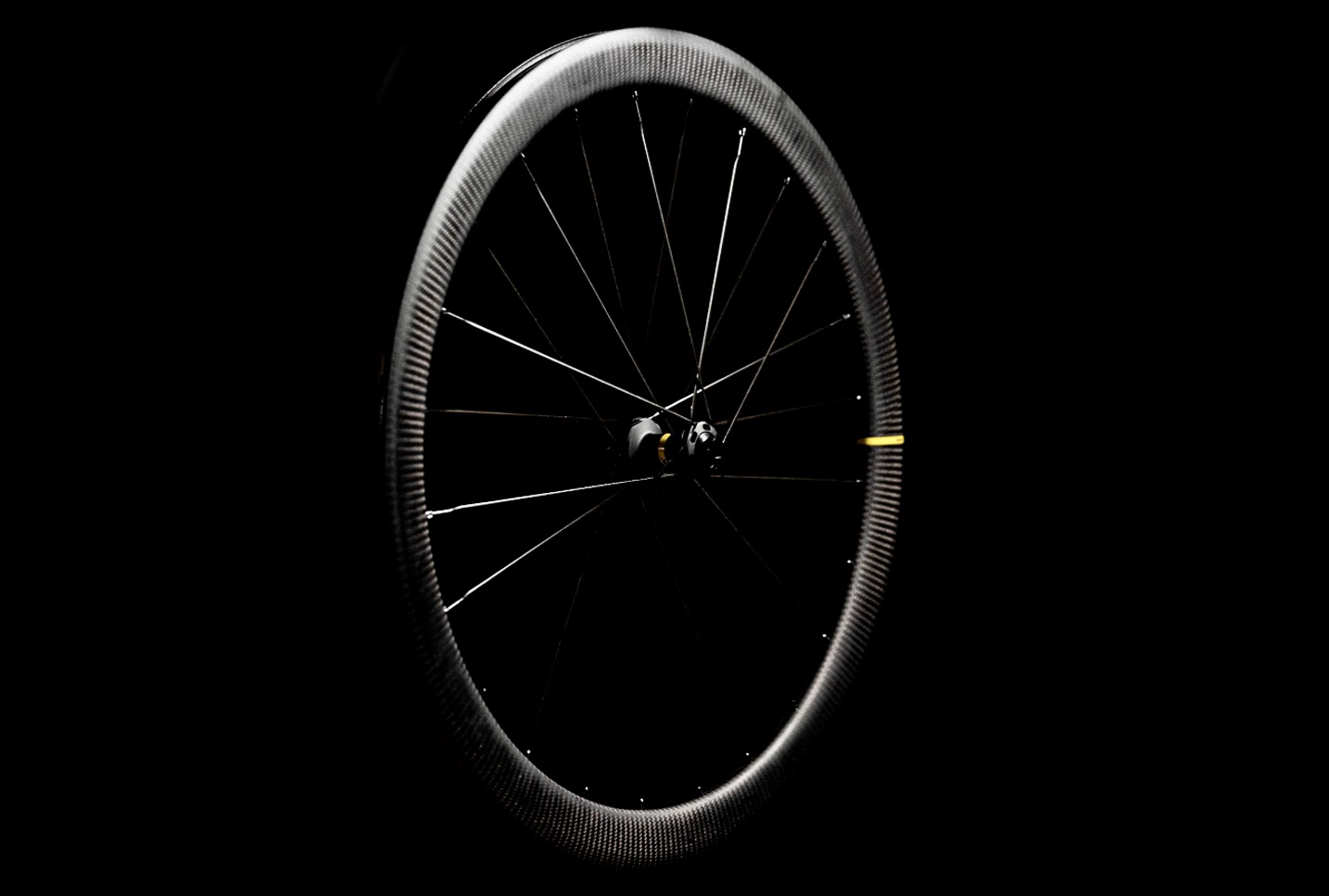 In addition to performance, Mavic says the aim of its new Cosmic SLR 45 Disc is to give ease to tubeless wheels, which features an upper rim bridge that’s sealed, thus allowing spokes to screw into a co-molded metallic insert, along with a lighter rim laminate that eliminates the need for tape.

According to Mavic, this not only results in a more solid construction, but also reduces weight, bringing the Cosmic SLR 45 Disc in at an impressive 1,470g.

Additionally, Mavic says it’s updated the design of its UST rim, which now comprises a wider central groove that’s designed to make mounting tires easier, especially those with wide beads. Moreover, the “hump” that was once used on both sides of the central groove has been eliminated, resulting in easier tire removal as well. Still, Mavic ensures that the tire remains fully locked onto the rim, even at very low pressure.

Mavic also says, all of its tubeless wheelsets will be compatible with every brand of ETRTO-compliant tubeless tire for 2021.

Another feature that highlights the new Cosmic SLR 45 Disc, is Mavic’s Infinity hub that allows for swapping between a quick release, or 12×135 and 12×142 thru axles without the need of a tool, while the rear hub relies on the French brand’s ID360 free wheel system that engages at 9° thanks to its 40-tooth double-ratchet design.

Lastly, a removable rubber damper is provided, which is designed to quiet down the sound of the freewheel.

Pricing and availability for the US market is to be announced.

Meanwhile, you can learn more about the new Cosmic SLR 45 Disc wheelset by visiting Mavic.com.