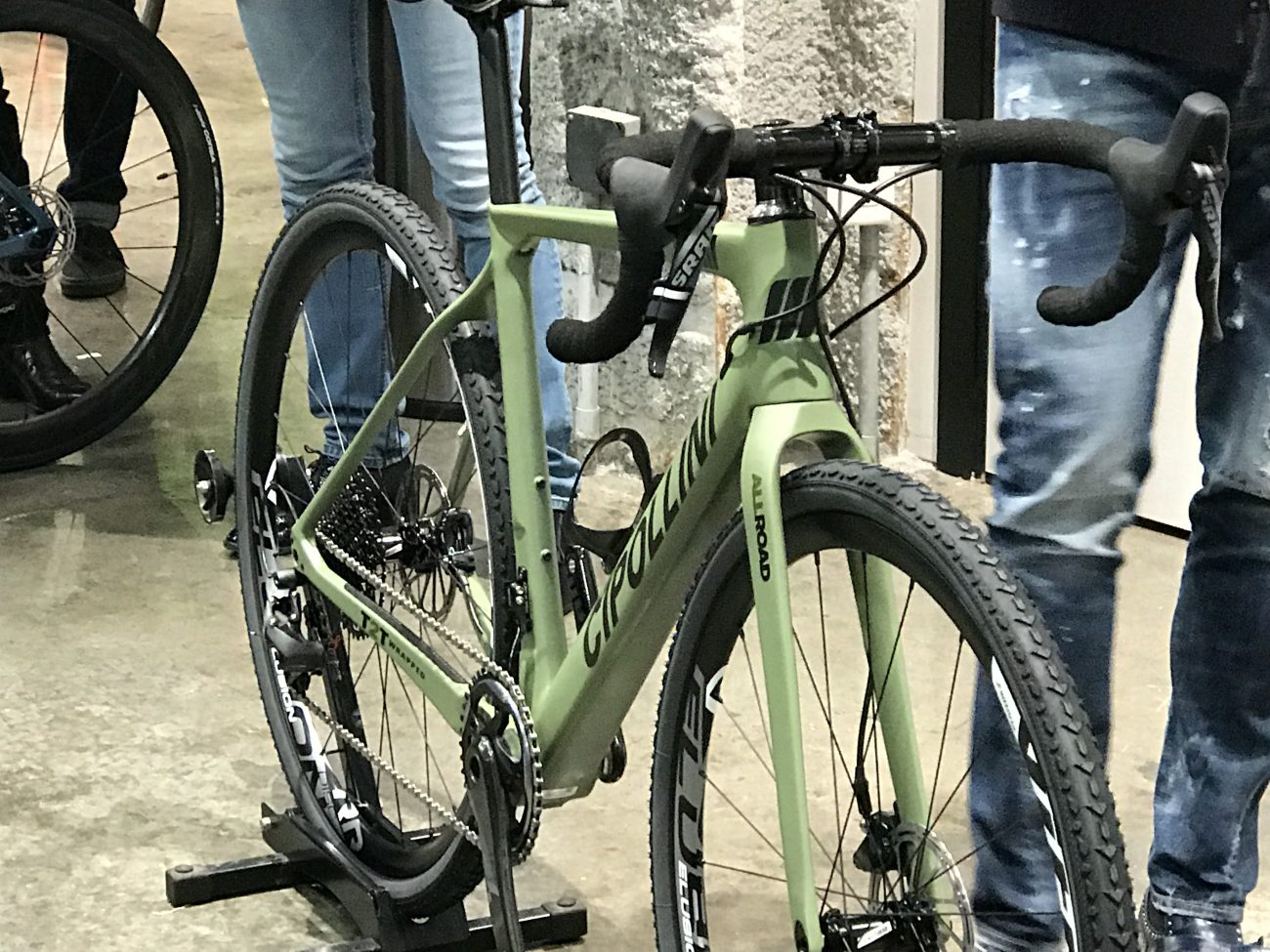 MCipollini unveiled its new gravel bike aptly called the AllRoad during a special event held by R&A Cycles at its exclusive Black showroom in New York City over the weekend.

Unfortunately, details are still scarce. But, as one can glean from the images, the AllRoad hits upon all of the features that makes a road bike a gravel bike, such as increased clearance for wider more robust tires, and of course, the requisite addition of flat-mount hydraulic disc brakes.

The construction of the AllRoad is said to extol all of the virtues that makes an MCipollini a premium, bespoke bike, like the company’s intricate monocoque carbon fabrication process, as well as the latest industry trappings such as full internal cable routing, 1X drivetrain compatibility, thru-axles and electronic groupset integration.

The event also coincided with the Red Hook Crit series, wherein Cipo led a group riders through the city’s streets, taking in some of NYC’s most spectacular surroundings, before reaching the race.