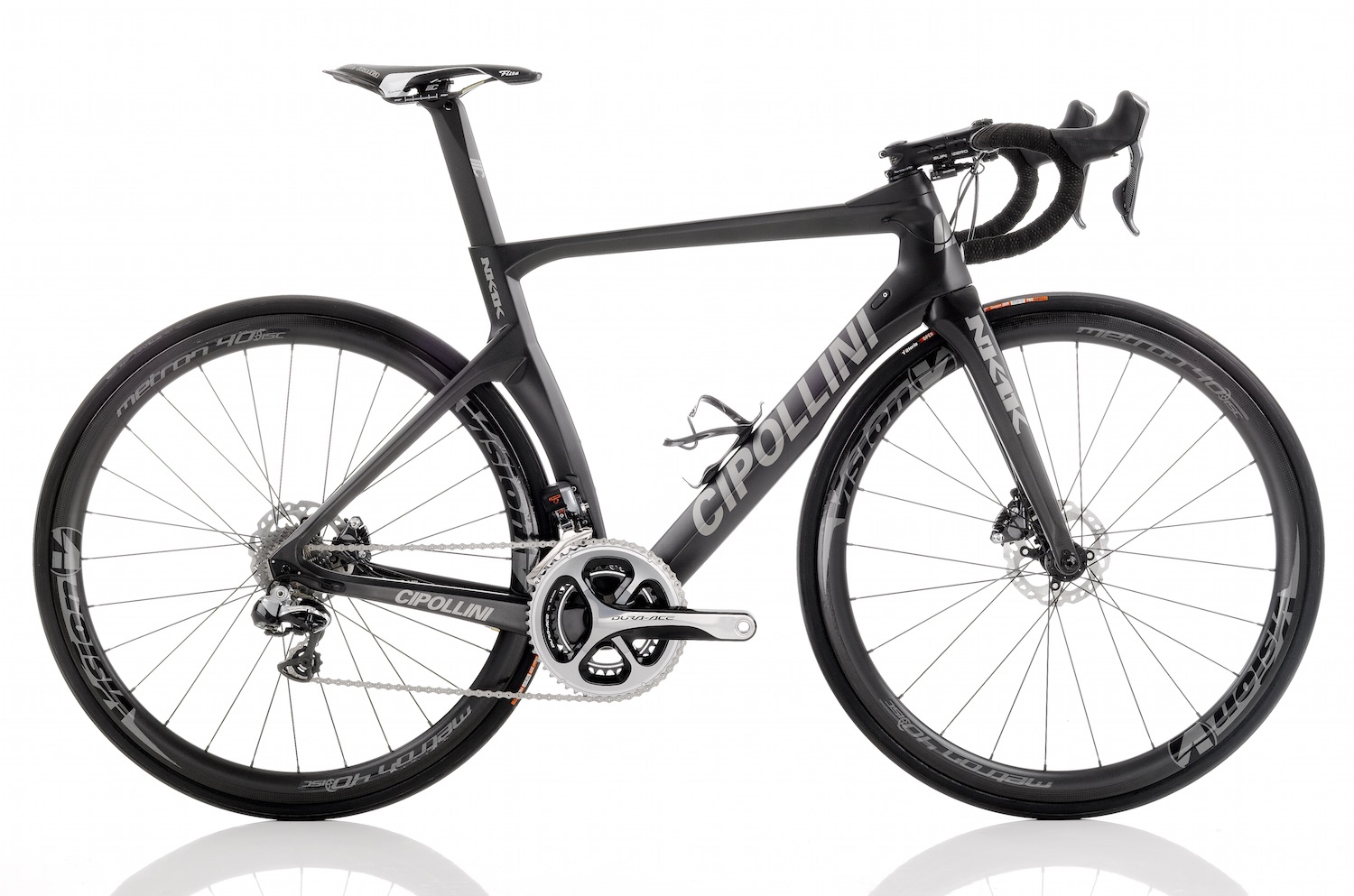 The MCipollini NK1K first dazzled cycling enthusiasts when it debuted at this year’s EuroBike show back in September, and later at North America’s equivalent – InterBike.

Just like the man himself, the new Nk1K expressed a bold sense of strength and masculinity in its design. And, while NK1K featured the latest in industry trappings surrounding the whole “aero” bike trend, there were no signs of a disc brake variant from the Italian maker.

Well, perhaps Cipo himself has had his ear to the track all along, now that the UCI has fully opened the floodgates on disc brake technology making its way into the pro peloton, because a disc brake version of the Nk1K is now on scene.

In fact, the NK1K is the first MCipollini model to offer disc brakes, incorporating the latest standards, to include flat-mount calipers, 140mm rotors, and 12mm thru-axles.

However, in addition to disc brakes, MCipollini has altered the NK1K’s geometry a tad, by offering a unique, removable front end spacer, which raises the overall head tube height by 1.6cm – similar to what Basso uses on its flagship Diamante frameset.

The new spacer design should give the Nk1K broader appeal, now that riders won’t be forced to adopt to MCippolini’s otherwise very aggressive approach to geometry.

The Nk1k disc frameset is available in the same array of groovy colors as the standard model, along with a whopping price tag of $7,299.

*Note to Campagnolo, you better hurry up with your disc brake technology, because according to Super Mario, it’s an infamnia to put Japanese components on an Italian bike!