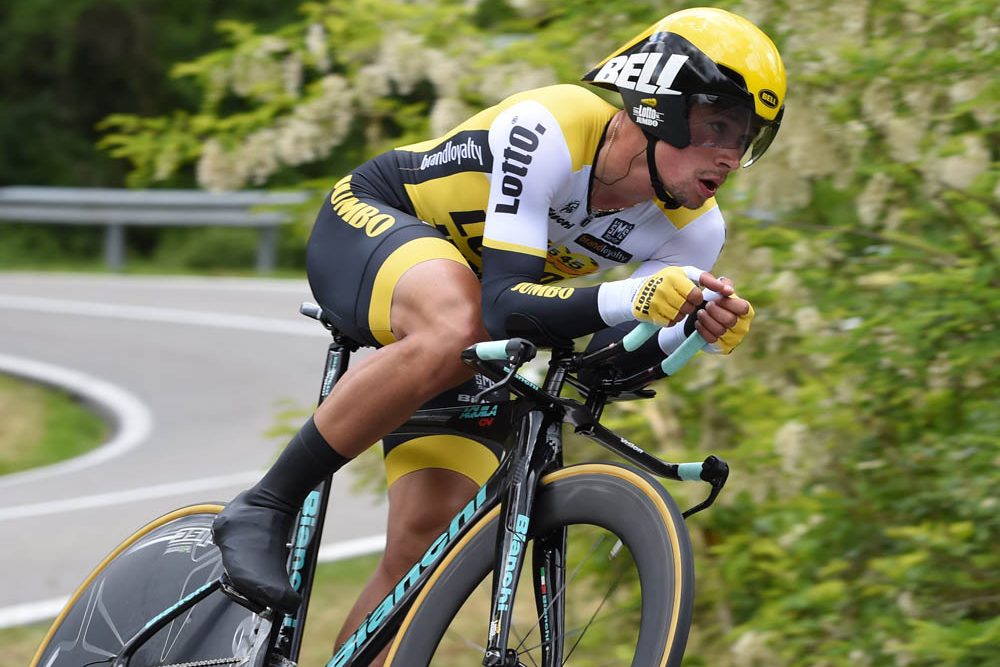 The French television program, Stade 2, which continues to claim that hidden motors are widely being used in the professional peloton, has raised suspicions regarding a bike change made by LottoNL-Jumbo’s Primoz Roglic shortly before the start of this year’s Giro d’Italia stage 9 time-trial, for which the Slovenian rider won.

The initial Stade 2 investigation was carried out in partnership with Italian newspaper Il Corriere della Sera, and one of the Milan-based daily’s journalists, Marco Bonarrigo, who appeared in this most recent report. He said he had been present at the start of the Stage 9 time trial at the Giro d’Italia when a UCI official ruled just two minutes before he set off that the bike Roglic intended to use did not comply with regulations.

According to a post on Roglic’s website on the evening of the stage, the commissaire had told him his bike was “too long” – although as Bonarrigo notes in his own report, it seems “incredible” that such as situation would arise with one of the sport’s top teams. He managed to find a replacement with just 20 seconds to spare before his start time, although as he wrote on his website, the saddle was too low, he had no water bottles and 10 kilometers into the stage, his Pioneer power meter flew off his handlebars. Despite those setbacks, the LottoNL-Jumbo rider won by 10 seconds from IAM Cycling’s Matthias Brandle.

It’s unclear whether bikes were scanned for concealed motors on that particular day, although as Stade 2 notes, with no such control at the end, a bike switch immediately prior to setting off could be one way of evading the commissaires.

Stade 2, which last week claimed UCI technical manager Mark Barfield had tipped off electric assist road bike manfacturer Typhoon to a police operation on last year’s Tour de France against mechanical doping, said it had contacted LottoNL-Jumbo for a comment but had received no reply.