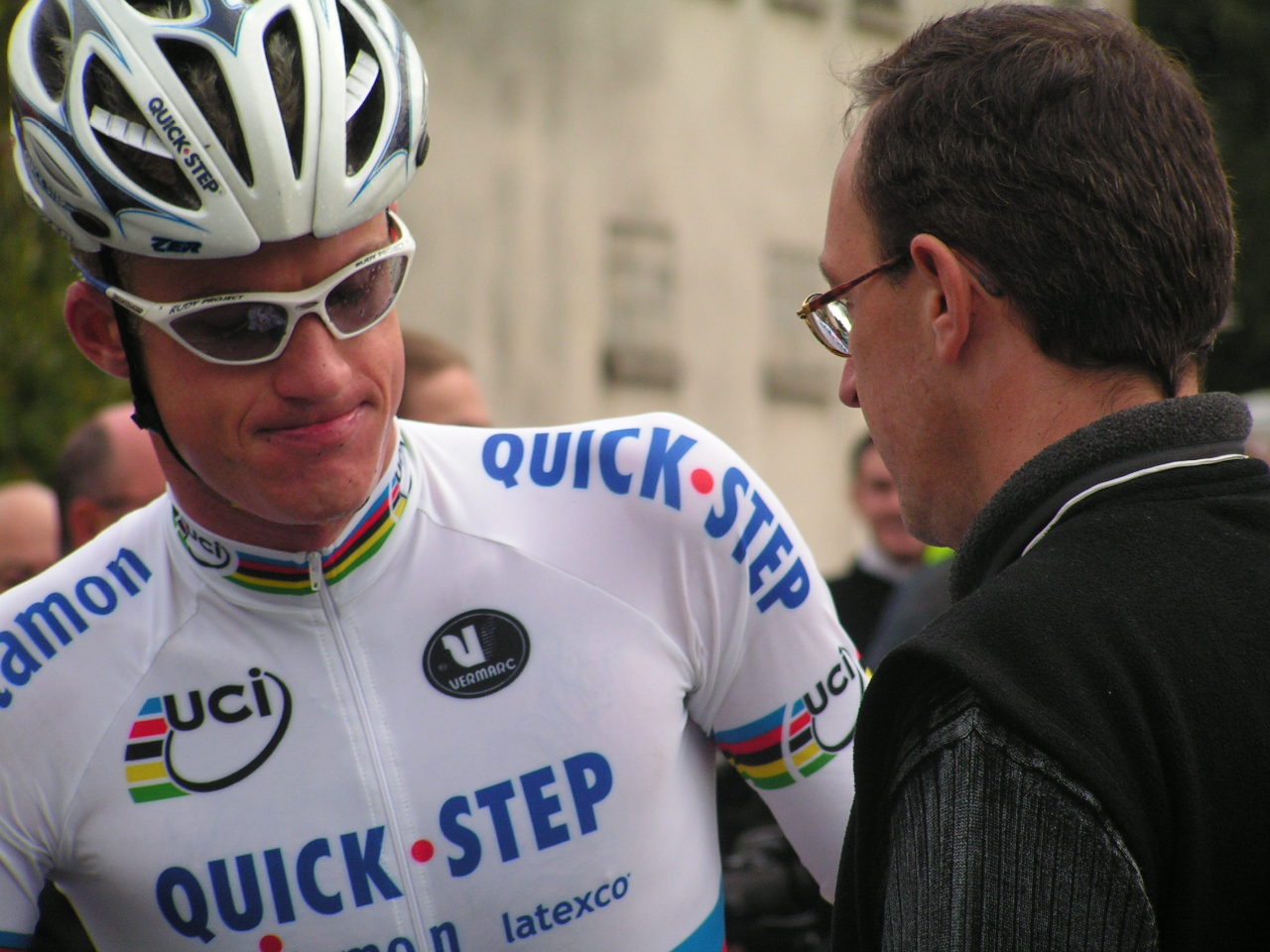 25 Apr 2016
By Campionissimo - In Uncategorized

Michael Rogers announced today, that a heart ailment has brought his cycling career to an end.

The 36-year-old Tinkoff rider, revealed that a congenital heart defect, which has worsen over the last year, is the cause for his early retirement.

Rogers has enjoyed a long history at the top of the sport, beginning with the Australian junior time trial championship in 1996 at age 16.

Following year, he won two junior track world titles, the points race and team pursuit, and followed that up the next year with a Commonwealth Games gold medal in the scratch race.

In addition, Rogers was second to José Iván Gutiérrez in the U23 time trial world championship in 1999, and then third behind Evgeni Petrov and Fabian Cancellara in 2000. He was signed as a trainee for Mapei-Quickstep in 2001, and later brought on as a neo-pro.

Rogers spent five full seasons with the Belgian QuickStep team, winning the Tour Down Under in 2002 and the Tour of Belgium in 2003, before claiming a silver medal at the World Time Trial Championships that same year.

From there, Rogers went on to successes in the Olympics Games, World Time Trial Championships, stage victories in both the Tour de France and Giro d’Italia, as well as winning the Tour of California in 2010 – while riding for such prestigious teams as T-Mobile, High Road, Orica-GreenEdge and Team Sky.

Rogers issued the following letter, bidding farewell to his fans and the sport he loves…

It’s been a fun ride

My first recollection of professional cycling was in 1986, when I was seven years old. My family was new to cycling. At the time cycling in Australia was not a mainstream sport and the only way to follow the professional peloton was via magazine subscription. Luckily my elder brothers and I were the beneficiaries of VHS recordings of the Tour of Flanders, Paris- Roubaix and the complete 21 stages of the Tour de France, posted to us by my mother’s relatives in the Netherlands.

I don’t know how many hours I spent during my childhood years engrossed in what was happening on those tapes. During my early teens my mind was solely occupied with professional cycling, so much so that my default response to the friendly request, “Let’s go hang out at the shopping mall after school” offers was plain and simply: “No”. My post- school time had already been mapped out: rush home, have a quick snack, turn on the TV and study the nuances of yet another pro race. Team names such as PDM, Panasonic, RMO – just to name a few – were the subject of long discussion during family meals. I felt like I was put on earth to become a professional cyclist. It was my dream.

It became reality. I got the job. My professional cycling career spanned 16 years. I was the first person in cycling history to win three consecutive professional world time trial championships.

I won stages at the Tour de France and Giro d’Italia.

I worked on and off the bike with exceptionally smart and talented people, created lasting friendships, smiled and laughed lots, made a bunch of mistakes, cried myself to sleep a few times, travelled the world and learned to speak foreign languages. Did I mention that I had the time of my life? All of this thanks to one dream – to become a professional cyclist. All great dreams eventually come to an end, and today it’s time to conclude mine by announcing my retirement from racing.

Recent cardiac examinations have identified occurrences of heart arrhythmia which have never been detected beforehand. This latest diagnosis, added to the congenital heart condition I was diagnosed with in 2001, means that my competitive career must end. My last race being the Dubai Tour in February.

In hindsight I’m grateful my original cardiac condition, a malformation of the aortic valve, remained stable until recently, allowing me to compete from my humble beginnings in the Australian outback town of Griffith, all the way to top of the professional ranks.

Whilst I’m disappointed to miss my 13th Tour de France and a chance to compete at my fifth Olympic Games, I’m not prepared to put my health in jeopardy. The opportunity of being a professional cyclist is that after retirement the challenge of a whole new career beckons. And even more importantly, I married the woman of my dreams 11 years ago, and together we are raising three particularly animated daughters.

I’d like to take this opportunity to thank all my former team-mates, personnel and team managers from the respective teams I raced with. The endless amounts of fun we had together will always be at the forefront of my mind. Many of you have had, and continue to have, a big influence on my life. A further mention goes to my worldwide fan base. Your support during the good times and the bad is greatly appreciated.

I’ll particularly miss the riders, personnel and management of Team Tinkoff. Owner Oleg Tinkov is by no means your typical cycling stereotype. He is a one-of-a-kind supporter of our sport and I hope he reconsiders his decision to leave cycling at the end of the year. Lastly but not least, my biggest expression of gratitude belongs to my personal team – my wife Alessia, our three children, Sofia, Matilde and Emily, my parent Sonja and Ian and brothers Peter and Deane. Since leaving home at the age of 16, everything except cycling became second priority. Subsequently I missed almost every family occasion – happy and sad. While on the subject of family, I’m happy to see the youngest generation of the Rogers family starting their own journeys within the cycling world. I hope their childhood dreams become reality, like mine did.